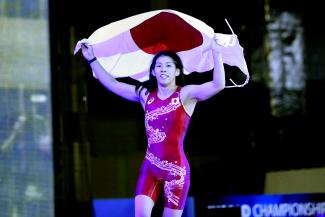 CORSIER-SUR-VEVEY (September 2) – Saori YOSHIDA (JPN) and Kaori ICHO (JPN) enter the Senior Wrestling World Championships where they left off one year ago and the year before that – on top of the United World Wrestling rankings for women’s wrestling.

Heading into the September 6-12 meet in Las Vegas, Yoshida and Icho are joined by defending world champs Eri TOSAKA (JPN) and Adeline GRAY (USA) at the top of rankings where they have gone wire-to-wire over the last 12 months.

In all, seven of the champions in the eight women’s events will be in action at The Orleans Arena. Only 55kg world champion Chiho HAMADA (JPN) has been replaced by Asian champion Anri KIMURA (JPN), following Hamada’s unsuccessful challenge to Yoshida for the 53kg position. 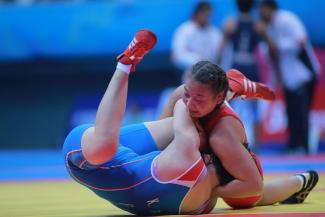 The three remaining world champions – SUKHEE Tserenchimed (MGL) at 60kg, Yulia TKACH (UKR) at 63kg and Aline FOCKEN (GER) at 69kg – have all slipped in the rankings this year, but will be at the world meet in an effort to regain their titles and secure qualification to the Rio 2016 Olympic Games.

The world championships edition of the rankings provides a brief overview of the wrestlers who will likely be competing in Las Vegas. Some changes may occur since entries do not need to be finalized until noon the day of the medical examination and weigh-in.

Wrestlers in the rankings not named on their federation’s entry list are mark “NE” or “Not Entered” while entries competing in a different weight category will be noted “[email protected]”.

Also, when a wrestler is listed as an “alternate” – No.2 or No.3 on the preliminary entry form – she is marked as “Alt” or “Alt2”.  In some cases, an alternate may be ranked while the top entry is not.

Wrestlers in this special edition of the rankings are listed by name, country code, most notable result(s) in recent years or over their careers. 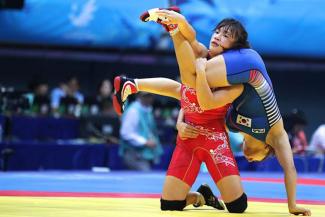 48kg – Eri TOSAKA (JPN) will seek a third straight world title while Mariya STADNYK (AZE) will look for her first title since 2009 and a berth at her third Olympic Games in a row.

53kg – Saori YOSHIDA (JPN), top-ranked in the rankings since their inception in May 2013, seeks to advance to her fourth Olympic Games in a row with the wind at her back. 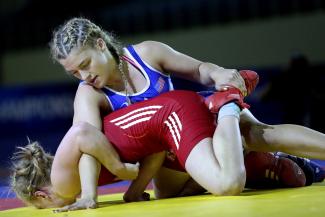 Two-time junior world champion Risako KAWAI (JPN) takes a shot at 63kg in an effort to secure her own berth to Rio 2016. 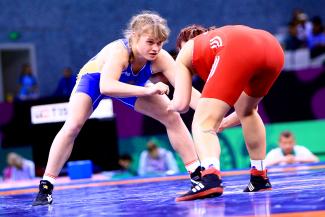 60kg – Defending champion SUKHEE Tserenchimed (MGL) has slipped to No.4 in the rankings after a lackluster year that included an early exit from the Paris Grand Prix in January and a seventh place at the Poland Open.

Sukhee’s chances of repeating at this non-Olympic weight category, however, are enhanced by the defection of eight wrestlers, including top-ranked Taybe YUSEIN (BUL), to either the 58kg or 63kg weight categories.

63kg – World champion Yulia TKACH slipped to second in the rankings after a 5-4 loss to 2014 bronze medalist Valerie LAZINSKAYA (RUS) in the finals of the European Games in June.

Two-time Olympic Games bronze medalist at 55kg Jackeline RENTERIA CASTILLO (COL) has wrestled at 63kg since London 2012, but will attempt to qualify for Rio 2016 at 58kg. 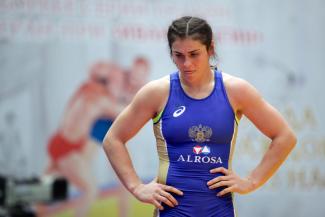 World silver medalist at 63kg Elena PIROZHKOVA (USA) moves up a weight and will have to elbow her way past a stubborn crew of opponents to reach one of the medal bouts and secure Olympic qualification. 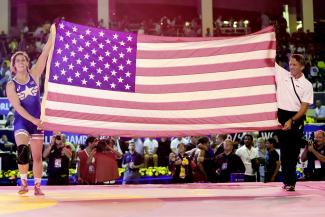 75kg – Two-time world champion Adeline GRAY (USA) seeks a third title in the friendly confines of Las Vegas.  And, while the top 10 is formidable, second-ranked Erica WIEBE (CAN), winner at the Yarygin Grand Prix and Klippan Open this year, will be watching from the sidelines.