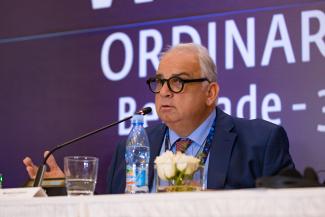 BELGRADE, Serbia (October 31) -- After a 12-month delay, the United World Wrestling held its congress Sunday, on the eve of the U23 World Championships in Belgrade, Serbia.

The congress was originally scheduled to be held in 2020 at the Junior World Championships in Tallin, Estonia but was postponed as the world battled the COVID-19 pandemic.

President of United World Wrestling Nenad LALOVIC addressed the gathering which had representation from 89 nations.

“We will continue to work together in key areas and a united effort will take us forward,” Lalovic said. “We have identified five areas where we will make a concerted and focused effort over the next five years.”

The congress discussed the improvement of the sport via youth engagement, women's wrestling, associated styles, the image of wrestling and digital transformation. 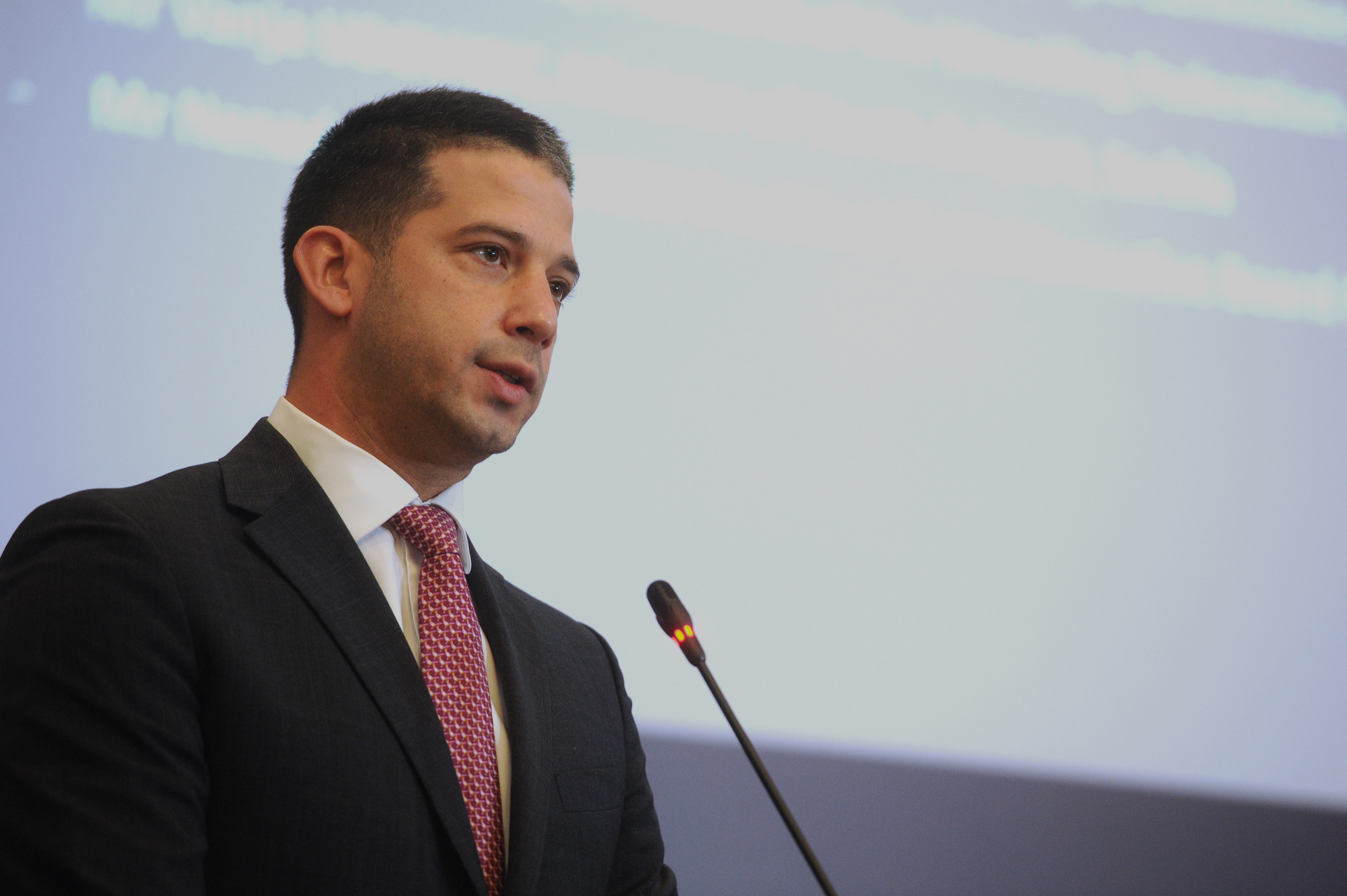 Minister of Youth and Sports of Serbia Vanja UDOVICVIC addressing the congress in Belgrade.

“Wrestling is important and is far ahead in comparison to other sports,” Udovicvic said at the congress. “At the Olympics, wrestling showed that they can be an example in organizing, marketing and online media.

“Other federations are looking towards you how they can achieve such results."

The congress also held the election of the UWW president and the bureau members along with the strategic plan for the next five years.

Six bureau members were elected during the congress and the calendar for the year 2022 was also proposed.

Lalovic said that the sport has its origin back in history and we need to respect the origins of the sport and develop the associated styles.

Amendments to the constitution, approval of the affiliation of the two nations – Cape Verde and Kuwait – were approved. In addition, reports from the Referee's and Associated Styles Commission were also presented at the congress.

The congress emphasized that to continue on their goal to be self-reliant they need an overall growth with more sponsors, engagement and take wrestling to regional and local levels.

Details of the congress are available at uww.org.