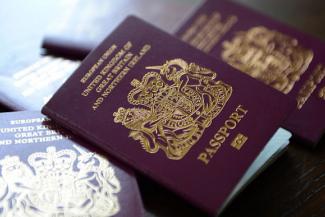 CORSIER-SUR-VEVEY, Switzerland (June 4) – As part of a larger information and media services overhaul, United World Wrestling this week released ATHENA, a new platform for athlete and competition management which will also integrate with developing online capabilities.

The system, currently in its first phase of use, will eventually allow national federations to register athletes online and pay their competition entry or engagement fee before traveling to events. The upgrades to the competition process, will also eliminate the need for federations to bring updated lists of wrestlers as the information will be printable online.

For now ATHENA will be the only place for national federations to buy annual licenses.

Because of ATHENA’s ease-of-use annual licenses will no longer be sold at competitions. For a list of fees associated with one-time or temporary licenses and more specifics please see the entire circular.

ATHENA is currently outfitted to allow for national federations to choose a preferred name for their wrestlers, helping to standardized the most common version for use in the media, including television and rankings.

Over the next several months ATHENA will begin to handle registration and accreditation of athletes, coaches, delegations and even media. The system will also allow national federations to invite other countries to their competitions, allowing for more communication between countries.

With the future addition of statistics, the media and fans will also have better access to the in-season record of athletes and a breakdown of their statistical performances.