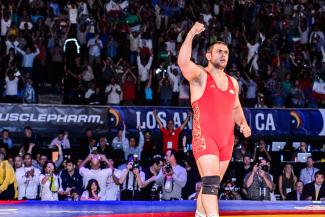 Earlier today, the International Olympic Committee announced the updated list of placements from the 120kg bracket at the '12 London Olympic Games. The article, which was posted on www.olympics.org, laid out the top eight finishers after the removal of Artur TAYMAZOV (UZB) and Davit MODZMANASHVILI (GEO).

The decision was taken during today’s meeting of the International Olympic Committee Executive Board, following the previous disqualification of a number of athletes and the results of their events being adjusted accordingly by the International Federations involved.

See the new rankings for these events below:

Therefore, the new ranking for the athletes placed from first to eighth is as follows:

The reallocation of the medals, diplomas and medallist pins can be undertaken provided that the athletes concerned are not currently under suspension for an ADRV and/or no anti-doping proceedings are currently initiated against them.

Bilyal MAKHOV (RUS) is currently suspended for an ADRV until 27 January 2024.

No immediate arrangements will  be made to present the gold medal to this athlete before the end of his suspension. BUDAPEST, Hungary (December 2) --- On Wednesday, President Lalovic traveled to Hungary to accept the Officer’s Cross of the Order of Merit of Hungary, Civilian Division award while also signing an agreement for the Hungarian capital city to host competitions, training camps and seminars.

Nenad Lalovic, president of United World Wrestling (UWW), was presented with the Officer’s Cross of the Order of Merit of Hungary, Civilian Division on behalf of President János Áder on Wednesday in recognition of his efforts to develop and popularise wrestling in Hungary and worldwide.

At the ceremony at the Kozma István Hungarian Wrestling Academy (KIMBA), the Serbian official also signed an agreement with László Süle, the academy’s curator, on a partnership between KIMBA and the UWW in the global development of the sport. Under the agreement, KIMBA will host several international wrestling events, training camps, seminars and other types of programmes. 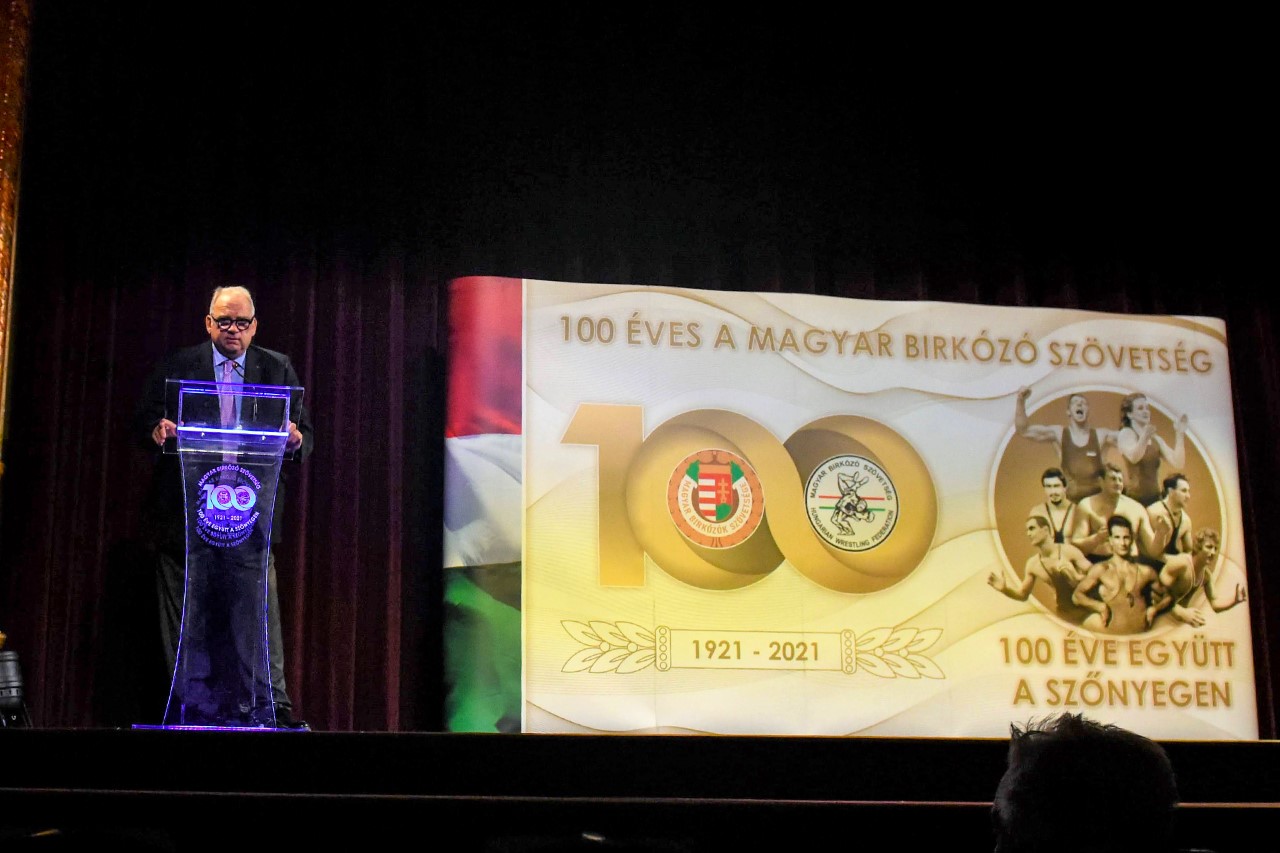 On Wednesday, President Lalovic accepted the Officer’s Cross of the Order of Merit of Hungary, Civilian Division award at the Kozma István Hungarian Wrestling Academy (KIMBA).

In his acceptance speech, Lalovic called the award a “great honour”, saying that whereas it was a recognition of the efforts of the past several years, the new agreement between UWW and KIMBA was about the future and a result of the joint efforts of Serbia and Hungary.

In the featured photo (from left to right): Nenad Lalovic and Szilárd Németh, president of the Hnugarian Wrestling Federation and vice president of Fidesz. Photo by Tamás Kovács/MTI