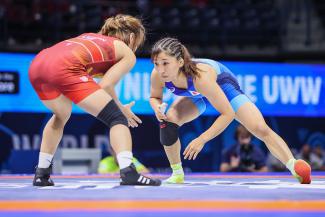 ZAGREB, Croatia (January 20) -- Wrestling fans will be treated to a grand season-opening Ranking Series event as Zagreb Open will see close to 600 wrestlers on the mat next month.

All three styles have big stars coming to set the tone for an important season which also includes Paris Olympics qualifying World Championships in Belgrade, Serbia.

Women's wrestling will see a strong Japanese team including world and Olympic champion Yui SUSAKI (JPN) entered for the competition. Most of the Japanese team comprises the winners of the Emperor's Cup from December. The USA is also bringing a strong women's team with Helen MAROULIS (USA), Kayla MIRACLE (USA), Yelena MAKOYED (USA) among others.

Canada, China and India will also be represented by strong squads and the competition will see most wrestlers shifting to Olympic weight classes as well.

The Greco-Roman battles will restart as Iran, Azerbaijan and Hungary are bringing full squads. Most of the European countries are also entered means the likes of the Sterkenburg twins from the Netherlands and Turpal BISULTANOV (DEN) are also entered.

The competition begins February 1 with freestyle followed by women's wrestling and ending with Greco-Roman.

All the live action and highlights can be accessed at uww.org or on the official UWW app. 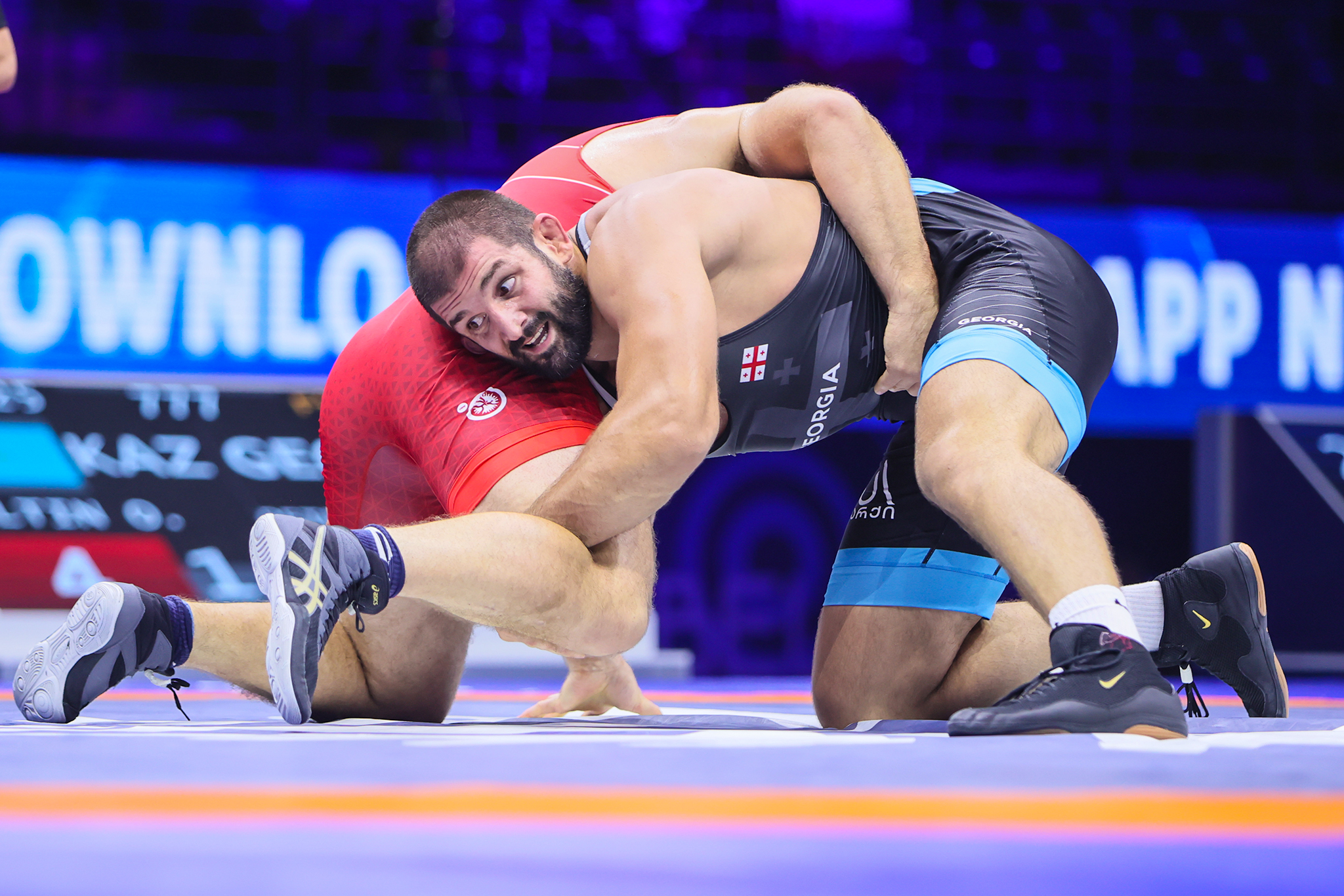 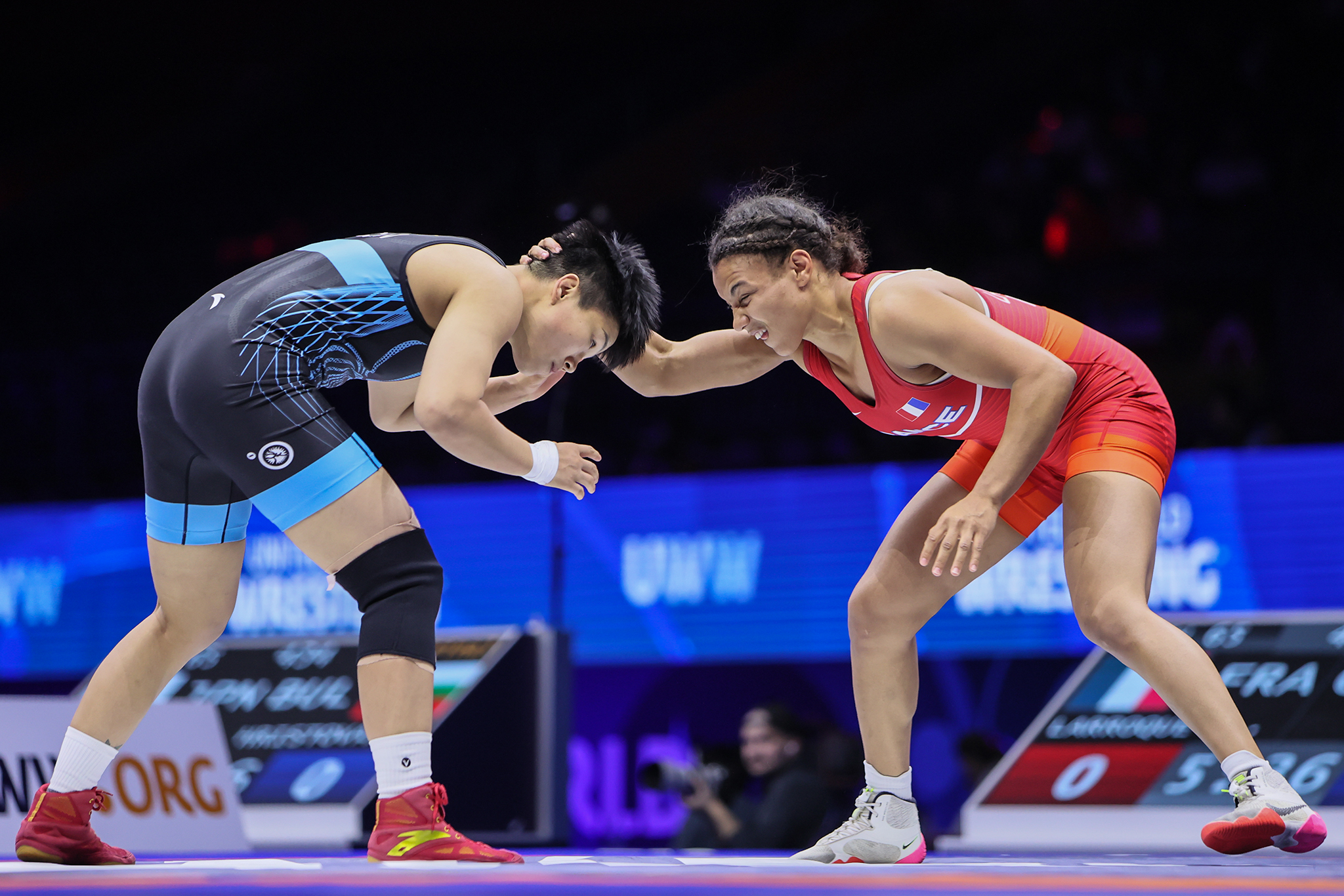 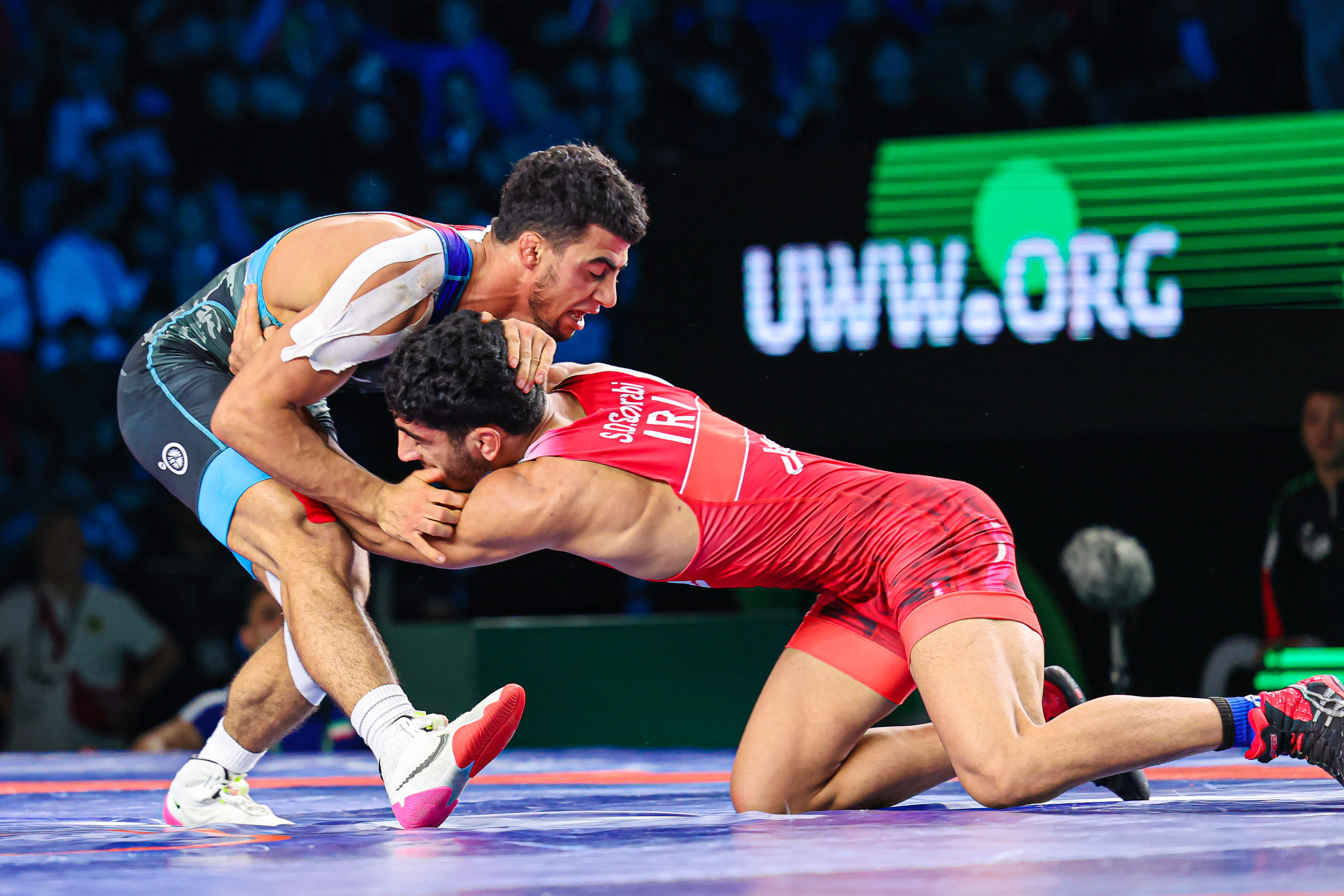 ZAGREB, Croatia (January 26) -- If you are wondering what wrestling will offer this year, Zagreb Open is a perfect curtain-raiser in a year that will see the Olympic quota offering World Championships in September.

Close to 550 wrestlers are entered for the season-opening Ranking Series event with Olympic, world and continental medalists gearing up for the all-important event in September.

In other weight classes, a rematch between Aliyev and Muszukajev is on the cards at 65kg. The bout can end up becoming a thriller as Aliyev hopes to avenge his European Championships final's loss. Sebastian RIVERIA (PUR), SUJEET (IND) and Joseph MC KENNA (USA) are also entered.

The Olympic weight classes are packed with strong wrestlers as is the case in 74kg. Yones EMAMI (IRI) will be hoping to get a bout against two-time World Championships silver medalist Tajmuraz SALKAZANOV (SVK). Dzhabrail GADZHIEV (AZE), Avtandil KENTCHADZE (GEO) and Jason NOLF (USA) will be challenging them at the weight classes and hoping to pull off an upset or two.

Ali SAVADKOUHI (IRI), who became the first Iranian to beat Jordan BURROUGHS (USA) last month at the World Cup, will wrestle at 79kg. A rematch with Burroughs would have been a treat for the fans but he will have to contend with Chandler MARSTELLER (USA) for now.

One of the biggest names in freestyle wrestling -- Hassan YAZDANI (IRI) -- is entered at 86kg and will be the main attraction. While the favorite to win the gold, he will have Abubakr ABAKAROV (AZE), Myles AMINE (SMR), Boris MAKOEV (SVK), Zahid VALENCIA (USA) and Mark HALL (USA) challenging him throughout the bracket.

A big match at 92kg is between world bronze medalists Osman NURMAGOMEDOV (AZE) and Miriani MAISURADZE (GEO) with Kollin MOORE (USA) also in the fray to secure the top medal.

Zare will look to forget the heartbreaking loss at the World Championships semifinals and start the season on a bang in Zagreb. He will have little challenge but Robert BARAN (POL) and Hayden ZILLMER (USA) can be the dark horses. 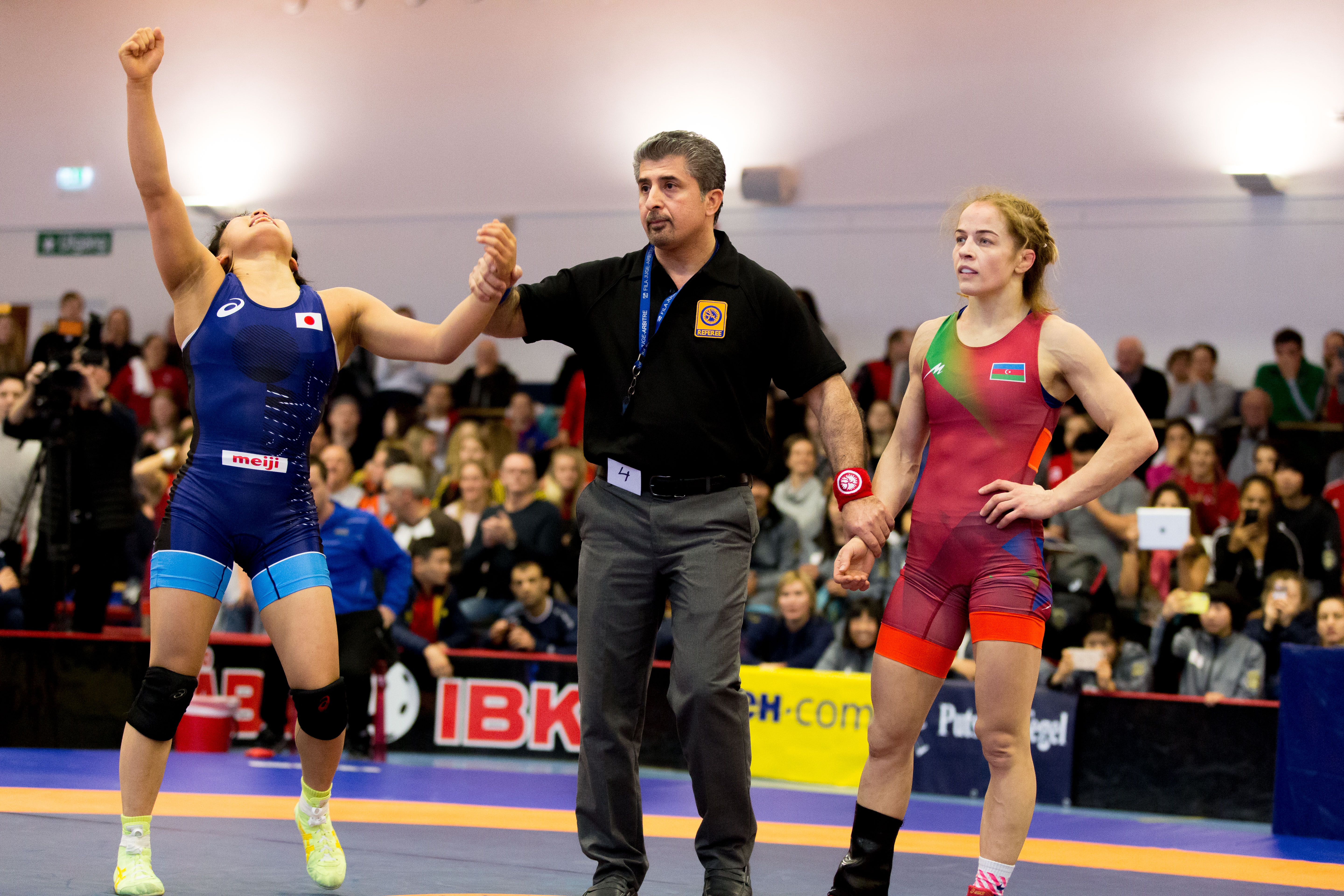 Now that Japan is returning to Ranking Series events, most teams will get a taste of what to expect at the World Championships. The team last competed at the 2018 Klippan Lady Open where Yui SUSAKI (JPN) first defeated Mariya STADNIK (AZE).

Susaki will now be returning for her second-ever event and she will see Stadnik. Both are entered at 50kg and are expected to meet in the final if not earlier.

Susaki has, since the Tokyo Olympics, won her third world title and added a U23 world gold as well while Standik will be returning to the mat for the first time after the Tokyo Games apart from one appearance at the Islamic Solidarity Games.

China is sending a big squad with three wrestlers in most weight classes and it is a team that can spring any surprise on a given day.

Even at 53kg, the field has three athletes from China and Canada while former European champion from Ukraine Stalvira ORSHUSH (HUN) will now be wrestling for Hungary. But it's the return of 2021 world champion Akari FUJINAMI (JPN) will be the biggest positive for Japan. She missed the international season after the Asian Championships in Mongolia but will be back for the Ranking Series event.

World champion in 2022 Dominique PARRISH (USA) is also entered in the field and a bout against Fujinami will be a big test for the USA wrestler.

Helen MAROULIS (USA) will be the favorite to win the 57kg weight class but with Ningning RONG (CHN), Sae NANJO (JPN), Anastasia NICHITA (MDA) and Anhelina LYSAK (POL) also entered, it won't be a cakewalk.

Nichita, the world champion at 59kg, will be moving down to 57kg as she begins her preparation to qualify for a second straight Olympic Games later this year. She failed to win a medal at the Tokyo Olympics.

A few wrestlers have moved to 62kg as well. Grace BULLEN (NOR), who was second to Nichita at 59kg, will debut at 62kg. Also changing the weight class are Elis MANOLOVA (AZE), Jia LONG (CHN) and Viktoria VESSO (EST).

But one name that can surprise all is Sakura MOTOKI (JPN). The bronze medalist at 59kg moved up to 62kg at the Emperor's Cup and defeated world champion Nonoka OZAKI (JPN) to secure her spot on the team.

Koumba LARROQUE (FRA), Fend ZHOU (CHN) and Irina RINGACI (MDA) are the big names at 68kg with both European wrestlers still trying to adjust to the weight class while Zhou is a veteran of the weight. 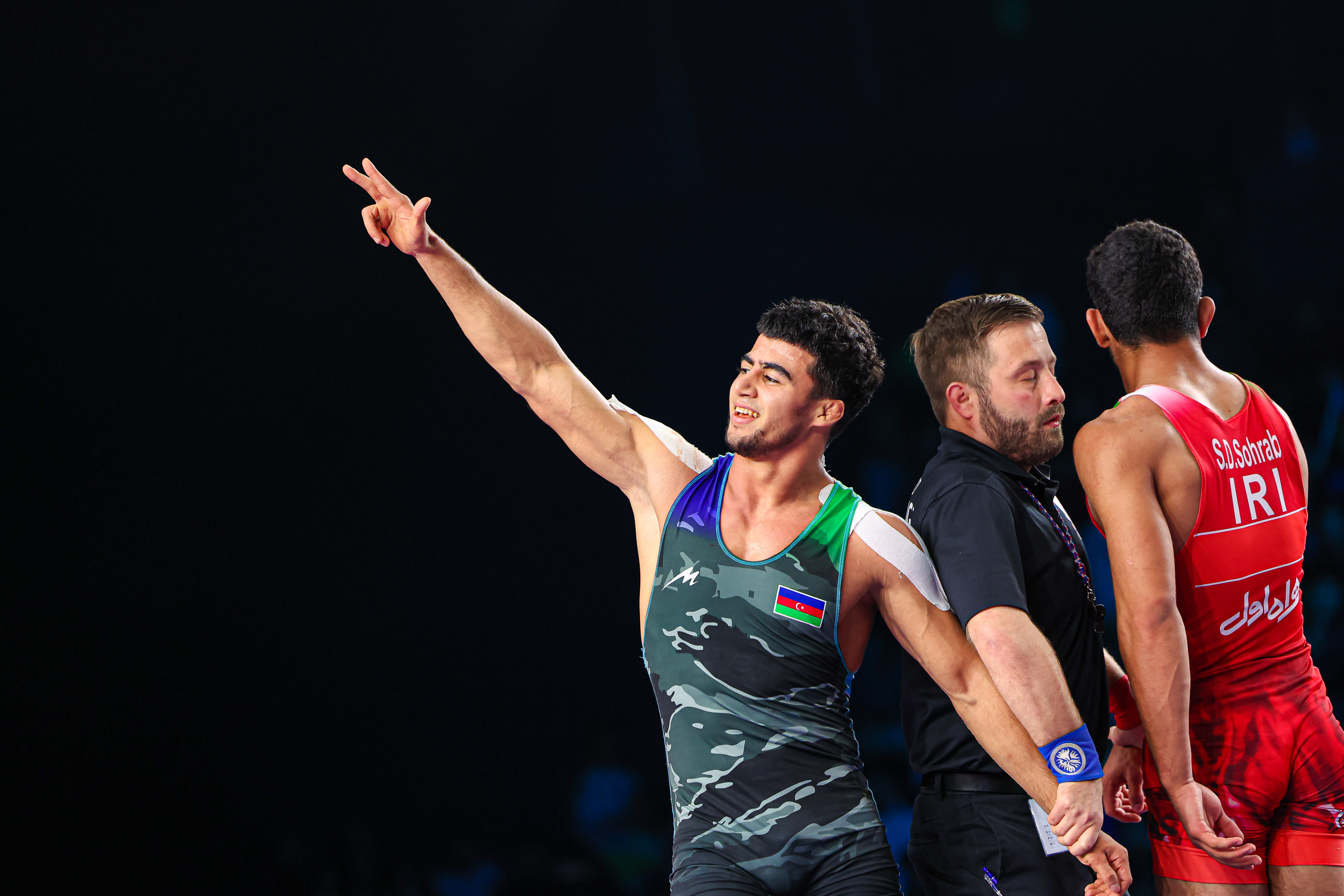 A much-awaited rematch between Eldaniz AZIZLI (AZE) and Poya DAD MARZ (IRI) can come at 55kg. Both Iran and Azerbaijan are bringing strong squads for the tournament.

At 60kg, Murad MAMMADOV (AZE) and Nihat MAMMADLI (AZE) will represent the country while Iran has Mehdi MOHSEN NEJAD (IRI) and Amirreza DEHBOZORGI (IRI). It may well be that the four end up winning the four medals.

Hasrat JAFAROV (AZE) will have a chance to make his head-to-head record against Seyed SOHRABI (IRI) two each after winning their last bout at the World Cup in Baku. That loss must be hurting Shorabi as he had defeated Jafarov on two previous occasions.

Apart from the two youngsters, another young star Abror ATABAEV (UZB) is hoping to make a mark in Zagreb. Also entered at 67kg is Olympic champion Luis ORTA (CUB) who has jumped from 60kg to 67kg in one year.

A lot of action can be expected at 77kg as Sanan SULEYMANOV (AZE), Aik MNATSAKANIAN (BUL), Zoltan LEVAI (HUN), Alexandrin GUTU (MDA) and Yunus BASAR (TUR) give a glimpse of the European Championships.

Iran is sending Mohammadali GERAEI (IRI) in a bid to test his ability as the aging warrior tries to regain his lost glory.

Both Burhan AKBUDAK (TUR) and Jalgasbay BERDIMURATOV (UZB) wrestled in an epic World Championships final at 82kg but both are moving up to 87kg and will make their debuts in Zagreb. Islam ABBASOV (AZE) will be returning after a long injury lay-off which kept him out of the World Championships as well. World silver medalist Turpal BISULTANOV (DEN), Istvan TAKACS (HUN), Tamas LEVAI (HUN) and Marcel STERKENBURG (NED) are also entered.

At 130kg, Oscar PINO HINDS (CUB) will be appearing for Cuba and moving closer to the World Championships in which he will try to qualify for the Paris Olympics. If four-time Olympic champion Mijain LOPEZ (CUB) does return for the Paris Games, Pino will have the option of qualifying in freestyle.