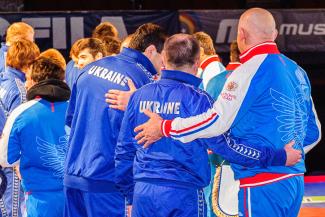 CORSIER-SUR-VEVEY (April 6) – With the United States at political odds with Russia, only a few days removed from agreeing to an international nuclear deal with Iran, and enjoying thawed relations with Cuba, the stage is set for the Men’s Freestyle World Cup to once again become a focal point on the discussion of sports-based diplomacy.

Unlike many non-contact sports, wrestling -- a combat sport without striking or intentional injury -- showcases sport’s important role in facilitating the peaceful meeting of at-odds nations in a competitive yet friendly format.

Last year’s Freestyle World Cup became an international news story when teams from Russia and Ukraine showed incredible sportsmanship even as their countries were involved in a game of international brinksmanship over disputed territories.

With the crisis threatening to boil over teams from Russia and Ukraine met in the early rounds of World Cup competition, exchanging flags, handshakes and hugs on the mat, while also sharing dinners and conversations in the team hotel -- their country's political differences and impending conflict relegated to the sidelines.

“[The World Cup] was a really great event, and also a great opportunity to bring us, Russia and Ukraine, closer together,” said Russian team leader Christakis Alexandridis during last year’s World Cup.

The history of wrestling diplomacy at the Freestyle Wrestling World Cup extends back to May of 2013 when the Iranian Wrestling Federation hosted the event in Tehran, drawing a record crowd of more than 10,000 spectators to their competition hall. 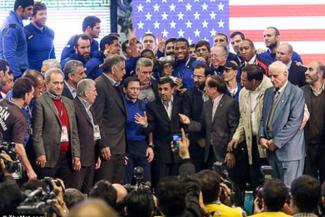 At the center of that event’s focus was the dual meet between host Iran and the United States. The countries, then at political odds, met on the mats with Iran defeating the United States, 6-1. Only Olympic champion Jordan BURROUGHS won his match for the American squad, an accomplishment met with an impressively raucous and magnanimous reception by the Iranian fans.

The teams later met and posed for a group photo with then-President of Iran Mahmoud Ahmadinejad, an occasion that became international news. Burroughs boiled down that meeting, which could have been interpreted in a million ways, to its truest importance. 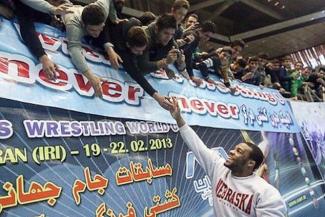 The 2015 Men’s Freestyle World Cup seems poised to once again promote this peaceful sporting relationships between countries with political challenges. Teams from the USA and Cuba are already scheduling several off-the-mat mat interactions in the shadow of their country’s recent agreement to improve diplomatic relations. 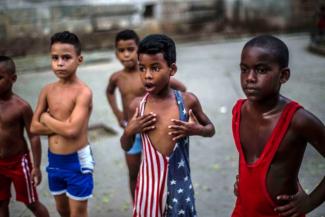 “We expect another successful event between competitors, but we also see the value in the fair play and camaraderie between teams whose nations are sometimes at political odds,” said United World Wrestling president Nenad Lalovic. “The World Cup is a great showcase for the values important in our sport.” 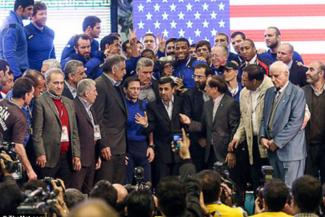 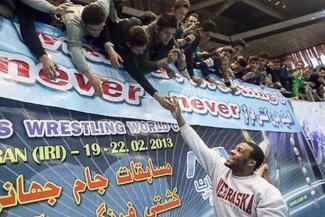 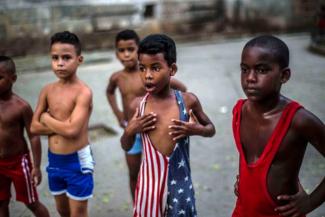