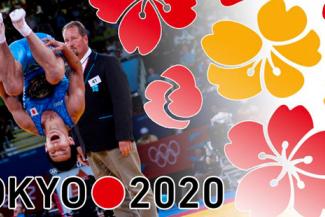 ""I want to offer my sincere gratitude to each member of the International Olympic Committee that voted to save Olympic wrestling today,"" said President Lalovic. ""With this vote, you have shown that the steps we have taken to improve our sport have made a difference. I assure each of you that our modernization will not stop now. We will continue to strive to be the best partner to the Olympic Movement that we can be.""

President Lalovic continued, ""I also wish to offer my appreciation and admiration to the leaders and supporters of the squash and baseball/softball bids. Each of their campaigns was well organized and showcased a passion for their respective sports.""

FILA's campaign to Save Olympic Wrestling dramatically reshaped one of the world's oldest sports. FILA has taken several ground-breaking steps over the last several months including: innovative rules to encourage competition, new distribution of weight classes to increase opportunities for women and an enhanced social media profile. These changes were supported by a special Save Olympic Wrestling meet in Ancient Olympia, Greece, that featured the first-ever women's wrestling match at the birthplace of the Olympic Movement.

""To the millions of wrestlers, supporters and fans around the world that came together to save Olympic wrestling; I offer a very big thank you,"" continued President Lalovic. ""Every one of you fought very hard for this victory. Now we must remain united to make certain we live up to the expectations that have been placed on all of us by virtue of this vote.""