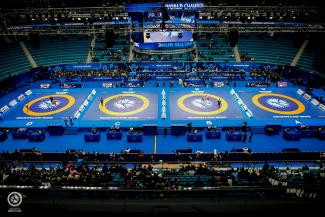 CORSIER-SUR-VEVEY, Switzerland (February 3) -- United World Wrestling confirmed this week that due to the CAS decision towards RUSADA the location of the 2022 and 2023 Senior World Championships have been shuffled.

Additionally, one of the four Beach Wrestling World Series Stops, originally planned to be hosted by Russia, will be moved. An alternate city is being explored and will be confirmed in the coming weeks.

"We are respectful of the CAS decision, WADA’s position and have adapted the schedule accordingly," said UWW president Nenad Lalovic. "We recently held the Individual World Cup in Belgrade with great success and believe that Russia will be a fantastic host nation in 2023."

The 2023 World Championships will be the first qualification event for the 2024 Olympic Games in Paris with the top six finishers in each Olympic weight category qualifying a spot for their nation.