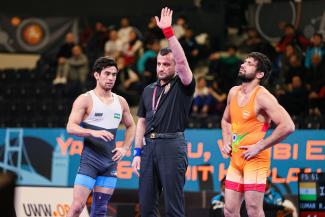 ULAANBAATAR, Mongolia (April 12) -- After a three-year gap, China and Japan make their return to the Asian Championships. The participation of the continent's most dominant teams automatically increases the quality of wrestling -- especially women's wrestling -- at next week's tournament in Ulaanbaatar, Mongolia.

As few rivalries will be revived, and some fresh faces will also be in action, the tournament becomes a must-watch for wrestling fans around the world.

United World Wrestling has also picked three rivalries that will be the highlight of the tournament.

Kumar and Abdullaev only wrestled once in six years. But in the last 10 months, they have wrestled three more times. Two of the most exciting wrestlers at 57kg keep raising the bar every time they meet on the mat, and out of the four, only one bout has been one-sided.

Back in 2016, the two clashed in the repechage round of the Junior World Championships, where Abdullaev defeated Kumar, 12-7. The bout in France had Abdullaev using his well-timed attacks and later kept Kumar's attacks at a distance. Kumar wore out the Uzbekistan wrestler but could not finish his attacks and only scored three takedowns.

The two met five years after that bout with Kumar winning 10-0 in the first round at the Poland Open Ranking Series event last year. But Abdullaev avenged that loss with a 7-5 win in the final of the same tournament at 61kg.

Their most recent meeting was at the Yasar Dogu Ranking Series event in Istanbul and undoubtedly it was the match of the tournament. At 61kg, the two collided in the final and the back-and-forth bout saw the lead change hands four times. Kumar won 11-10 thanks to a four-point throw from the Indian.

While Kumar has won the Asian title, World bronze and Olympics silver medal, Abdullaev has shown signs of being one of the best in the weight class. He was seconds away from upsetting world and Olympic champ Zavur UGUEV (RWF) in Tokyo and has always troubled Kumar.

His sneaky attacks and Kumar's constant high-pressure wrestling will be on display in Ulaanbaatar and Abdullaev would like to survive the six minutes to once again lead in the head-to-head record.

The two can only meet in the final of the 12-man bracket as Kumar is seeded number one and Abdullaev in the second spot. 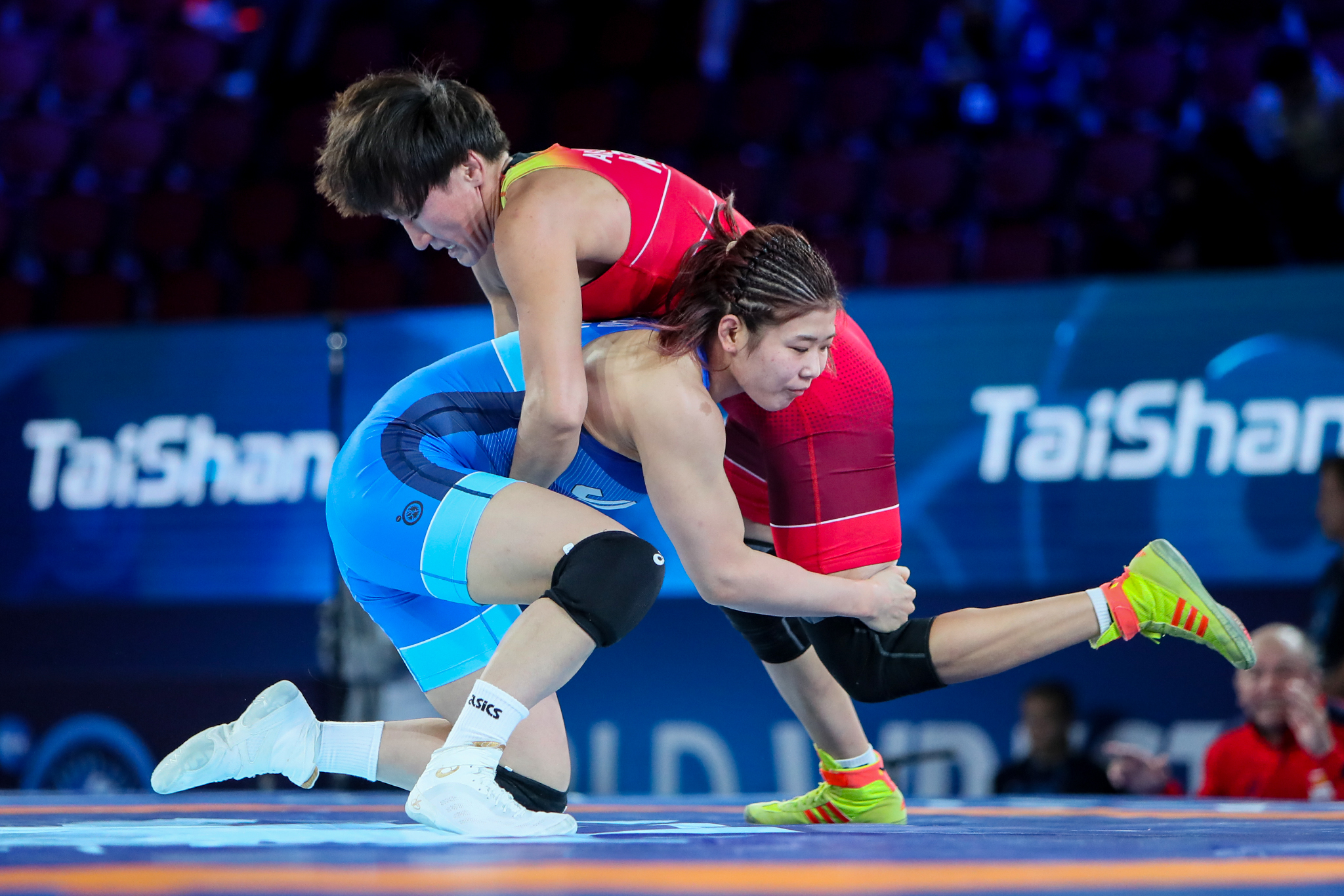 Tynybekova is a two-time World champion and Olympic silver medalist. Ozaki has only lost once since making her cadet debut in 2018. When the two clash in Ulaanbaatar, it could Ozaki's arrival on the big stage.

At the Oslo World Championships, the two met in the opening round at 62kg and Ozaki took a 4-0 lead at the break and Tynybekova looked in deep trouble. Ozaki's quick attacks did catch Tynybekova off-guard. But as clutch as she is, the Tokyo silver medalist responded with two takedowns and added another late in the bout to win 6-4.

Ozaki, 19, was let down by her inexperience but may come better prepared for a rematch. The two can only meet in the final being the top-two seeds.

Tynybekova will have to return to her previous levels after suffering a first-round loss at the Ranking Series event in Istanbul against Lais NUNES DE OLIVEIRA (BRA).

Ozaki, who would have noticed that loss, will be fresh after coming off with a gold-winning performance at the Queen's Cup in Japan. 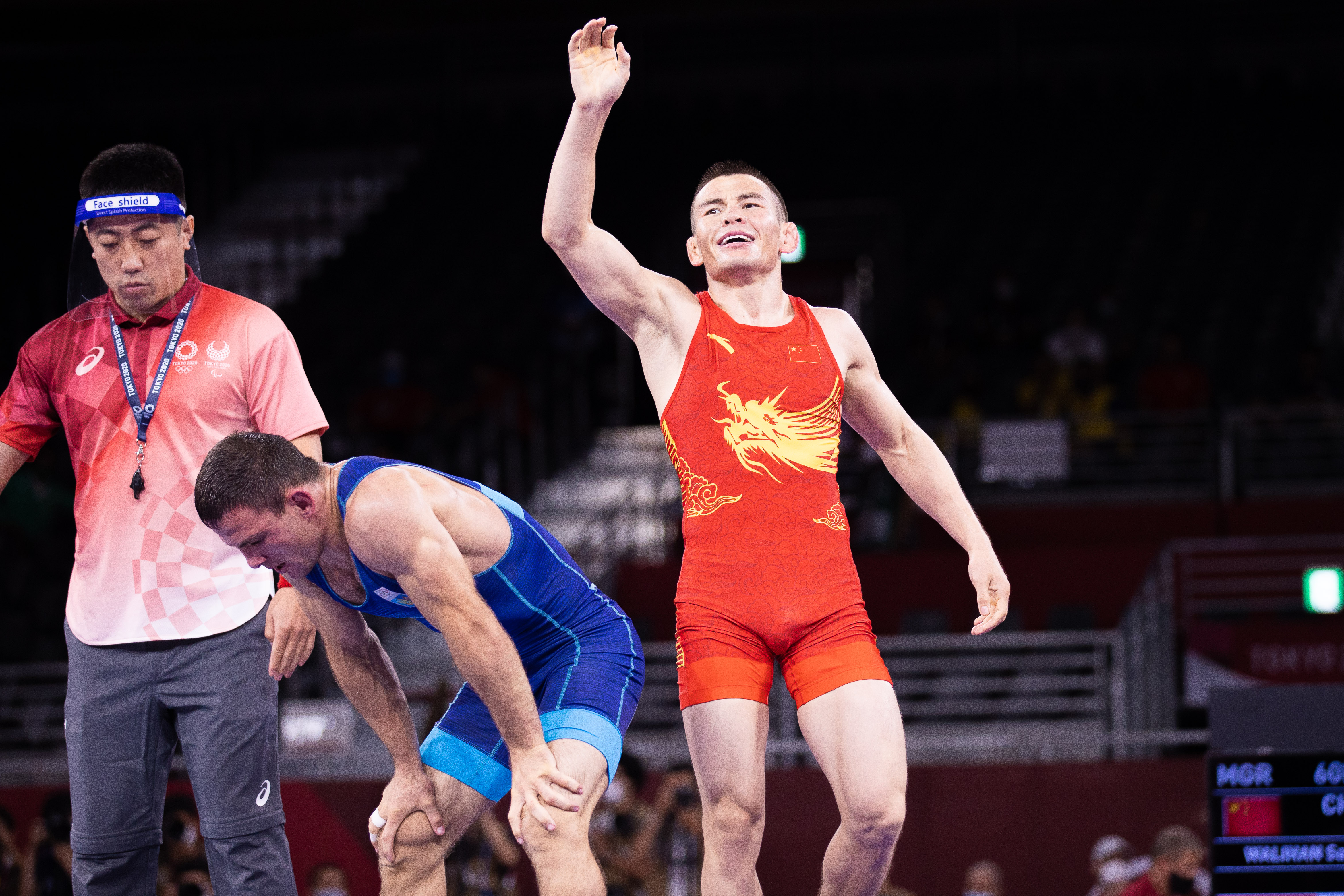 Walihan and Ryu were at the Tokyo Olympics but in different weight classes. The Chinese wrestler rose above expectations to win the bronze medal at 60kg while Ryu finished seventh at 67kg. But with Walihan jumping up to 67kg, the two are most likely to meet in Ulaanbaatar.

As the two have never wrestled before, it will be a test for Walihan as he is increasing his weight to compete in a very loaded field at 67kg. His opponent Ryu is a two-time world champion and is the last of the cream of Korean Greco-Roman wrestling. Using his experience and skill set, he will be the favorite against Walihan.

But Ryu must be aware that Walihan's defense in Asian Olympic Qualifiers and later the Olympic Games gave him win to first reach Tokyo and then win China's first Greco-Roman Olympic medal since 2008, respectively.

Ryu is seeded number one and Walihan is unseeded in the weight class which means that the two can clash in any match of the bracket.

All the action in Mongolia begins next Tuesday, April 19-24, and can be followed live on www.uww.org.