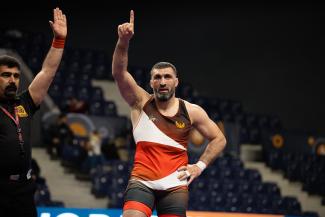 The former Olympic bronze medalist had only one piece of advice for the rest of his team members -- wrestle until the final whistle.

Using his experience, Assakalov led a trio of Uzbekistan wrestlers to gold-medal wins on the first day of the tournament, including the 97kg title for himself.

"It was Uzbekistan's day," Assakalov said. "I am the leader of the team, and they follow me. But everyone fought really well today. Even the wrestlers who could not win gold fought until the end."

Islomjon BAKHRAMOV (UZB) caused a stir at 63kg when he blanked world champion Victor CIOBANU (MDA) in the final. At 67kg, Mahmud BAKHSHILLOEV (UZB) shut down Morten THORESEN (NOR) to win gold, 5-2. Their third champ was Assakalov, who defeated upcoming Finish wrestler Arvi SAVOLAINEN (FIN), 5-1, in the 97kg gold-medal bout.

Azerbaijan and Kazakhstan had a solo champion each.

But with a mix of youth and experience, Uzbekistan stole the show.

Debuting at 97kg, Assakalov set an example about how to wrestle without pressure. He had a remarkable day overall outscoring his opponents 26-4.

Against Arvi SAVOLAINEN (FIN), who finished fifth in Tokyo, Assakalov was in complete control. Savolalian admitted that wrestling the veteran was a lesson for him.

"I usually wrestle in Europe so it was good to get some bouts against Asian wrestlers," he said. "I wrestled two from Kazakhstan, one from India and even the veteran Assakalov. I learned that I can beat them it's just a matter of who's day it is."

Thursday was clearly Assakalov's as he managed to get a four after beginning with a stepout. The throw from a headlock caught his opponent off guard. He was called passive in the second period but his 5-1 lead was enough to give him the gold.

Having Rio bronze medalist Elmurat TASMURADOV (UZB) in the corner was of great help  for the young team. Tasmuradov was a constant among all the gold medal bouts. 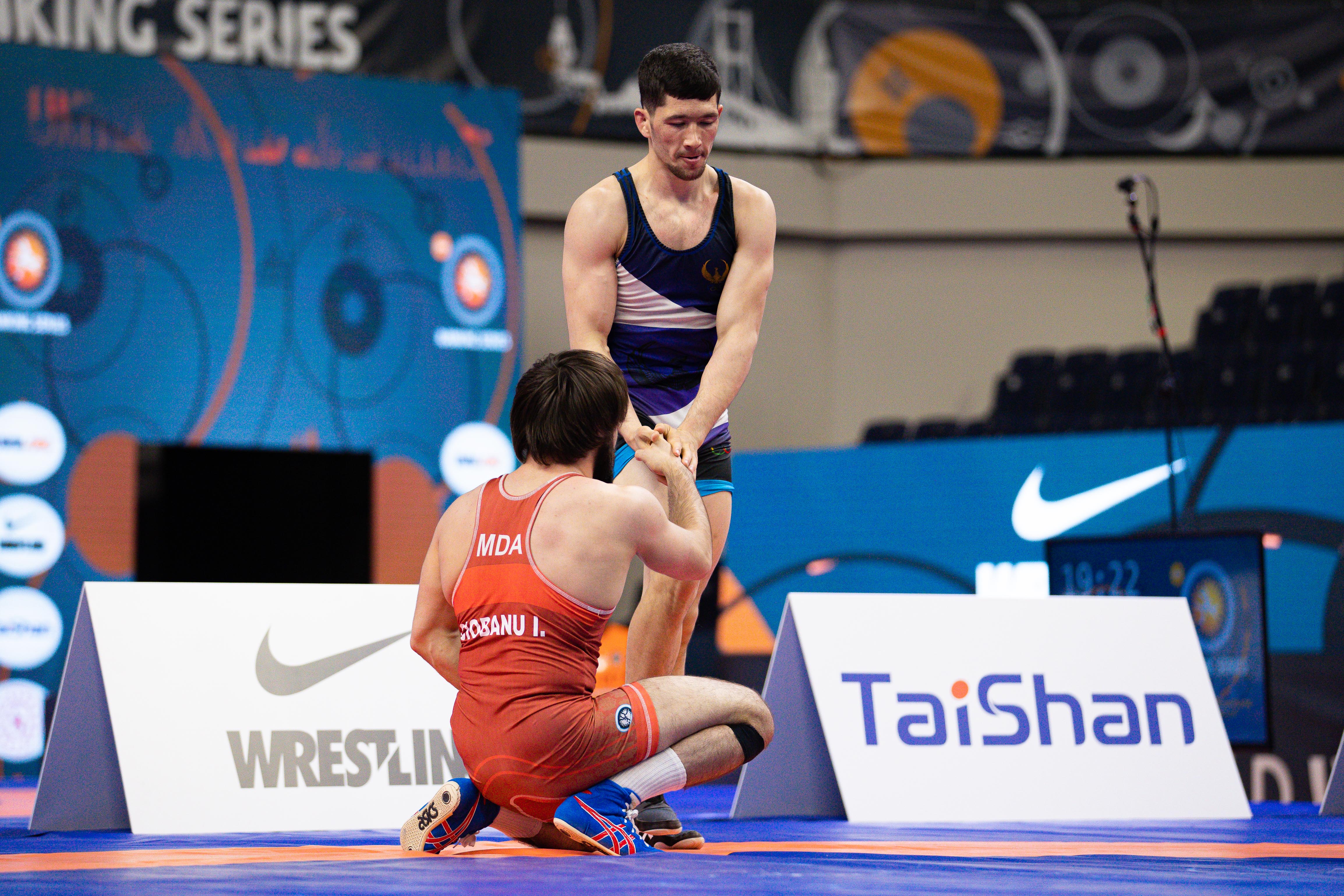 At 63kg, Ciobanu, hoping for a winning start to the season, ran into the buzzsaw Bakhramov in the final.

Bakhramov, born in Samarkand, took no time in building a 5-0 lead after Ciobanu was hit with passivity. The Uzbek extended his lead to 7-0 after Ciobanu was called for fleeing the mat. The former Asian champion closed out the match before the conclusion of the first period with a takedown and won the match, 9-0.

Bakhramov scored a win via fall over Taleh MAMMADOV (AZE) in his first bout before defeating Dastan KADYROV (KGZ), 9-1, in the semifinals.

Bakhshilloev followed Bakhramov by beating Thoresen, who was called passivity and gave up two rolls from the par terre position. Coming into the second period, Bakhshilloev led 5-0 but surrendered an inactivity point and a stepout, cutting his lead to 5-2.

The group will now fly to Mongolia for the Asian Championships and try to challenge Greco-Roman powerhouse Iran at the continental championships. 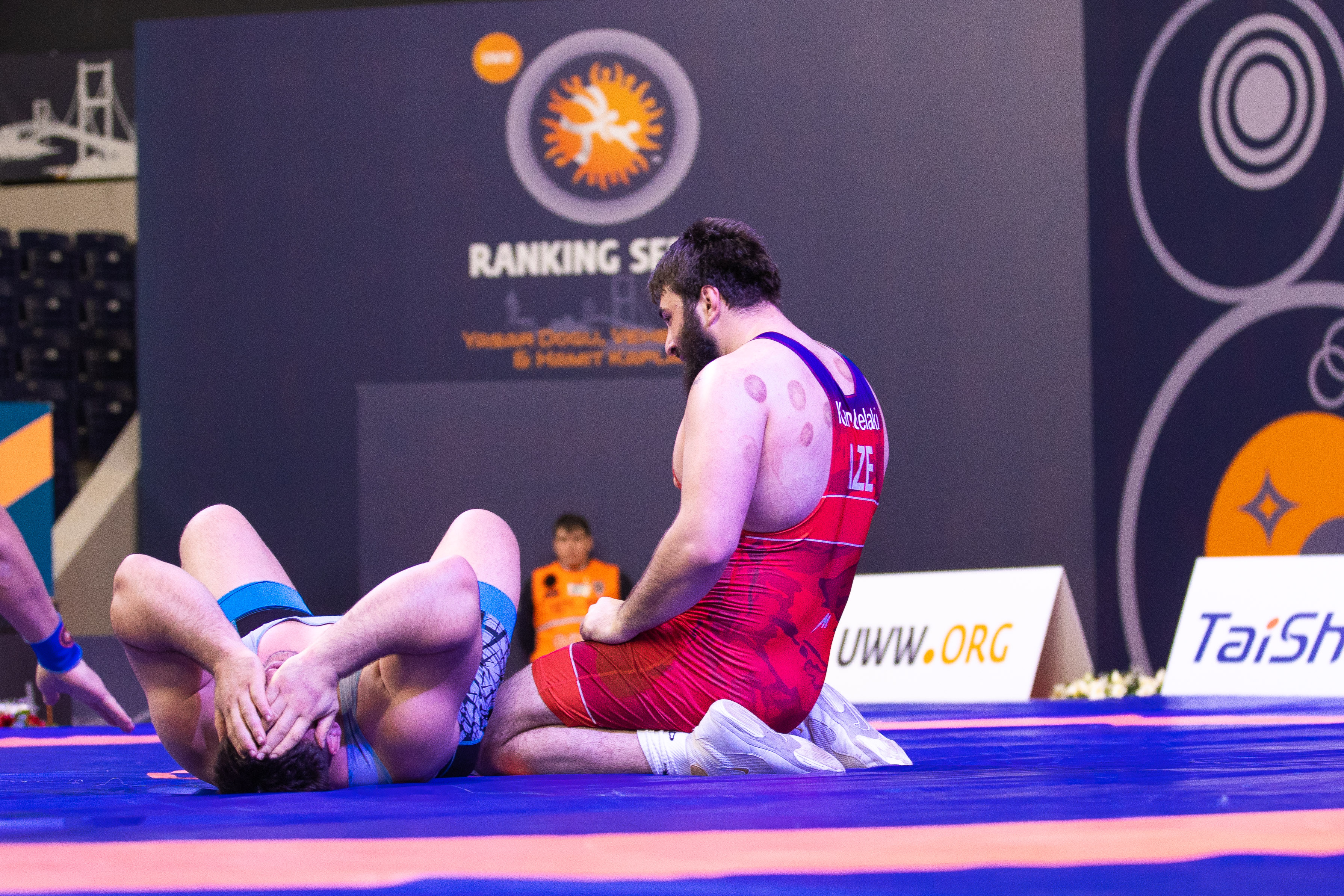 Kayaalp was on his way to another Ranking Series gold, but Beka KANDELAKI (AZE) clamped his arm mid-roll and flattened the four-time world champion to his back, and secured a pin, silencing a hostile local crowd.

But the 130kg still went to Turkey as Yildirim defeated the Azerbaijan wrestler, 3-1, in the final.

Kayaalp came back to win the bronze medal, warming himself up for the next month's European Championships in Budapest. 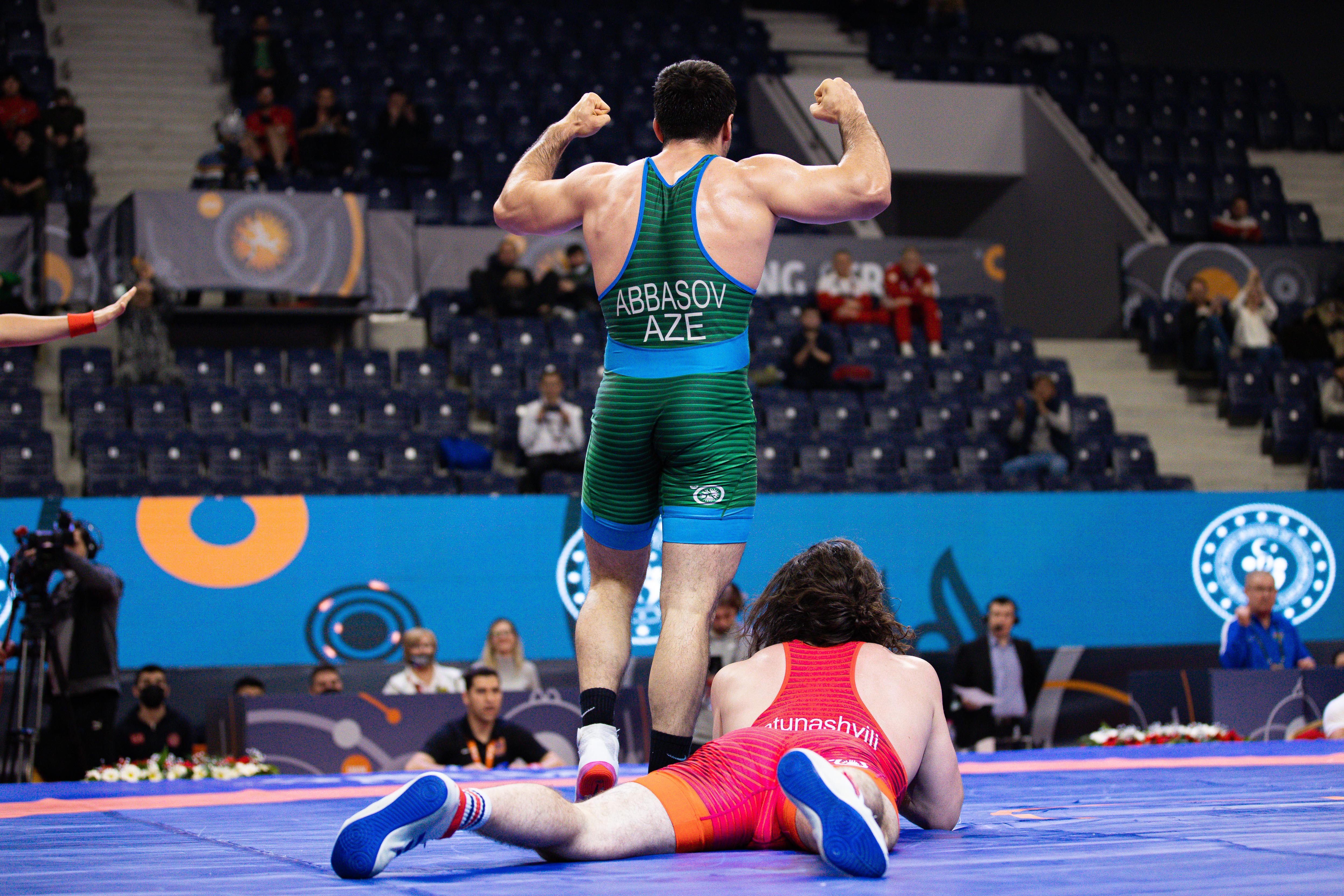 Azerbaijan did have a champion in Istanbul as Abbasov kept Datunashvili at bay. The Serbian was called passive early but showed strong defense from the par terre position before securing the stepout to lead 1-1 on criteria.

Before the break, Datunashvili scored another stepout to extend his lead 2-1, taking a step closer to victory.

Abbasov was called passive in the second period, but again, Datunashvili failed to score from par terre.

With 20 seconds remaining, Abbasov scored from a head-pinch exposure and secured a 3-3 lead. However, a desperate attempt from Datunashvili cost him two more points, giving Abbasov the 6-3 win.

Fidakhmetov's gold at 60kg denied the home country a second straight gold medal of the day. Scoring all his seven points in the first period, Fidakhmetov gave up one for inactivity in the second period. 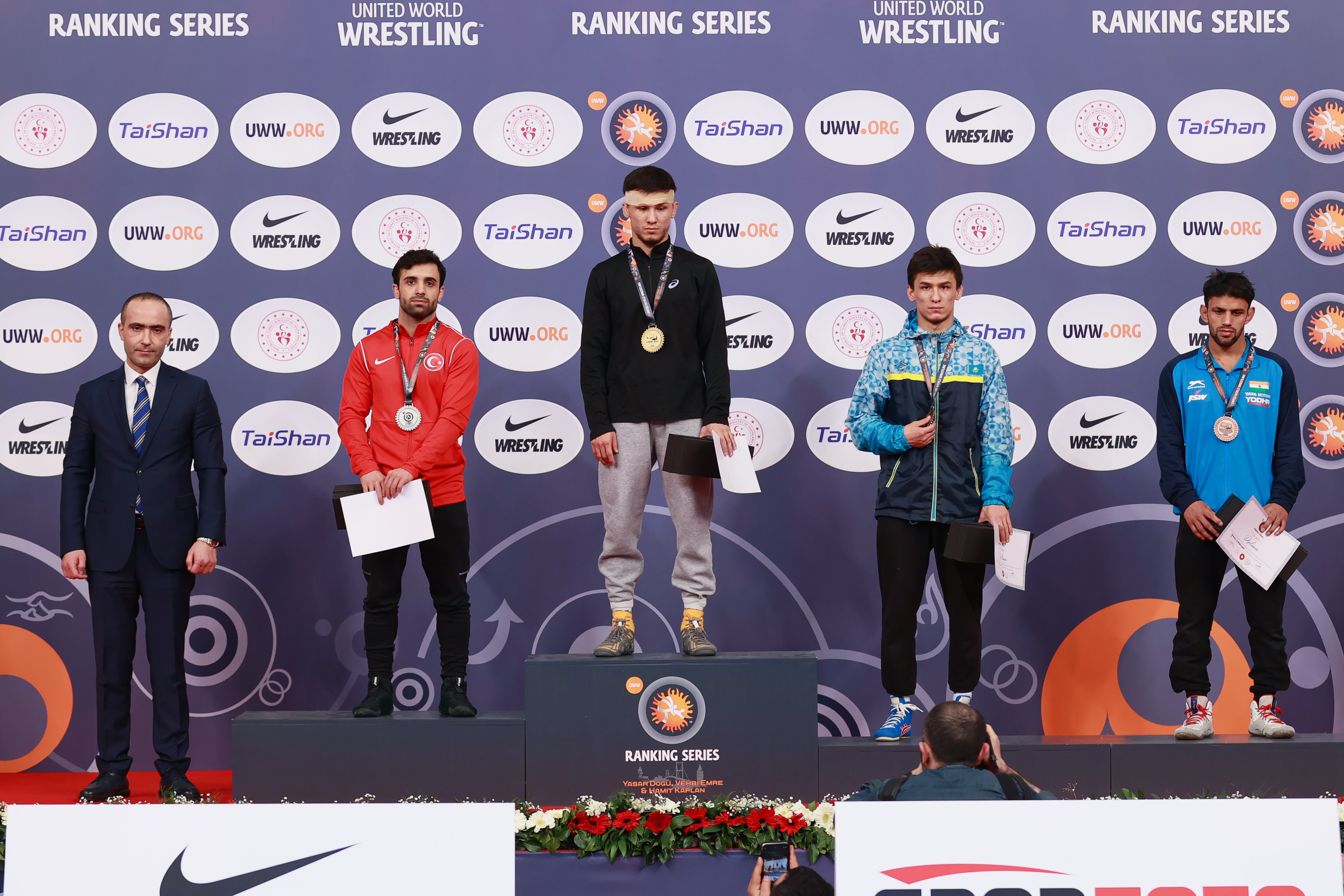