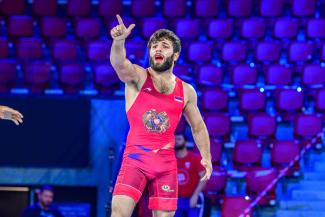 BELGRADE, Serbia (October 28) -- Vazgen TEVANYAN (ARM) is returning to the Belexpocentar in Belgrade, Serbia. It was here that he made heads roll with a title-winning performance at the Individual World Cup in December last year.

Now, he is seeking a U23 world title.

Entered in the 70kg weight class that is full of wrestlers of equal pedigree, Tevanyan will take the mat next week, a month after participating in the Senior World Championships in Oslo at 65kg.

Not only the Armenian but a host of other stars are eyeing the gold medal. Oslo World Championships silver medalist at 70kg Ernazar AKMATALIEV (KGZ) is one of the favorites and so is 65kg '19 U23 world champion Turan BAYRAMOV (AZE).

All three were in Oslo, and in Tokyo before that, but only Akmataliev was able to win a medal as he reached the final of the 70kg against Magomedmurad GADZHIEV (POL). He lost a close bout 1-2 and had to be content with a silver medal.

Bayramov lost Gadzhiev after an impressive run to the semifinals but later lost the bronze medal bout as well against Zurabi IAKOBASHVILI (GEO). He returned empty-handed from the tournament, his fifth this year.

Tevanyan will have fond memories of Belgrade. The World Cup made him a rising star at 65kg as he defeated world medalist Iszmail MUSZUKAJEV (HUN) 9-1 in the final. His run included victories over Haji ALI (BHN), Nikolai OKHLOPKOV (ROU) and Hor OHANNESIAN (UKR) in the semifinal. 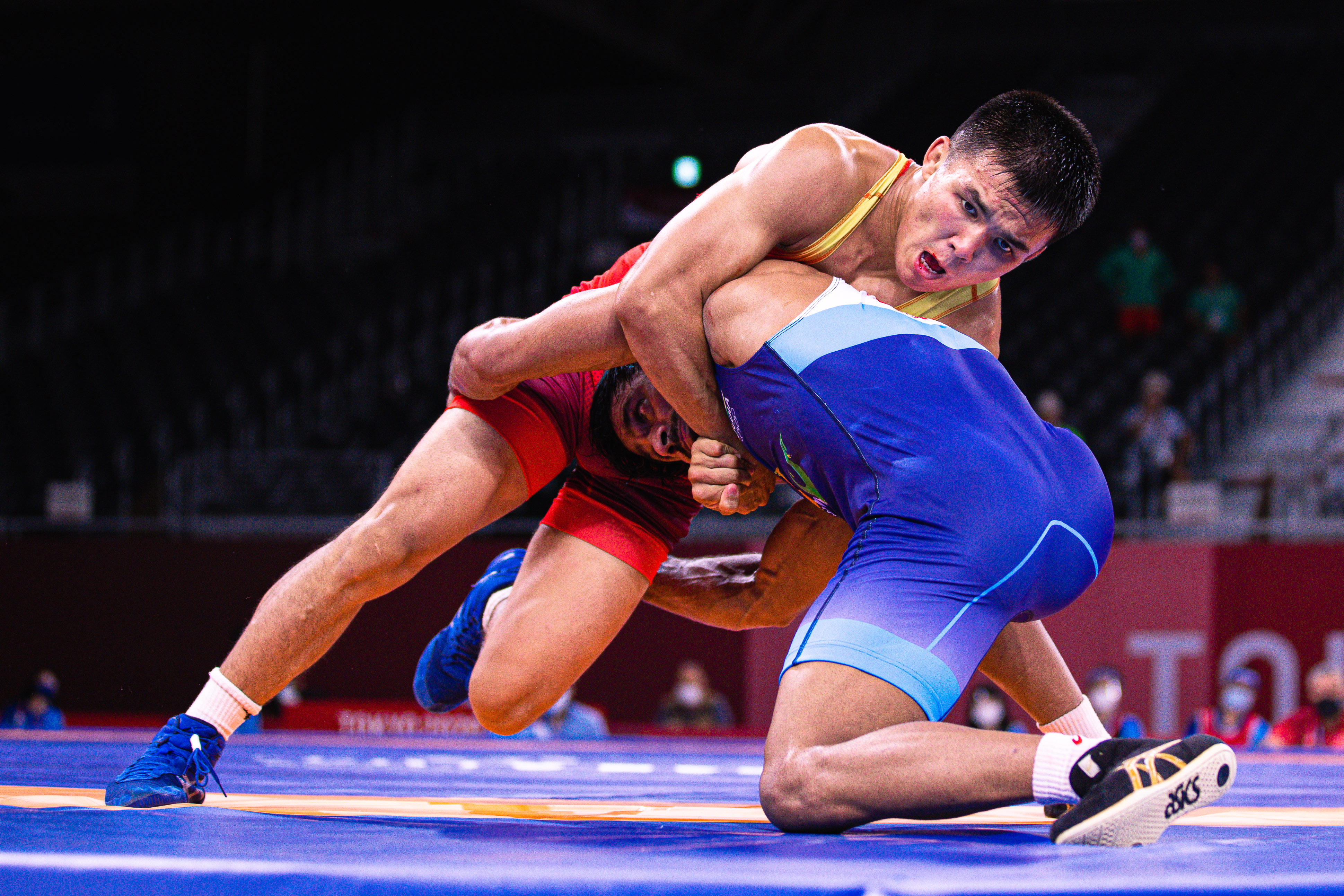 But it won't be easy this time. Akmataliev was also part of the Individual World Cup but lost to Haji ALIYEV (AZE) in the quarterfinal. But since then, he has won the Asian Olympic Qualifiers, defeating Ilyas BEKBULATOV (UZB) and Amirmohammad YAZDANI (IRI) in the process. He later participated in the Tokyo Olympics but lost to Bajrang PUNIA (IND) in the first round. In Oslo, he became the first freestyle wrestler from his country to reach a senior world final.

The 23-year-old's antics of attacking constantly and countering when on the defensive saw him notch up wins from behind in Oslo and even at the Asian event. He also has some unfinished business after finishing fifth at the Budapest edition in 2019.

But one wrestler who can keep him quiet is Bayramov. A late replacement for the injured Khadzhimurad Gadzhiyev (AZE) in Azerbaijan's Tokyo Olympic lineup, Bayramov makes his opponents work hard for their points even from an advantageous position. 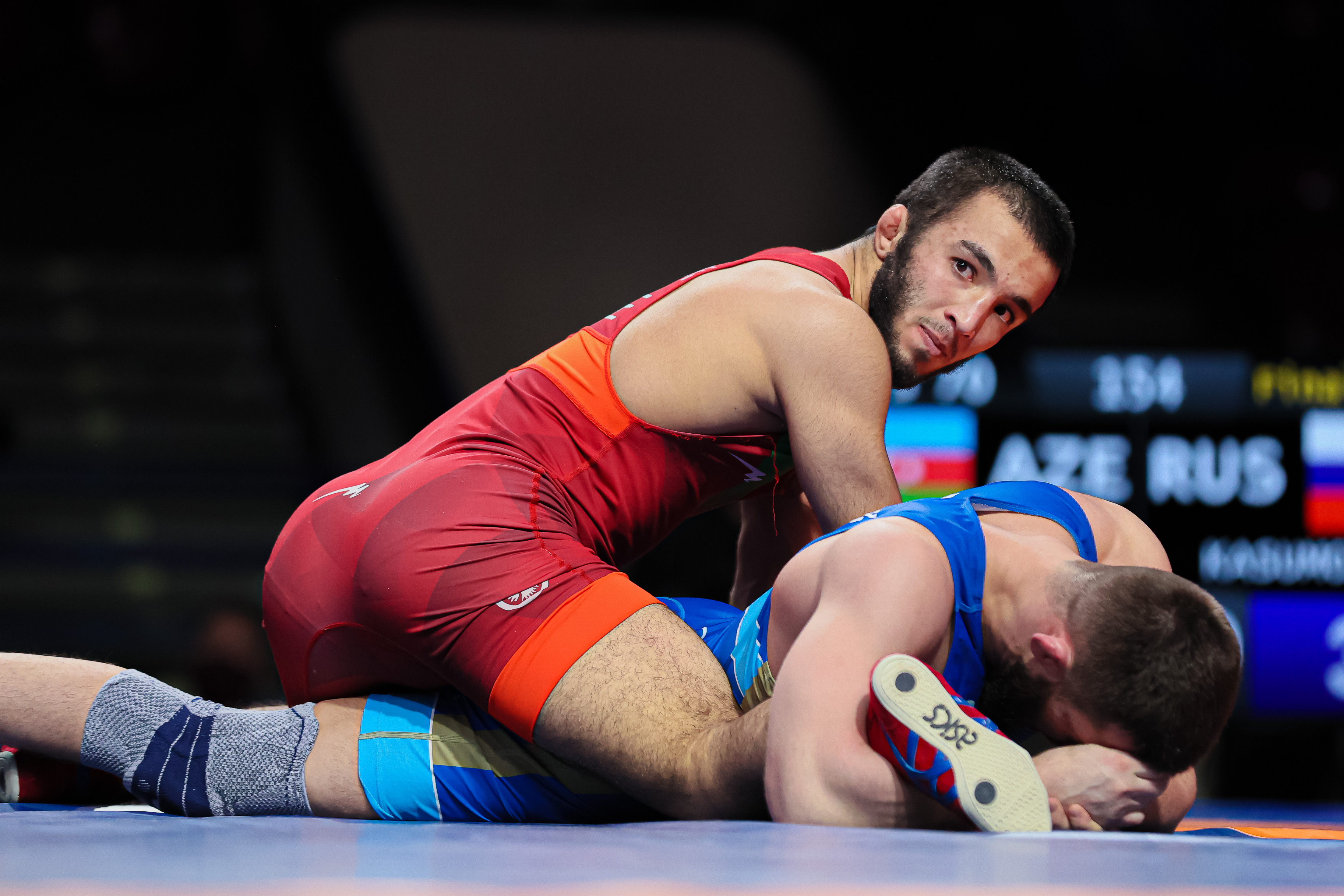 Russia's Kazharov may not have international experience but his performance at the Ali Aliev was one to watch as he defeated Azamat NURYKAU (BLR) in the final. Kazharov was trailing 3-2 and Nurykau held on to his own defense in the second period until the final 10 seconds.

Kazharov got a single-leg attack and Nurykau tried to throw the Russian over but it was Kazharov who scored four and won 6-3.

Grahmez only makes the field more interesting as he won the silver at '21 U23 Euros and can pull off an upset on the given day.