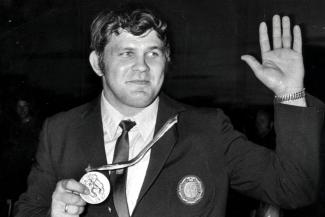 Pelle SVENSSON (SWE), a former United World Wrestling bureau member and two-time world champion, passed away at the age of 77.

Svensson claimed a silver medal at the 1964 Olympic Games in Greco-Roman competing in the light heavyweight category. He also won a pair of gold medals at the European Championships in 1969 and 1970 before winning world titles in 1970 and 1971.

After his wrestling career, Svensson pursued a career as a lawyer and took on several high-profile criminal cases.