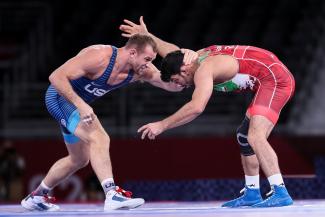 To qualify for the Paris Games, wrestlers will get three events. -- the 2023 World Championships, the continental qualifiers in 2024, and the 2024 World Olympics Qualifiers, the last chance for wrestlers to earn a spot.

Wrestling will be contested in three styles -- Greco-Roman, men's freestyle, and women's freestyle -- with a total of 18 weight classes. One weight class will have 16 wrestlers and each nation will be able to field a maximum of one wrestler per weight. Overall, 288 quotas will be awarded for the '24 Olympics.

"We are extremely happy to confirm the qualifying period and structure for the Paris Olympics," Nenad LALOVIC, UWW President, said. "We have made a few changes to the qualifying process that creates further fairness in the distribution between the World Championships and the World Qualifier."

Any wrestler born on/before December 31, 2006, is eligible to compete and qualify for the Paris Olympics. According to the updated system, the National Olympic Committees that participated in the '23 senior continental championships will be allowed to participate in the '23 World Championships which is the first qualification tournament [with the same number of athletes per style].

At the 2023 World Championships, all four medalists [gold, silver, and two bronze] will secure the quota for their nation. The fifth spot will be decided with a bout between the wrestlers who lost their bronze medal matches. The winner of this wrestle-off gets a quota for the '24 Games.

In the second phase, 144 wrestlers will qualify for the Paris Games through the continental quotas. The top two wrestlers in each Olympic weight class will get one spot each for their NOCs.

The third and final phase will see the World Olympic Qualifiers offer three quotas in each Olympic weight class instead of the two it offered previously. A total of 54 wrestlers can qualify for the tournament.

Any country can send its wrestlers to this event barring the wrestlers who won quotas in phases one and two.

UWW's vision to update the qualification was to give fair chance to wrestlers who failed to reach the finals at the World Olympic Qualifiers. This also makes the repechage equally important as the semifinals.

If there are any unused quotas due to withdrawal, doping offense, or non-participation, the quota will be transferred to the next best wrestler of that weight category of the tournament.

The qualifying period begins September 16, 2023, and ends May 12, 2024. The eight-month period will see six qualifying tournaments.

The deadline for the Paris Olympic entries is July 8, 2024, with wrestling scheduled to take place in Paris from August 4-11, 2024. 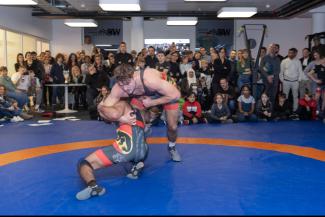