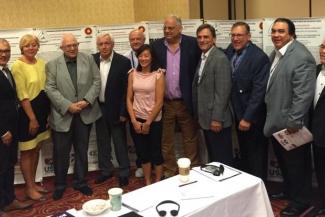 Mr. Tzeno TZENOV (BUL) presented the beautiful bronze Petrov sculpture that signifies the honor lecture event. Following the presentation of the trophy, Dr. Podlivaev shared some of the knowledge he has gained from his long-time work with the women of the Russian national team in his lecture entitled: “Women's Wrestling - Some Observations from a Coach and Scientist."

The conference also included lecture by:

Additionally, there were 22 Poster Presentations from 13 countries, selected for display at the INWR Scientific Symposium. All of these presentations, along with the keynote lectures, are available at the INWR website. 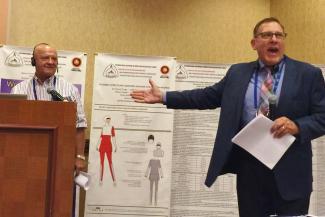