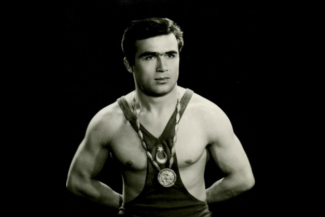 His funeral ceremony was held Thursday in Ankara.

Kış captured a gold medal in Greco-Roman at the Olympic Games at 87kg. He went on to win three medals at the World Championships, including two golds medals. His first world title came in 1962 in Toledo, Ohio. He repeated the feat the next year in Helsinki, Finland. Four years later Kis won a gold at the European Championships and added a silver at the World Championships. He competed at the 1968 Olympics in Mexico City before retiring from competition.

After his competitive career, Kış served as a trainer for his country's national team. He was a co-founder of the Turkish Wrestling Foundation and was active on its board.

Born 1934 in the village of Pelitçik in the Kargı district in the Çorum Province, Kış started wrestling in 1956. He was married with two children.