Q: Is it your goal to win three Olympic titles like Satiev and Karelin?

Talking about 3-time Olympic champions Saitiev and Karelin, it's great that we have such examples to follow.

For now, it's useless to consider winning my third Olympic title because World Championships are different from the Olympic titles. Anybody can win and anybody can lose. My main goal for now is my second Olympic title and then I will concentrate on the third one.

Q: How have stayed on top for so long?

Motivation helps me achieve everything. My rivals are training hard as well. They don't stand idly by. The younger generation is coming. Sport just takes a short period of our life. I have to win every possible tournament, before the younger wrestlers start stepping on my toes. Otherwise it will be too late.

Q: What do you think about a potential matchup with J’Den Cox?

I think, J'den Cox has a specific wrestling style.  However, Snyder will not be easy to beat, he is a current Olympic Champion. And he's a lot bigger than Cox. As it is said, we will see what happens on the mat. I'm interested in seeing them wrestling against each other.

I don't really know how the match between me and Cox will go, because we've never wrestled. At the Olympics we ended up in different brackets, I changed my weight category, but he stayed at the same one. We have never met on the mat.

Q: Why are there so many great wrestlers from Dagestan?

In Dagestan, wrestling is in our blood, It's basically our National Sport here in Dagestan it's the number one sport. Almost every boy takes part in freestyle wrestling. So, there's a lot of competition between them. That's why so many Dagestani wrestlers represent different countries, because they can't qualify for the Russian national team.

Q: How does it feel to be the first wrestler with one million followers on Instagram?

Even though I have one million Instagram followers, it wasn't my main goal. If I was truly interested in it, I would have got there much faster. I'm not very active on social media. Of course, I am pleased that people are interested and that they follow me.

Q: How do we continue to grow the sport of wrestling?

The growth of the sport and wrestling is very important. Recently, wrestling was overtaken in popularity by MMA. But still, wrestling remains as an Olympic discipline. That's why I think, wrestling should be spread all around the world. In general, in MMA almost all the fighter have some sort of wrestling background -- around 70% of the top UFC fighters are former wrestlers. That's why wrestling is so powerful

Q: How do you want people to remember you when you retire from wrestling? 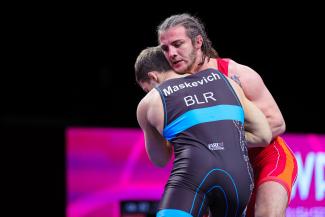 CORSIER-SUR-VEVEY, Switzerland (September 25) -- A day when two Olympic weight classes will be in action, a total of eight wrestlers who competed in Tokyo will take the mat in Oslo, Norway. Olympic champion Mohammadreza GERAEI (IRI) will be leading the field at 67kg with former world champion Hansu RYU (KOR). At 87kg, five Tokyo Olympians will be in action as bronze medalist Zurabi DATUNASHVILI (SRB) will be taking on Islam ABBASOV (AZE), Kiryl MASKEVICH (BLR), Lasha GOBADZE (GEO) and Nursultan TURSYNOV (KAZ).

The third will be 63kg, a non-Olympic weight, but a number of age-group world medalists are entered including U23 World champion Meysam DALKHANI (IRI). The host country Norway is going ahead with veteran Stig BERGE (NOR) who won a bronze medal at the Rio Olympics.

But the fireworks are sure to go off at 87kg as big-throwing and dark horse Maskevich tries to put the disappointment of Tokyo behind him. He was in serious form going into the Olympics but suffered a tame loss to Mohamed METWALLY (EGY) in the opening round. Maskevich won the gold at the Individual World Cup in 2020 and a silver at the 2021 European Championships after suffering a loss to Datunashvili in the final.

If Datunashvili can build on his success from Tokyo, it will hardly be a surprise that he reaches the final in Oslo. After winning the European Championships, he qualified for the Tokyo Games from Last Chance Qualifier in Bulgaria before winning the bronze in Tokyo. He lost to eventual champion Zhan BELENIUK (UKR) but rallied back to beat Bachir SID AZARA (ALG) and Ivan HUKLEK (CRO) in the repechage and bronze medal bout respectively.

Abbasov and Gobadze will also be big threats to the gold medal as the former is a European Championships and Games silver medalist and Gobadze will like to win the gold in the Olympic weight class after winning the 82kg at the 2019 World Championships. Both were in Tokyo but lost in the opening rounds. Unlike Datunashvili, they did not get a chance in repechage and had to return empty-handed from Japan.

Belenuik decided to take a break after winning the gold in Tokyo but Ukraine can still hope for a golden run in Oslo as the talented Semen NAVIKOV (UKR) looks to finally step up and take over the weight class. He won the U23 World Championships twice and even captured the gold at the senior European Championships in 2020.

Malid ALIRZAEV (ROC), another U23 world champion, will also try to fill the big shoes of Davit CHAKVETADZE (ROC) as he was selected for the Oslo tournament.

ROC named a young squad for the Oslo World Championships as Nazir ABDULLAEV (ROC) was included for the 67kg weight class. The Individual World Cup winner will be a big threat to Geraei's quest to become an Olympic and World champion in the same year. 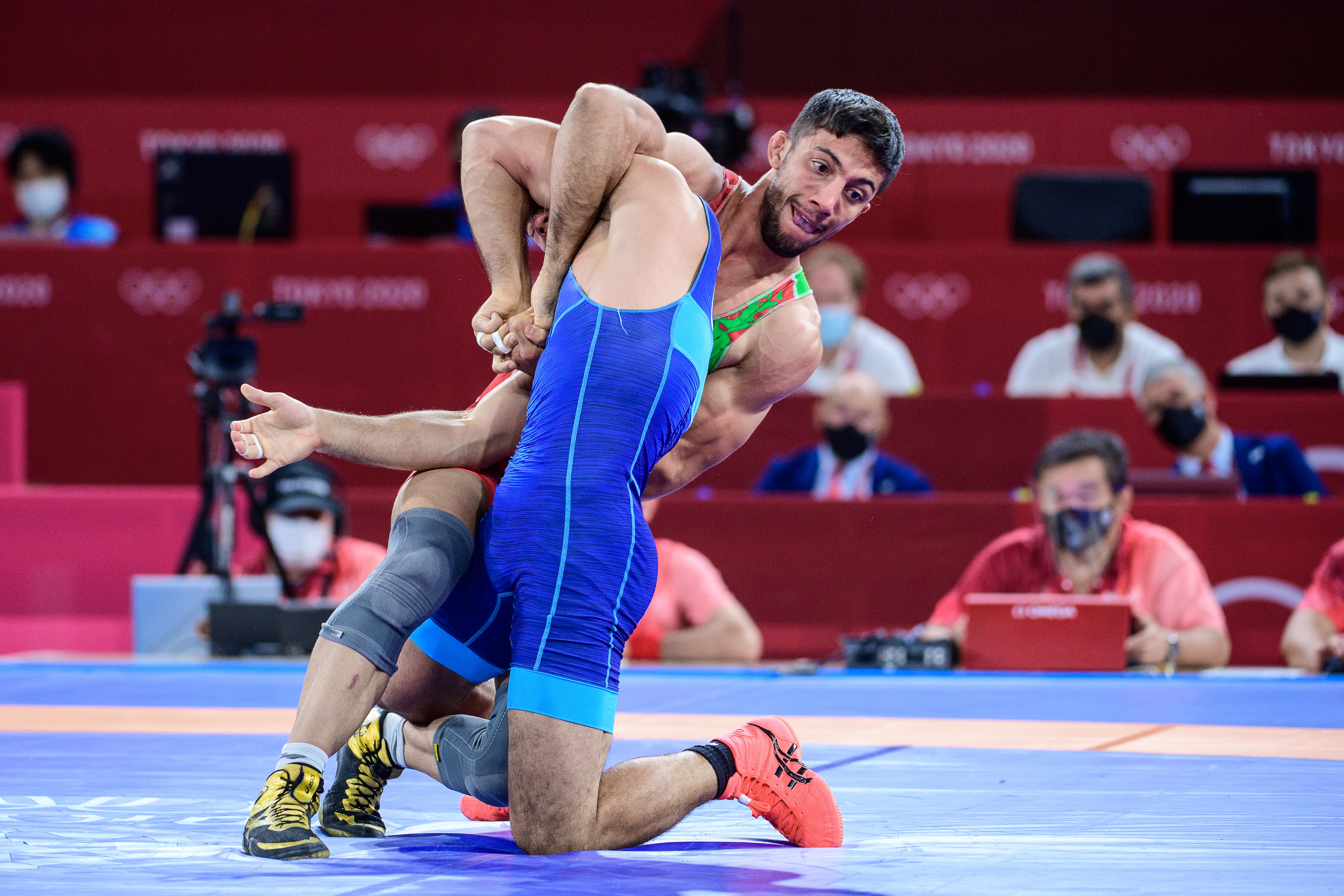 Geraei's run in Tokyo was a big savior for Iran's otherwise disappointing performance. He defeated three-time world champion Frank STABLER (GER) in the quarterfinal and then Ramaz ZOIDZE (GEO) in the semifinal. In the final, Parviz NASIBOV (UKR) in the final. The U23 world champion is likely to face, who finished fifth in Tokyo, again in Oslo. Zoidze won a U23 world silver medal but has been one of the top performers at the continental level in Europe. He now has a chance to take things to the next level by winning a senior Worlds medal.

But a wrestler who will try to regain his lost form is two-time world champion Ryu. The two-time Asian Games winner was once again denied an Olympic medal after he lost in the opening round to young star and Tokyo bronze medalist Mohamed EL-SAYED (EGY).

An under-the-radar wrestler in Oslo could be Zaur KABALOEV (ITA). The former Russian national champion has made the switch to Italy after 2019 and will now be representing the European nation in Oslo. Along with Asian champion Tsuchika SHIMOYAMADA (JPN) and Almat KEBISPAYEV (KAZ), a multiple-time world bronze medalist, Kabaloev can stun the field at 67kg. 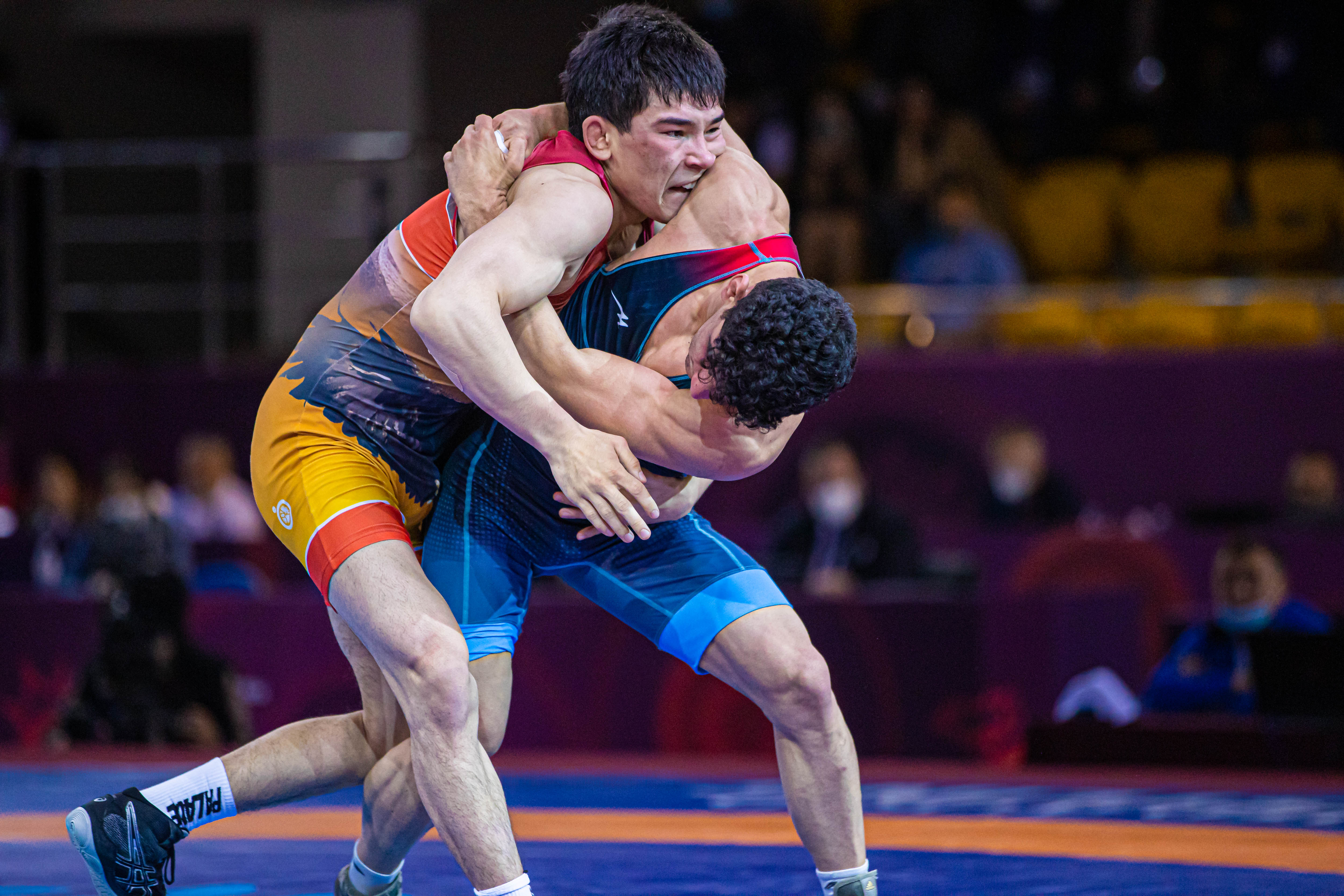 Senior Asian champion Sultan ASSETULY (KAZ) and U23 world champion Dalkhani will be the top names at 63kg in Oslo. The two wrestled in the final of the Asian Championships in 2021 with the Kazakhstan wrestler winning the gold. Assetuly will now have a chance to win his first senior World Championships medal.

The same goes for Dalkhani who has shown great results at the age-group level but will be tested at this level for the first time.

Testing them will be local hope and veteran Berge who will look to excite the local fans who are allowed to attend the competition. Berge's performances have fallen a little in the last couple of years but his silver medals at European Championships and Matteo Pellicone in 2020 served as a reminder that he can still pull off big performances.

Apart from Berge, U23 European champion Hrachya POGHOSYAN (ARM) will also be in the mix in Oslo. The 22-year-old Armenian will be wrestling at his first senior Worlds and only the third international tournament at this level. He finished fifth at the senior European Championships last year.

Ibragim LABAZANOV (ROC), a silver medalist from the European Championships, will also be looking to win the gold medal for his country. The 2016 Rio Olympian has the experience of performing at the big stage and this could well be his chance to claim his spot back in the Russian team.

Former cadet world champion Leri ABULADZE (GEO) can also upset a few in Oslo as he transforms into a senior wrestler. His bronze medal at the senior Euros in 2020 can be seen as the first step and he will be keen on winning another medal on the final day of the World Championships as the finals for all three weight classes will be held on October 10, Tuesday.