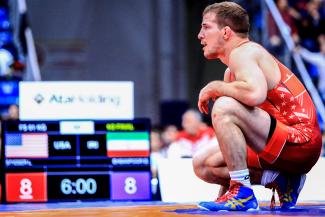 CORSIER-SUR-VEVEY (January 4) – Logan STIEBER (USA) and Magomed KURBANALIEV (RUS) grabbed the final two spots atop the United World Wrestling freestyle rankings for 2016 with triumphs at the world championships in Budapest.

Stieber and Kurbanaliev, gold medal finalists at 65kg in the Golden Grand Prix Final one year ago, won the world titles on both sides of the lightweight category to take over the top spots in the rankings at 61kg and 70kg, respectively. 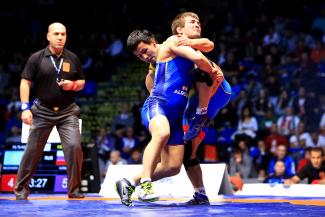 Kurbanaliev, wrestling in his second senior world championships, won his first world title after taking a bronze medal at the 2013 world meet, also in Budapest. Kurbanaliev was ranked No.10 at 65kg before becoming Russia’s entry at 70kg in the abbreviated world meet.

With the victory, Kurbanaliev becomes the third wrestler from Russia to finish atop the freestyle rankings along with Soslan RAMONOV (RUS), who won the Rio 2016 gold medal at 65kg, and Abdulrashid SADULAEV (RUS), who extended his sway over 86kg for a third straight year.

Stieber, meanwhile, needed a pair of last-second victories in Budapest to go from unranked to top-ranked at 61kg and become the second American to finish on top of the 2016 rankings. Kyle SNYDER (USA) won the 97kg gold medal at Rio 2016. 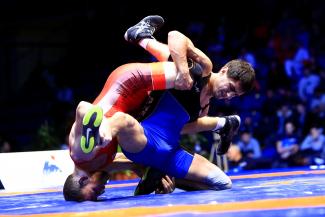 Also making a big leap, 2013 junior world champion Akhmednabi GVARZATILOV (AZE) won the Golden Grand Prix Final in late November and rode the momentum to a bronze medal in Budapest, vaulting from unranked to No.3 at 61kg.

In addition to Gvarzatilov, all four wrestlers in the bronze medal finals at 70kg, including 2013 world bronze medal winner at 74kg Rashid KURBANOV (UZB), were unranked coming into Budapest.

The top six wrestlers in the six Rio 2016 weight categories were unchanged except for Yabrail HASANOV (AZE) who slipped ahead of Soner DEMIRTAS (TUR) at 74kg to No.3 after winning at the Golden Grand Prix Final in Baku.

Former world champion Abdusalam GADISOV (RUS) also rode a win in Baku from No.15 to No.8 while former European champion Giorgi EDISHERASHVILI (AZE) also won in Baku to go from unranked to No.13 in the rankings.

Wrestlers in the rankings are listed by name, country code, their most notable or most recent result over the last 12 months and their position in the previous rankings. 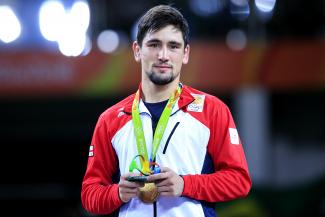 57kg – Giorgi EDISHERASHVILI (AZE), formerly the 2013 European champion for Georgia, defeated three Asian championship medalists at the Golden Grand Prix Final for his major title in over three years to join the rankings at No.13.

61kg – Along with Stieber claiming the No.1 ranking with the world title, American compatriot Alan WATERS (USA) earned a No.18 ranking with a pair of bronze medals at the Intercontinental Cup and Golden Grand Prix Final. 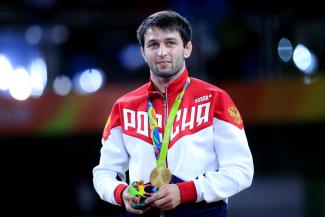 65kg – Two-time European bronze medalist Ilyas BEKBULATOV (RUS) won the Intercontinental Cup in October for No.13 in the rankings, regaining a position in the lightweight poll after a six-month hiatus. 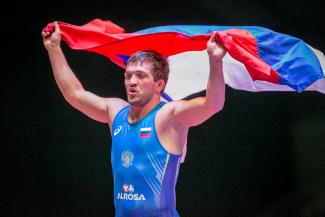 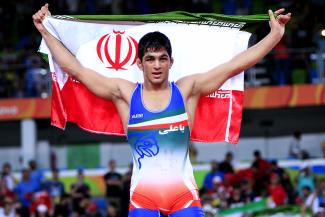 74kg – Khetik TSABOLOV (RUS) won one of six world military titles in freestyle for Russia in September to climb two rungs to No.8 at welterweight, while Yabrail HASANOV (AZE) slipped ahead of fellow Rio 2016 bronze medalist Soner DEMIRTAS (TUR) with a victory at the GGP Final in November. 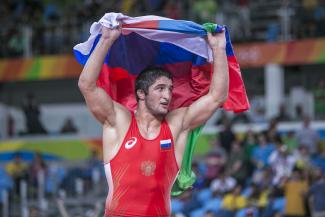 86kg – Shamil KUDIYAMAGOMEDOV (RUS), who opened 2016 with a triumph at the Yarygin Grand Prix, closed out the year with a win at the GGP Final to solidify his position at No.7 behind the six Rio 2016 gold and bronze medal finalists. 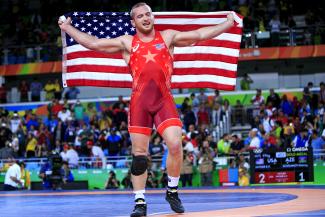 97kg – Abdusalam GADISOV (RUS) won the battle of world silver medalists with Reineris SALAS PEREZ (CUB), 9-3, to claim the Golden Grand Prix Final, rebounding to No.8 in the rankings after tumbling to No.15 in the summer. 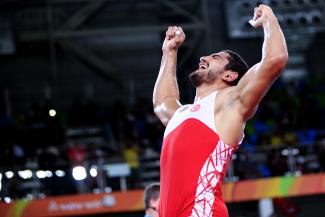 125kg – Dmitri Korkin tourney winner Baldan TSYSHIPOV (RUS) and Takhti Cup runner-up Yadollah MOHEBBI (IRI) muscled their way onto the yearend rankings at No.13 and No.14, respectively, with bronze medals at the GGP Final in Baku.