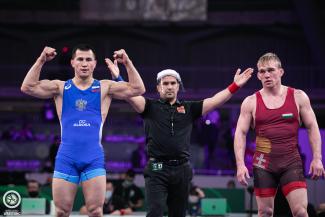 CORSIER-SUR-VEVEY, Switzerland (September 27) -- When Roman VLASOV (RWF) failed to make the Russian Wrestling Federation's team for the Tokyo Olympics, he was unsure of continuing his career. But then he realized his childhood dream. Vlasov has always considered Greco-Roman great Alexander KARELIN (RWF) as his inspiration as they belong to the same state. He wanted to achieve what his hero had at the Olympics -- three gold medals.

So after winning in London and Rio, Vlasov began his quest for the third gold medal at the Olympics with Paris 2024 in mind. For that, he decided to compete at the Oslo World Championships.

Vlasov will lead a young Russian Wrestling Federation Greco-Roman team in Oslo as he qualified to compete at the 77kg weight class. Stephen MARYANYAN (RWF), the 2018 world champion, will also be in Oslo as he looks to win the 60kg world title.

Vlasov did not get a chance to compete at the trials for the Olympics earlier this year after he suffered a shocking loss at the Poland Open in June. But recently, Vlasov decided that he still wants to win a third Olympic gold which he can only do in 2024.

There has been a dearth of world titles for Vlasov since the 2016 Olympic gold as he failed to medal at 2017 and 2019 editions. However, he will try to win it back in Oslo as he won the 2020 Individual World Cup in December 2020. 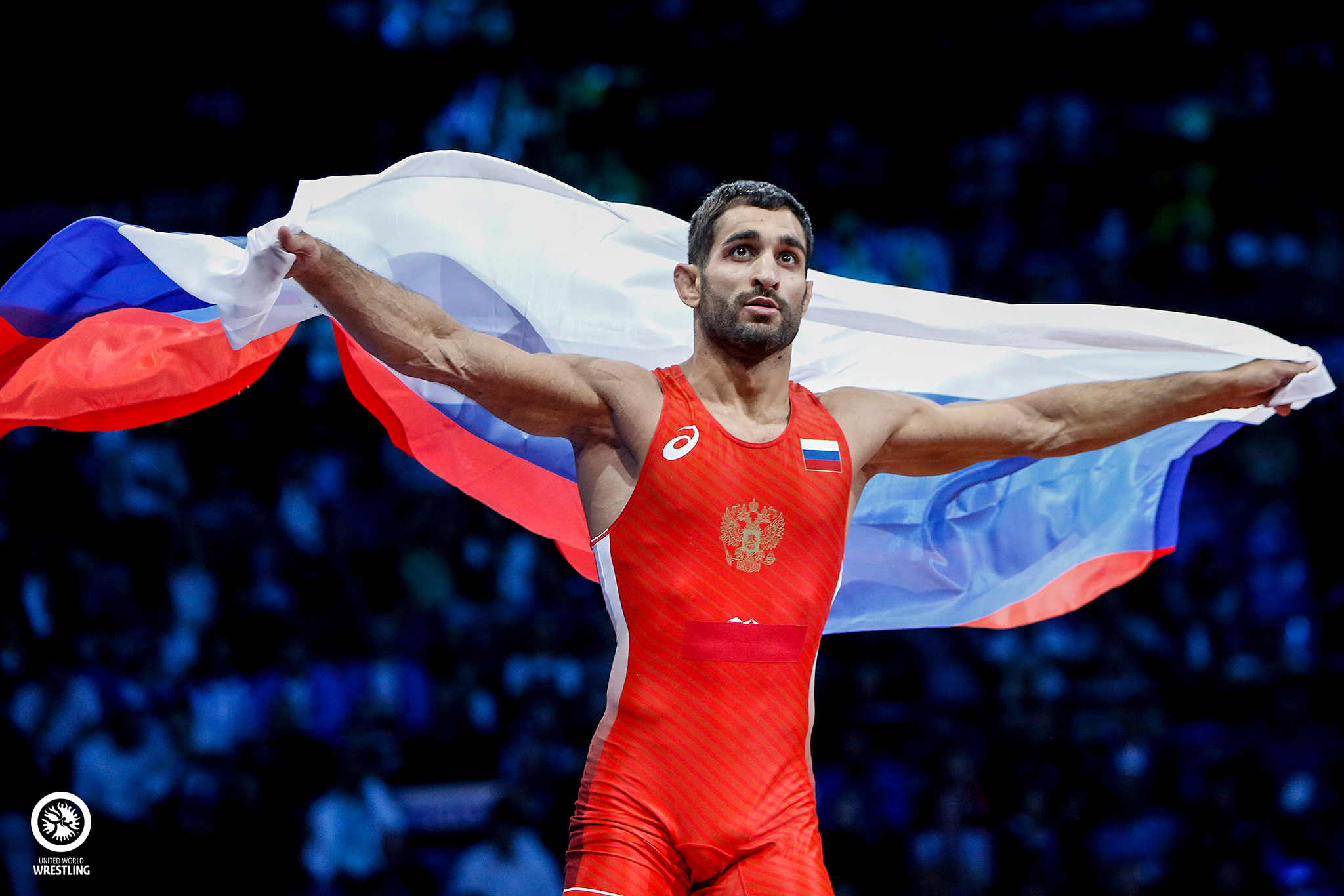 It will be a similar story for Maryanyan as he also lost the final at the 2019 Worlds at 63kg. He will be competing at 60kg in Oslo after Tokyo Olympics bronze medalist Sergey EMELIN (RWF) decided to skip the tournament.

He won a silver at the Individual World Cup but the Russian Wrestling Federation champion will be trying to cement his place at this Olympic weight class.

Olympic champion Musa EVLOEV (RWF) also decided to skip the event. Instead, the Russian Wrestling Federation is sending Artur SARGSYAN (RWF) at 97kg. The youngster has been on Evloev's tail for a few years now and has been the best among age-groups especially after he won the U23 European Championships earlier this year.

Sargsyan did not give up a single point in that tournament and if he can continue with the same form, he will be a serious threat to the gold medal in Oslo.

In the other Olympic weight classes, Nazir ABDULLAEV (RWF) will be wrestling at 67kg, Milad ALIRZAEV (RWF) will be at 87kg while Zurabi GEDEKHAURI (RWF) was selected at 130kg after Tokyo bronze medalist Sergei SEMENOV (RWF) decided not to wrestle.

Abdullaev won the Individual World Cup in 2020 but doesn't have world championship experience. He will make his debut but will have his task cut out as Olympic champion Mohammadreza GERAEI (IRI) will also be present in Oslo. Like other Russian Wrestling Federation wrestlers, Abdullaev will be expected to reach the final and that pressure can make or break him.

Alirzaev, another U23 world champion, will also try to fill the big shoes of Davit CHAKVETADZE (RWF) in Oslo. He tried to win the qualification for Tokyo but failed. However, he won the Individual World Cup to show that he can step up and be the best in the world. He recently competed in Belarus but lost the final to Istvan TAKACS (HUN), a wrestler who will also be in Oslo.

The 87kg will be one of the stacked fields in Oslo. The weight will feature Tokyo bronze medalist Zurabi DATUNASHVILI (SRB), Ukraine's star Semen NAVIKOV (UKR) and Kiryl MASKEVICH (BLR).

At 130kg, Gedekhauri doesn't have the world medals to boast as his teammates, but he can be a medal contender in the absence of big names like Riza KAYAALP (TUR) and Mijain LOPEZ (CUB). 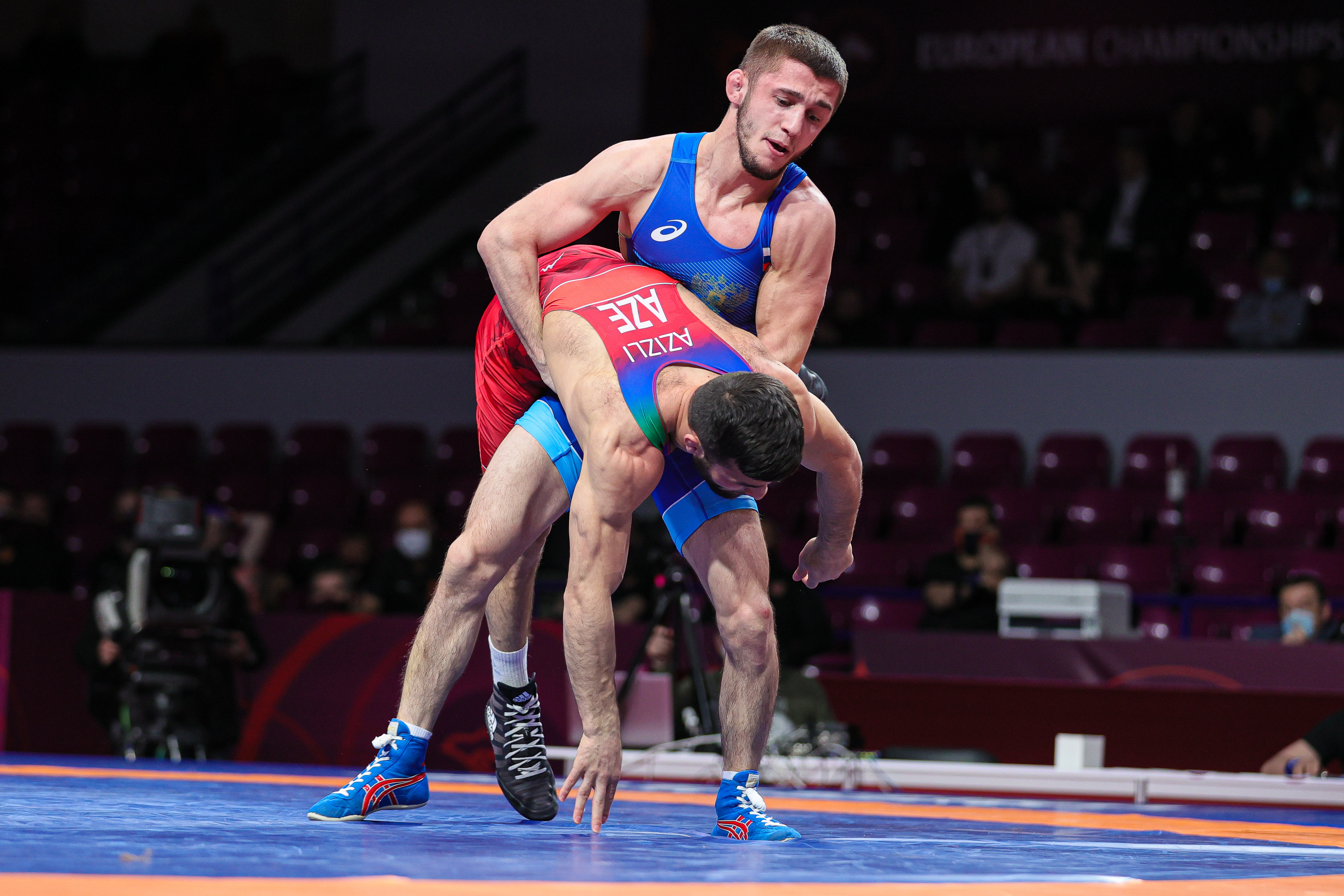 At 55kg, Emin SEFERSHAEV (RWF), another gold medalist from the Individual World Cup, will lead the Russian Wrestling Federation's challenge. He has been in several World Championships but has never won gold. After finishing with two silver and two bronze at the previous age group worlds, he will get a chance to win the whole thing in Oslo.

The youngster's performance in European Championships with wins over Eldaniz AZIZLI (AZE) and Akrem OZTURK (TUR) gave a glimpse of what we can expect from him.

Ibragim LABAZANOV (RWF), a silver medalist from the European Championships, will also be looking to win the gold medal for his country at 63kg. The 2016 Rio Olympian has the experience of performing on the big stage, and this could well be his chance to claim his spot back on the Russian Wrestling Federation's team.

Another European champion Adlan AKIEV (RWF) will be targeting gold at 82kg. He will be wrestling for the second World Championships after finishing seventh in the 2019 edition in Nursultan, Kazakhstan.

Sergei KUTUZOV (RWF) will be wrestling 72kg to round off the final weight class for Russian Wrestling Federation.