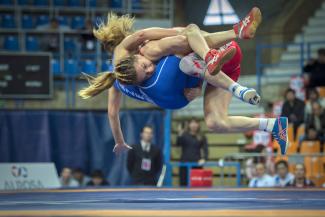 For full results from the Alrosa Cup, please click the following link to the event PDFs: