Rabah Chebbah, President of the Algerian Wrestling Federation, Dies at 55 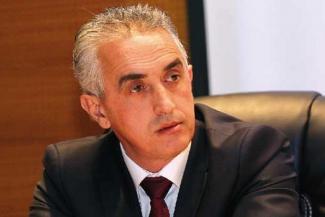 Mr. Chebbah was considered by his colleagues and sports executives as the linchpin of the Algerian sports movement.

He began his career as the technical director of the wilaya at the level of the Algiers wrestling league, before occupying the positions of DTN and national trainer of Greco-Roman wrestling.

"We are very saddened to learn of Mr. Chebbah's passing," said United World Wrestling president Nenad Lalovic. "He was passionate about wrestling in his country and a great supporter of our initiatives and progress. We send our condolences to his family and friends. He will be missed."

In recent years Mr. Chebbah had also taken on the role of Treasurer of the Algerian NOC where he was well-liked and admired.

"Myself and the members of the Executive Committee as well as the staff of the Algerian Olympic Committee are devastated and sad by the death of Rabah Chebbah," said COA President Abderrahmane HAMMAD. "It is a great loss for the Algerian sports movement. I knew it when I was an athlete. I want to wish his children and his family all the best."

Mr. Chebbah was buried in the cemetery of Oued Romane (Algiers).