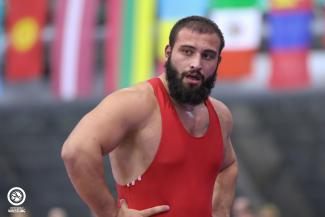 BYDGOSZCZ, Poland (Nov. 18) – The U-23 World Wrestling Championships take place Nov. 21-26 in Bydgoszcz, Poland. The inaugural event follows on the success of the European U-23 Championships in 2016 where more than 400 wrestlers from 34 nations competed.

Ramaz ZOIDZE (GEO), a two-time junior world champion, is the favorite at 71kg. He claimed gold at the European Under-23 Wrestling Championships. Finishing with a bronze in that weight class was Artur POLITAIEV (UKR), who is also entered in the World Championships. Other top contenders at 71kg include cadet world champion Matias LIPASTI (FIN) and cadet world bronze medalist Armen HAKOBYAN (ARM).

Georgia has another junior world champion entered at 75kg, Gela BOLKVADZE (GEO). He was a runner-up at the European U-23 World Championships to Alex KESSIDIS (SWE), who is entered at 80kg. Fatih CENGIZ (TUR) was fifth in Paris at the World Championships. Zotlan LEVAI (HUN) and Akhmed KAYTSUKOV (RUS) are multiple-time junior world medalists who should contend at 75kg. Other junior world medalists to keep an eye on in this weight class are Nasir HASANOV (AZE), Antonio KAMENJASEVIC (CRO), Shohei YABIKU (JPN), Paulius GALKINAS (LTU), George Vlad MARIEA (ROU) and Pavlo MOLNAR (UKR).

A pair of junior world champions, Islam ABBASOV (AZE) and Ali CENGIZ (TUR), are among the top contenders at 85kg. Abbasov was fifth at the World Championships in Paris this year. Junior world bronze medalists Mikita KLIMOVICH (BLR) and Dimitrios TSEKERIDIS (GRE) will look to challenge.

While there is no strong favorite at 98kg, there are several wrestlers who have claimed world medals at the junior or cadet level. Wrestlers to watch at 98kg include Bopembe SYCHEV (BLR), Muhammed SEVER (GER), Zsolt TOEROEK (HUN) and Romas FRIDRIKAS (LTU). 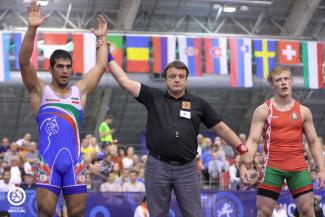 Junior world champions Keramat ABDEVALI (IRI) and Dato CHEKHARTISHVILI (GEO) are among the most credentialed wrestlers at 59kg. Abdevali won his junior world title this year in Tampere, Finland, while Chkhartishvili won gold in 2016. If Abadevali does not compete, Iran could send junior world bronze medalists Meysam DALKHANI (IRI). Erik TORBA (HUN), Masuto KAWANA (JPN), Sergey EMELIN (RUS) and Zoltan LEVAI (SVK) have all been junior medalists and should challenge at 59kg. 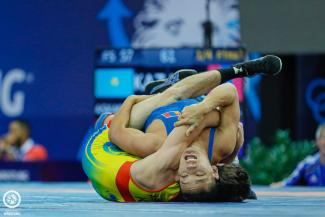