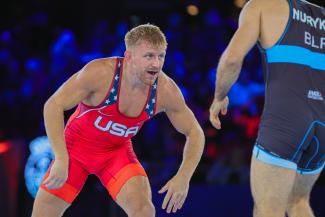 ACAPULCO, Mexico (April 30) -- Kyle DAKE (USA) will be in a new territory next week. The three-time world champion will be defending his Pan-Am title for the first time in his career.

Dake, an Olympic bronze medalist, won the gold in '21 in his first Pan-Am championships and in five days, he will be entering his second, unusual for the Cornell University graduate. He will be leading a solid USA team to Acapulco which will be looking to repeat an unprecedented performance of defending all 10 golds from last year.

In Guatemala City, the USA captured all 10 freestyle gold medals to win the team title with ease. While Olympic champions David TAYLOR (USA) and Gable STEVESON (USA) are not entered, five-time world champion Jordan BURROUGHS (USA) is returning to the competition after two years.

But for Dake, wrestling for the first time since winning his first world title down at 74kg, it will be another chance to cement his authority at the weight as he chases the Paris Olympics gold in 2024.

In Tokyo, Dake was stunned by a quarterfinals loss by Magomed KADZHIMURADEAU (BWF) using some two big four-point throws, the way Dake is popular to finish his bouts.

But putting a rare day behind, he went on to win the bronze over Frank CHAMIZO (ITA) and two months later won the gold in Oslo over two-time European champion Tajmuraz SALKAZANOV (SVK).

The 30-year-old will start as the favorite in Mexico in a bracket which has familiar names in Jasmit PHULKA (CAN), Franklin CASTILLO (CUB) and Franklin GOMEZ (PUR).

On paper, Dake should not have any trouble claiming the gold but with some experience in Phulka and Gomez, he will be put to test. Castillo can be the dark horse in the competition if Dake slips up.

Another world champion who will be defending his title will be Kyle SNYDER (USA). The two-time world champion and Tokyo silver medalist has been a constant in the USA team since the 2015 World Championships and will now be looking to add another Pan-Am title at 97kg.

It can be called the warm-up for the USA World Team Trials in first week of June but over the years, the country has sent their best wrestlers to the Pan-Am Championships and perhaps continuing the same trend this year.

The last time the USA returned without a gold medal was in 2001 when Cuba won the majority of the gold. But for the last 20 years, the USA has won at least a gold medal at the tournament and once again they will be looking for a dominant performance with a star-studded team.

All USA wrestlers will start as the favorites in their weight classes but a few challengers can stop them from maintaining a perfect record.

At 65kg, McKenna will have Argentina Olympian Agustin DESTRIBATS (ARG) and fellow NCAA wrestler Sebastian RIVERA (PUR) in the draw which can prove to be a test for the defending champion.

For Valencia, a flamboyant 86-kilogramer, Ethan RAMOS (PUR) could prove to be a problem. Ramos would fancy himself beating Valencia if the two clash in the tournament.

At 125kg, Gwiazdowski is returning to the team after Steveson's move to be away from amateur wrestling. The two-time world bronze medalist will be under pressure to perform after missing out on a medal in Oslo. 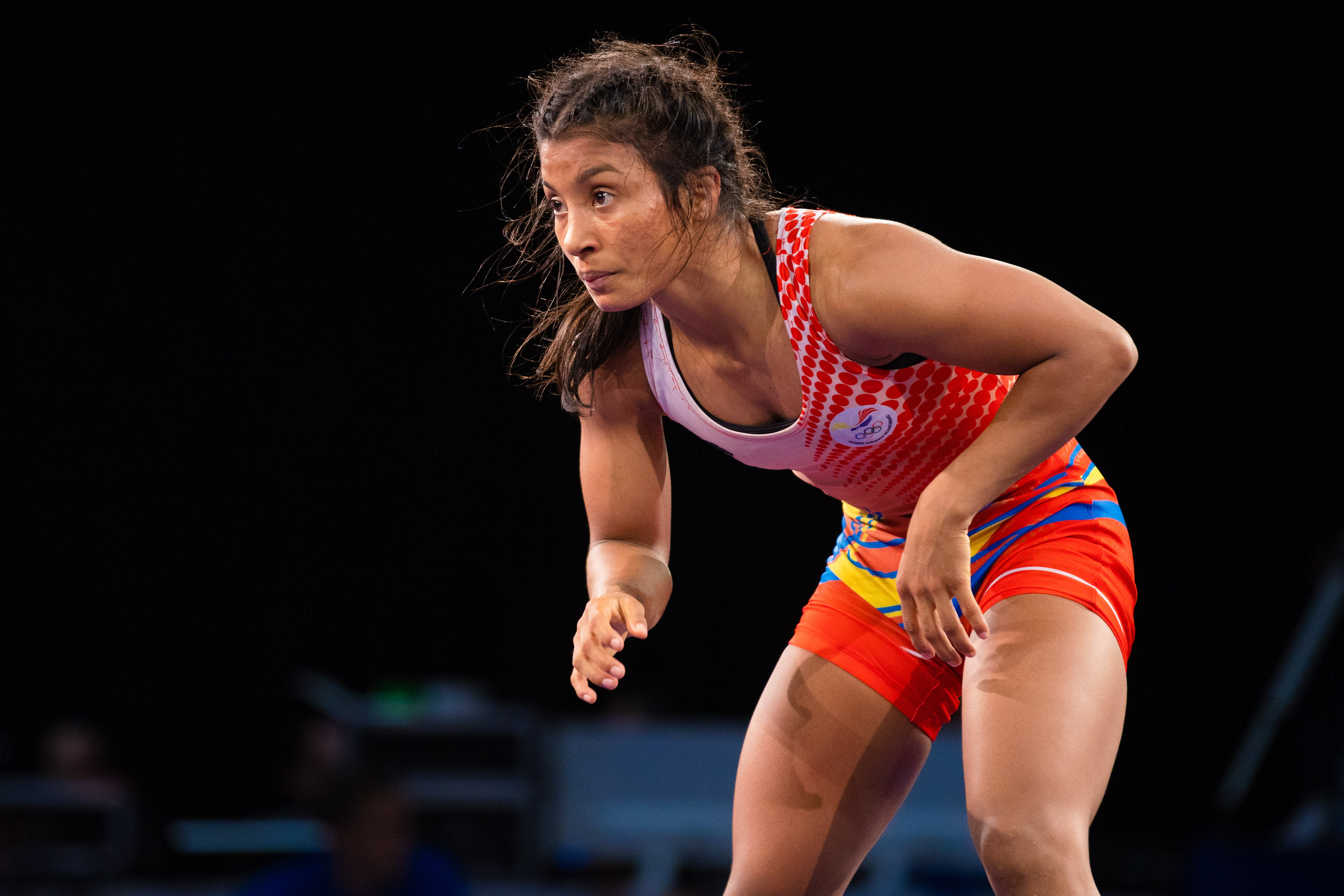 The women's wrestling brackets will be much closer than freestyle. The USA will still be favorites to defend their team title from last year.

At 50kg, Sarah HILDEBRANDT (USA) is the favorite to win the title but Kamila BARBOSA (BRA) and Yoannia PEREZ (CUB) can trouble her. The top-seeded wrestler will be wrestling for the first time since winning the silver medal in Oslo.

Former world champion Jacarra WINCHESTER (USA) is entered at 55kg and it all may come down to a battle against Lucia YEPEZ GUZMAN (ECU). Winchester had a stunning run at the Ranking Series event in Istanbul, winning the gold and she would like to maintain the perfect start she has had to the year.

But U23 world champion Yepez is debuting at her senior Pan-Am and can challenge Winchester. She qualified for the Tokyo Olympics at 50kg before moving up to 53kg to win the world title in Belgrade. The history creator now has a chance to win her first continental title if she can repeat the performance from Serbia.

Forrest MOLINARI (USA) will be the favorites to win 65kg.

Molinari rebounded from her loss to Emma BRUNTIL at the Ivan Yariguin Grand Prix to beat her in Istanbul and claim the bragging right at 65kg for the USA. She will now be looking to win the gold in Mexico.

At 53kg, while Dominique PARRISH (USA) remains in the fray, the battle for gold may well come down to World bronze medalist Samantha STEWART (CAN) and Ecuador veteran Luisa VALVERDE (ECU). Stewart is returning to the continental championships after six years. She won the gold medal at 55kg in 2016.

Ideally for Ecuador, young star Yepez should have been at 53kg but veteran Valverde has been the mainstay at this weight. The 31-year-old has impressive seven Pan-Am medals including gold in 2020. While Stewart claimed the bronze in Oslo, Valverde fell short as she lost her bronze-medal bout.

The two have met before with Valverde leading the head-to-head 2-1 in the last two years. She has wins over Stewart from the 2020 Matteo Pellicone and Pan-Am Olympic Games Qualifier.

A three-way battle can ensue at 62kg and 76kg. The two Olympic weight classes will have young stars pitted against some veterans.

At 62kg, U23 world champion Ana GONZALEZ (CAN) and world silver medalist Kayla MIRACLE (USA) pitted against each other. The two have met twice before with the USA wrestler winning both times. But Gonzalez has reduced the deficit.

After her first 8-0 loss, Gonzalez was closer to Miracle, suffering a 6-5 loss but the battle in Mexico can well see her win her first over the Tokyo Olympian.

But Lais NUNES DE OLIVEIRA (BRA) can spoil their party. In a stunning start to the year, she defeated two-time world champion Aisuluu TYNYBEKOVA (KGZ) at the Yasar Dogu. She will be backing herself to win the title in Mexico.

At 76kg, in a rare occurrence, none of Adeline GRAY (USA) or Erica WIEBE (CAN) are entered for the tournament.

For Canada, that means '18 72kg world champion Justina DI STASIO (CAN) is the favorite. A four-time Pan-Am champion, she will be eyeing a start that can get her going for the Paris Olympic cycle if Wiebe decides to sit out. Di Stasio has been a formidable force at the heavyweight and Mexico can be an opportunity to fulfill the dream of an Olympic medal.

But challenging her are two young stars -- Tatiana RENTERIA (COL) and Milaimys POTRILLE (CUB). The two have had decent success at the age-group level. Renteria won a junior Pan-Am title and picked up a silver medal at the U23 Worlds in Belgrade in 2021.

While she has been away from the mat for some time, Potrille will be looking for a big win at the senior level. Since debuting internationally in 2018, where she picked up a Cadet Pan-Am title and a Youth Olympic Games gold medal. A year later, she picked up junior and U23 world titles at the age of 18. 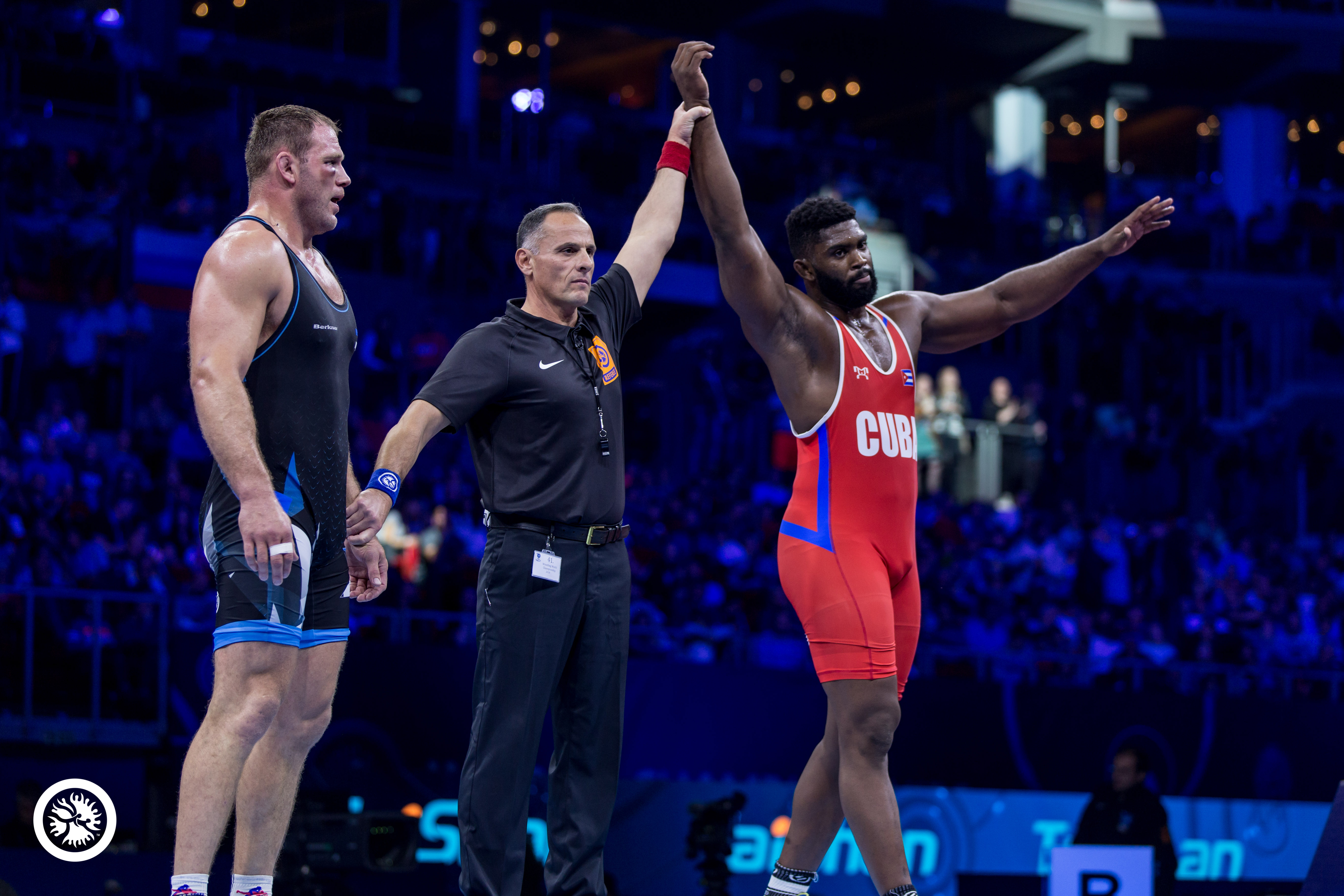 The return of Rio Olympic champion Ismael BORRERO (CUB) headlines the Greco-Roman field at the competition. The Cuban star was expected to win the gold in Tokyo but lost his second bout and had to bow at the tournament.

Borrero, the two-time world champion and Rio Olympic gold medalist, will be lacing his boots up for the first time since the Tokyo Olympic Games. After dominating his way to gold at the 2019 World Championships, he battled COVID twice.

His opponents may fancy beating the star who is returning for the first time since the Tokyo Games.

Another Cuban star Oscar PINO HINDS (CUB) will be in action in Mexico. He is back on the team after Mijain LOPEZ (CUB) won the gold in Tokyo. 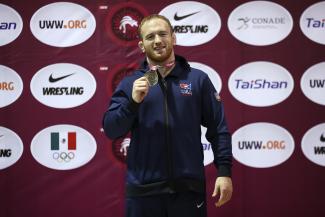