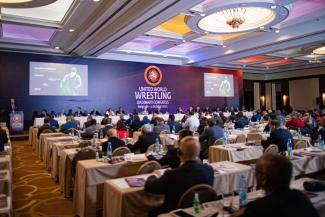 CORSIER-SUR-VEVEY, Switzerland (January 20) – The United World Wrestling postponed the Matteo Pellicone and announced Almaty and Tunis as the host sites for the remaining pair of '22 Ranking Series events Thursday.

Despite the efforts of the Italian Wrestling Federation to host Rome's Matteo Pellicone on the previously scheduled dates of February 4-7, the latest restrictions due to the Omicron variant proved to be a roadblock in hosting the event.

The tournament will now be held June 22-25 in Rome, Italy preceding the U20 European Championships, which begin June 27 at the Pala Pellicone.

In the same meeting, the Bureau finalized the '22 Ranking Series calendar. In their continued efforts to spread the Ranking Series events worldwide, United World Wrestling selected Africa and Asia as host continents for the remaining pair of 2022 events.

Apart from the season opener Ranking event – the Yasar Dogu – in Istanbul, Turkey (February 24-27), the second event will be held in Almaty, Kazakhstan (June 2-5). The Matteo Pellicone will be the third event (June 22-25), with Tunis, Tunisia being the final Ranking Series stop of the season (July 14-17). 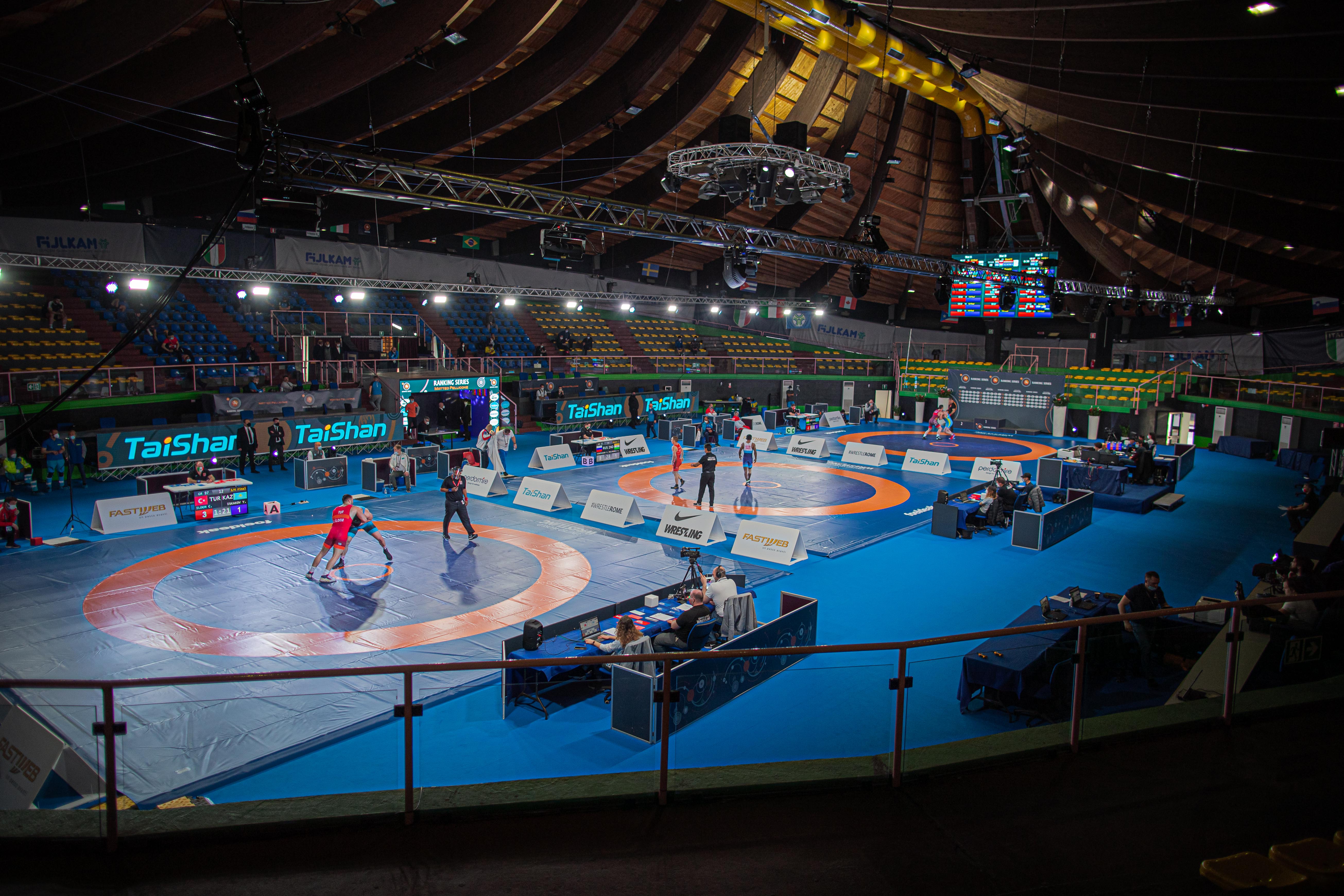 "We really think that these adjustments will benefit the sport and for the competitions organized every year," UWW President Nenad LALOVIC said while announcing the changes. "Points will be allocated to the wrestlers, depending on their rank at these events. At the end of the year, the athletes who will have the highest number of points will become the best wrestlers of the year."

Throughout '21, UWW has worked tirelessly to find improvements in the competition system. As a result, the Technical Commission and Bureau Members analyzed the current system and several other topics.

One of the most significant changes made by the Bureau was the approval of the updates to the current competition's ranking and seeding system.

UWW decided to add the XIX Mediterranean Games in Oran, Algeria (June 27-30) as a trial event to award ranking points to wrestlers participating in the Games. Other Regional Games could potentially be added to the Ranking system on a case-by-case basis. However, the final ranking points will only be awarded based on results in four out of the five events for the athletes who compete in Regional Games. The Olympics, Senior World and Continental Championships points remain unaffected.

The following competitions will determine the ranking of a wrestler:

"We encourage all your athletes to compete during these events," Lalovic said. "The [ranking] points will serve them when we establish the seeds for the Senior Continental and World Championships."

The new rankings have been updated on uww.org, with wrestlers holding points from the Tokyo Olympic Games and Oslo World Championships.

Another significant decision was changing the number of seeds at different competitions. As a result, the Bureau approved to have eight seeds for the Senior World Championships and the Olympic Games instead of the previous four.

Similarly, the number of seeded wrestlers at the '22 Senior Continental Championships will now be four instead of two. The seeds will be determined by the Ranking Series events organized before the aforementioned competitions but also by taking into account the points earned at the 2021 Senior World Championships and the Tokyo Olympic Games. 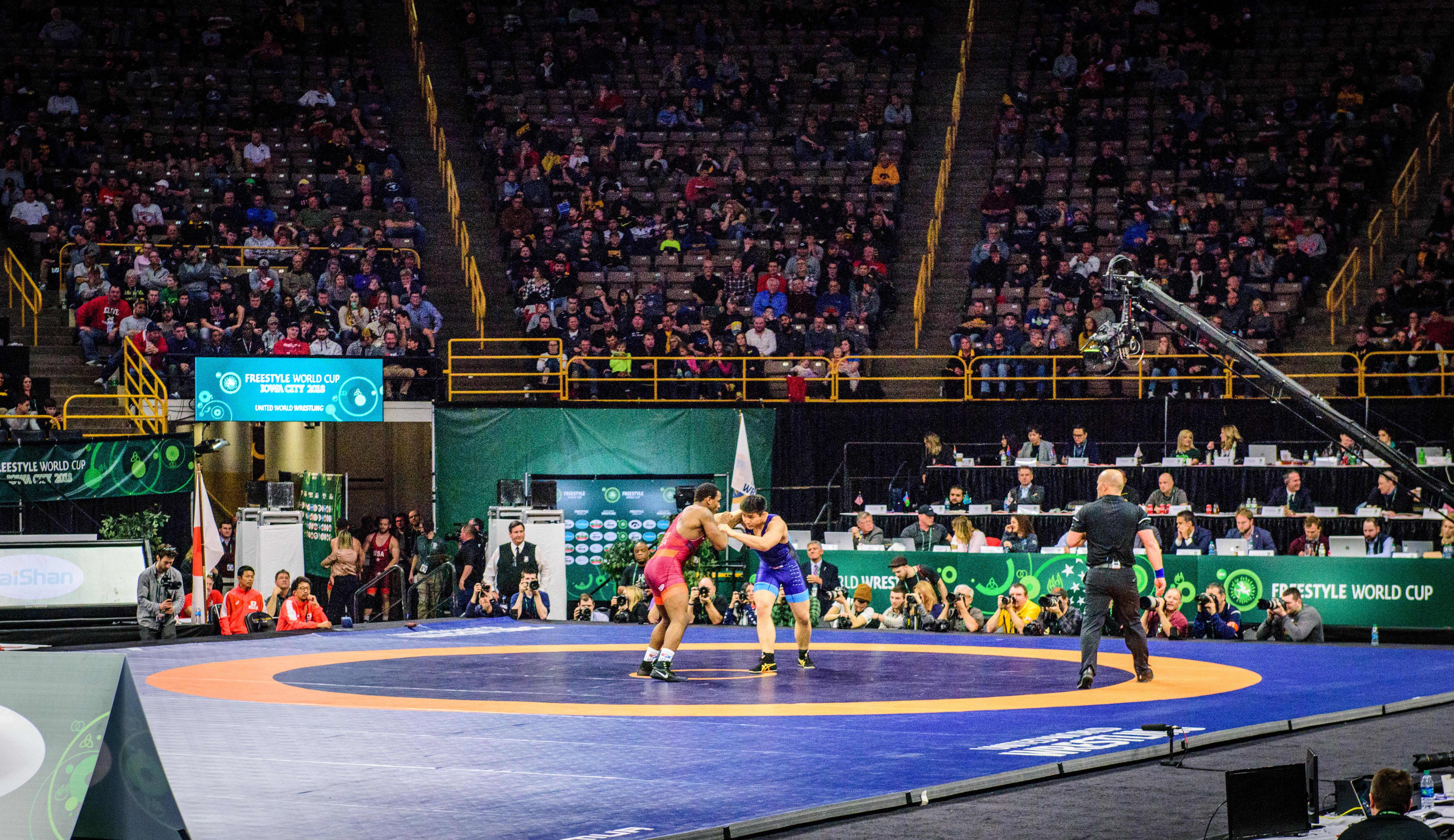 The 2018 freestyle World Cup was hosted by the USA in Iowa City. (Photo: UWW / Tony Rotundo)

In a first, UWW will host a combined Freestyle and Women's Wrestling World Cup in Iowa, USA.

Iowa will host the combined World Cup for two consecutive years – 2022 and 2023 – marking a new beginning in the wrestling calendar. This will also be the second time Iowa has hosted the Freestyle World Cup. The legendary Carver-Hawkeye Arena on the campus of the University of Iowa hosted the '18 World Cup.

After a four-year absence, wrestling will return to Baku, as the Bureau provisionally approved the Azerbaijan capital to host the Greco-Roman World Cup pending a venue inspection visit. The tournament will be held on November 5-6.

Rounding off the calendar was the selection of Ulaanbaatar, Mongolia, as the host city for the Senior Asian Championships (April 19 to 24). 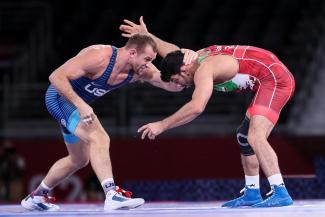 CORSIER-SUR-VEVEY, Switzerland (January 18) — With an aim to reward wrestlers participating in Ranking Series tournaments, the United World Wrestling will award prize money to the medal winners in all weight classes with a total prize money of 390,000 Swiss Francs.

The UWW Bureau approved the prize money after a proposal was put forward for the same. The Ranking Series tournament participation has been growing every year and the prize money will be a catalyst to grow it further.

This prize money will be awarded at the Zagreb Open, the first Ranking Series tournament of the year which begins February 1.

The Bureau also approved a total prize money of 150000 Swiss Francs for the Best Wrestler of the Year. The award is given to 30 wrestlers, 10 each is three styles, at the end of the year.

This award is based on the ranking points collected at the Senior World Championships, the continental championships and the four Ranking Series events.