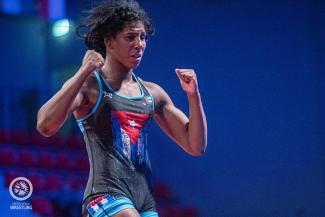 BUDAPEST, Hungary – Milaimys MARIN POTRILLE (CUB) knocked off a Senior World medalist in an impressive win in the women’s freestyle gold-medal finals at 72 kg on Friday night at the U23 World Championships.

The win marks Marin Potrille’s second World gold medal of the year as she was a 2019 Junior World champion.

Wang struck first on exposure, leading 2-0 at the break, but it was all Marin Potrille in the second period.

The Cuban got on the board with a takedown on the edge for a lead on criteria. With less than 10 seconds left, Marin Potrille iced the match with a takedown and gut wrench for a 6-2 victory.

Throughout the competition, Marin Potrille was the only women’s freestyle champion that does not represent Japan or China.

For the gold at 57 kg, Nanjo was just as dominant, scoring two takedowns and three gut wrenches for a first-period 10-0 techical fall against 2019 Junior World silver medalist and 2017 U23 World bronze winner Alina AKOBIIA (UKR).

Inagaki came out on top in a second-period scramble to give her an eventual 3-0 win.

Japan won the team title, claiming seven gold medals, one silver medal and one bronze medal for 230 points. In second was China, which edged out Ukraine 105-103. 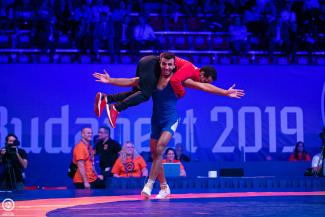 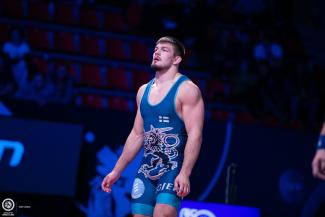 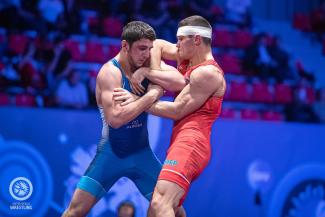