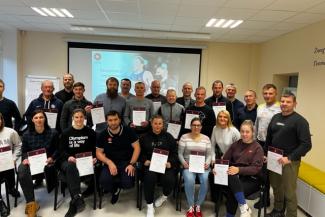 SIAULIAI, Lithuania  (November 21) – The Lithuanian Wrestling Federation, in partnership with the Lithuania Olympic Committee, are working to grow and develop Freestyle and Women Wrestling in their country.  After a long success in Greco-Roman, the LTU Federation wanted to begin to develop the other Olympic styles. As a result, they organized a Level 2 coaching course from 7-11 November 2022 with the emphasis of developing and training their current FS/WW coaches. This course was conducted in conjunction with Olympic Solidarity and United World Wrestling.

The Level 2 Coaching course was conducted by Mr. Yusup ABDUSALAMOV (POL) – UWW Coach Educator and former Olympic silver medalist. The course had 25 participants (17 men and 8 women). “Here I saw educated, interested and very diligent coaches," said Mr. Abdusalamov. "They managed very well with all the tasks that were set before them and found unconventional, non-standard and creative approaches to solving them.”

The coach participants focused on many topics surrounding the idea of developing training sessions for wrestlers. Some of the topics included coaching the basic skills or wrestling, introduction to performance analysis, theoretical framework to planning, practice plan essentials, strength and conditioning, and nutrition and weight management. During the course, the coaches participated in practical assessments to demonstrate their knowledge.

"I have to say that we are very satisfied with how the course went. We had different expectations from the upcoming training, but we were all pleasantly surprised by the level of positivity in the learning, the number of creative tasks, the fullness of the practical sessions, the amount of imagination and thinking that this process required from us." said Sergejus Kasimovas (Head Coach of LTU National Freestyle Team). "It was a very useful and interesting experience for all of us. I am very grateful to our Wrestling Federation for organizing this course, and to UWW and the Olympic Solidarity Foundation for supporting and funding this event. We look forward to similar events in the future.” 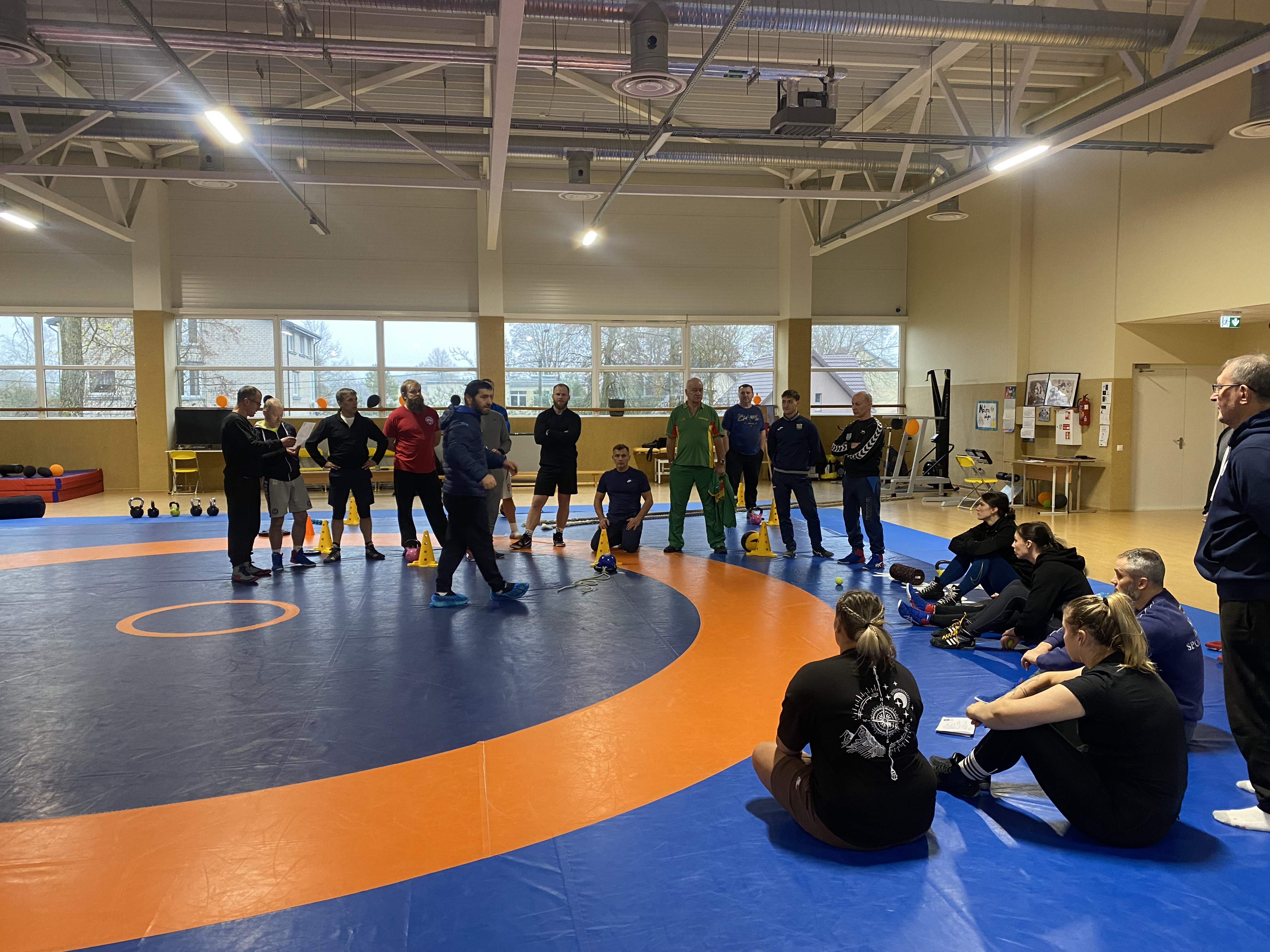 “The seminar went exactly according to plan. It was very informative and useful for every coach and athlete. Theoretical knowledge was precisely applied in practice. Every lecture we learned new things about coaching and training planning," said Giedre Darge (WW Coach). "Trainers share their personal experiences with each other’s. Students in the course were involved in the discussions, as a result they could express their opinions. The lecturer was very competent and perfectly able to share his knowledge. A lot of attention was made to team building, which is very important for achieving a best result. Every participant after seminar were satisfied that they learned new things.”

“I have to say that the course went very well with a high level of feedback, enthusiasm on both sides, great effort and commitment on the part of the participants." said Mr. Abdusalamov. "The organization of the course was at a good level. I would like to thank the board and staff of the Lithuanian Wrestling Federation, represented by President Giedrius Dambrauskas, and Siauliai Sports Gymnasium for the support in organizing the course."