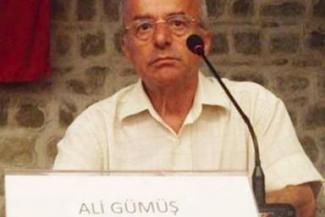 It is with deep sorrow that we inform you of the sudden passing of Mr. Ali Gümüş, President of AIPS Wrestling Commission, journalist at daily Cumhuriyet newspaper and beloved husband, father and grandfather, on Friday, 5AM, April 3rd, 2015 in Istanbul. He was 74 years old.

Mr. Gümüş (1940-2015) was born in Safranbolu, Turkey, in 1940. He started wrestling in Istanbul Güreş Ihtisas Kulübü (Istanbul Wrestling Education Club) in 1954.
He represented the Republic of Turkey internationally in weight-lifting in 1959. The same year, he entered Turkish news media by starting to work in the Günlük Spor (Daily Sports) newspaper. He continued sports journalism in Son Posta newspaper.

Mr. Gümüş worked non-stop at the Tercüman newspaper for 35 years, writing primarily about wrestling and weight-lifting and quickly rose through the ranks to Editor, Editor-in-Chief, and General Manager positions. From 1980 to 1981, he relocated to Sydney as the editor-in-chief of the Australian version of Tercüman. Mr. Gümüş is the only journalist in the world awarded thrice by FILA the “Service to World Wrestling” award: in Minsk, former USSR in 1975; in Bursa, Turkey in 1977; and in Seoul, Korea in 1988. In 1991, he was awarded the “Best Wrestling Journalist of All Times” by the International Amateur Wrestling Federation.

Ali Gümüş was elected Chairman of AIPS Wrestling Commission in Athens in 1999, a position he held for the rest of his life. Mr. Gümüş received the Fair Play award in 2002 and Turkish Language Association (Türk Dil Kurumu) award in 2003, among hundreds. He was awarded the Journalist Burhan Felek Service to Journalism Award (Basın Hizmet Ödülü) in 2011, for his active role in journalism for more than 50 years.  Ali Gümüş authored more than 30 books, including “Kahraman Asker Mareşal Fevzi Çakmak” (Hero Soldier Marshal Fevzi Çakmak), which was translated to Chinese, in addition to three books that are forthcoming.

He was fluent in German, English, Romanian and Turkish. 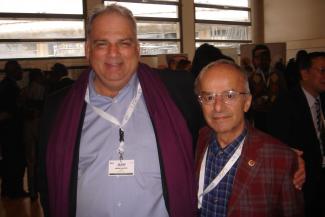 Mr. Gümüş is survived by his wife, Ms. Fatime Gümüş, retired as a managing mechanical engineer from the Atatürk Kültür Merkezi (Atatürk Cultural House), the iconic theater and opera house of Istanbul; a daughter, Dr. Zeynep Hülya Gümüş, an Assistant Professor of Genetics and Genomics at Icahn School of Medicine and Adjunct Assistant Professor of Medicine at Weill Medical College of Cornell University, both in New York City; a son, Remzi Gazanfer Gümüş, a creative director at Huge Advertising Agency in New York City; in addition to three grand-sons, Nuri, Erol and Emre Gümüş.

A special ceremony was held in his memory at the Turkish Sports Journalists Association (TSYD) on Saturday, April 4th, 2015, followed by prayer services the same day at Levent Mosque, both in Istanbul, Turkey. Mr. Gümüş’ eternal resting place is at the Zincirlikuyu cemetery, parcel 31, on a beautiful hill overlooking his beloved Istanbul, Turkey.