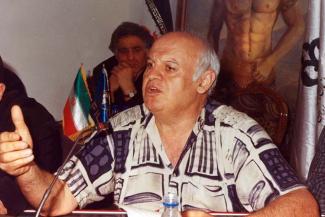 Mr. Hesari was born in 1944 in Tehran and was a well-respected Iranian sports journalist with more than 45 years covering large events around the world. Suffering from a long illness, Mr. Hesari immigrated to the United States in 2008 for treatment.

Mr Hesari was a life long advocate for the sport of wrestling and despite being in a wheelchair attended the 2014 FS World Cup in Los Angeles where he watched the Iranian team take the team title.