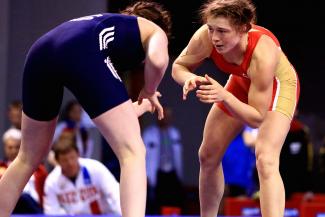 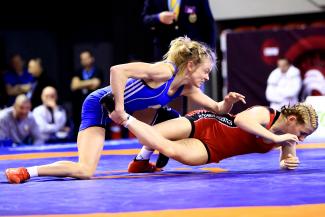 At 75kg, host Poland will have one of its own in the final medal bouts for the second straight discipline. Daria OSOCKA (POL), who defeated junior world champion Sabira ALIYEVA (AZE) in the quarterfinals, will face Paris Grand Prix runner-up Epp MAE (EST) for the gold medal.

Two days earlier, Robert BARAN (POL) won a bronze medal at 125kg at the conclusion of the men’s freestyle competition of Poland’s only medal in the discipline. 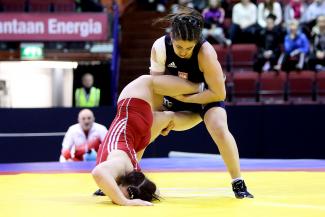 Kurachkina will square off with rival Liliya HORISHNA (UKR) in a rematch of their bronze medal bout at the European junior championships last June in Katowice, Poland. Horishna won that encounter 10-6.

Hanzlickova will be seeking to become the Czech Republic’s first woman to win a European wrestling crown at the junior or senior level. 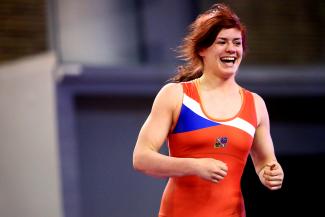