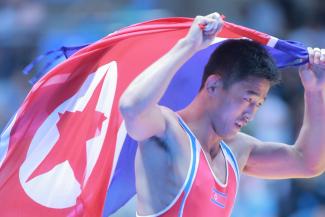 Jong’s gold medal comes two weeks after teammate YANG Kyong-Il (PRK) won the world championships title at 57kg in Tashkent. Despite the world title, Yang is reportedly No.2 in DPR Korea behind Jong who won the Takhti Cup crown in February.

On the night of championship finals at Dowon Gymnasium in central Incheon, Korea, Jong opened up a 7-0 lead over Asia champion Rasul KALIEV (KAZ) and held on through the final minute for an 8-6 win. 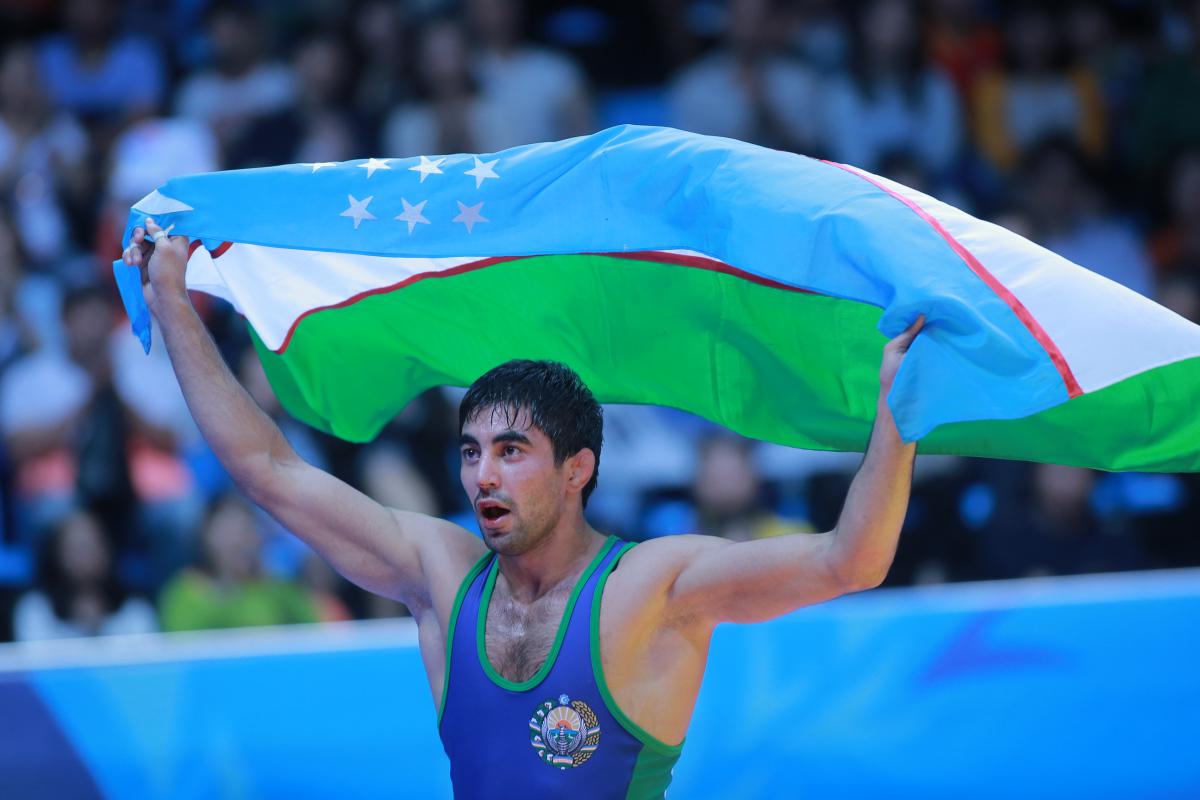 Wrestling continues Sunday with action in freestyle at 65kg and 97kg, and in female wrestling at 55kg and 75kg. 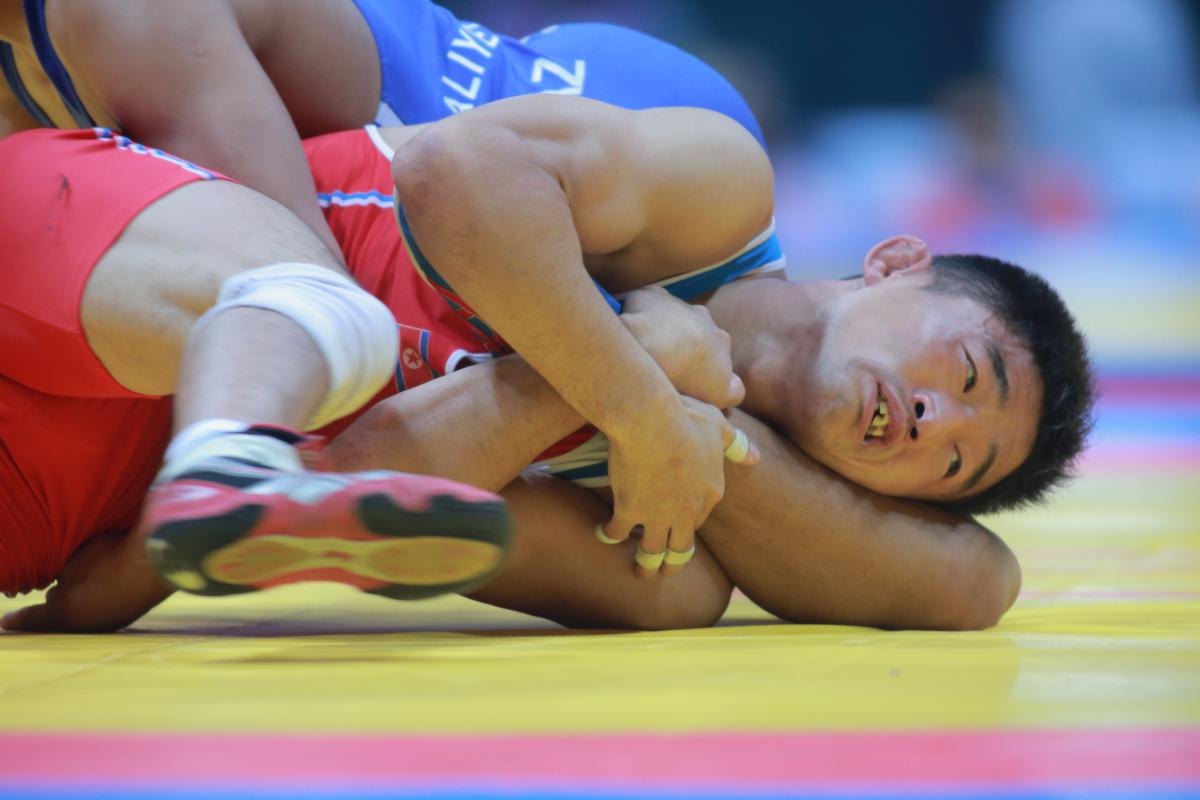 JONG Hak-Jin (PRK) hit a four-point double-leg attack for a 7-0 lead over Rasul KALIEV (KAZ) midway through the second period, then held off a frenzied comeback attempt by the Asian champion for an 8-6 triumph.

In the bronze medal matches, Yasar Dogu winner BATBOLD Nomin (MGL) scored back exposure off a double-leg attack for a 5-3 win in the closing seconds over Fumitaka MORISHITA (JPN).

YUN Jun-Sik (KOR) received a point off the 30-second penalty clock and added a go-behind for 5-2 win over Nikolay NOEV (TJK) in the other bronze medal bout.

World bronze medalist Bekzod ABDURAKHMANOV (UZB) used a low-single attack and spin behind counters for a 7-2 win over OH Man-Ho (KOR) for his his first major international title. 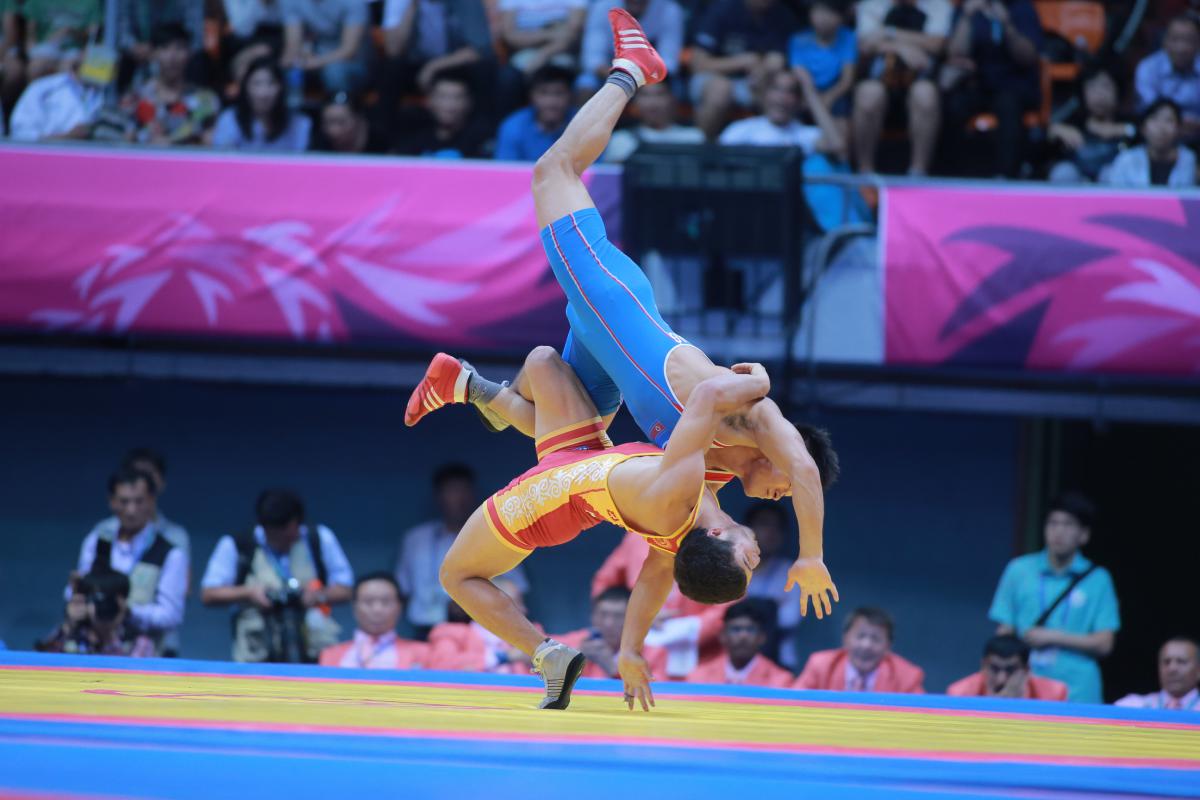 Eleman DOGDURBEK UULU (KGZ) launched a back-arching throw for four points one minute into his bronze medal bout with JANG Myong-Song (PRK) and added a slking-leg takedown in the second for a 6-0 win.

Veteran Takafumi KOJIMA (JPN), a silver medalist at the 2006 Asian Games, picked away at LING Haiwei (CHN) for an 8-0 win in the other bronze bout. 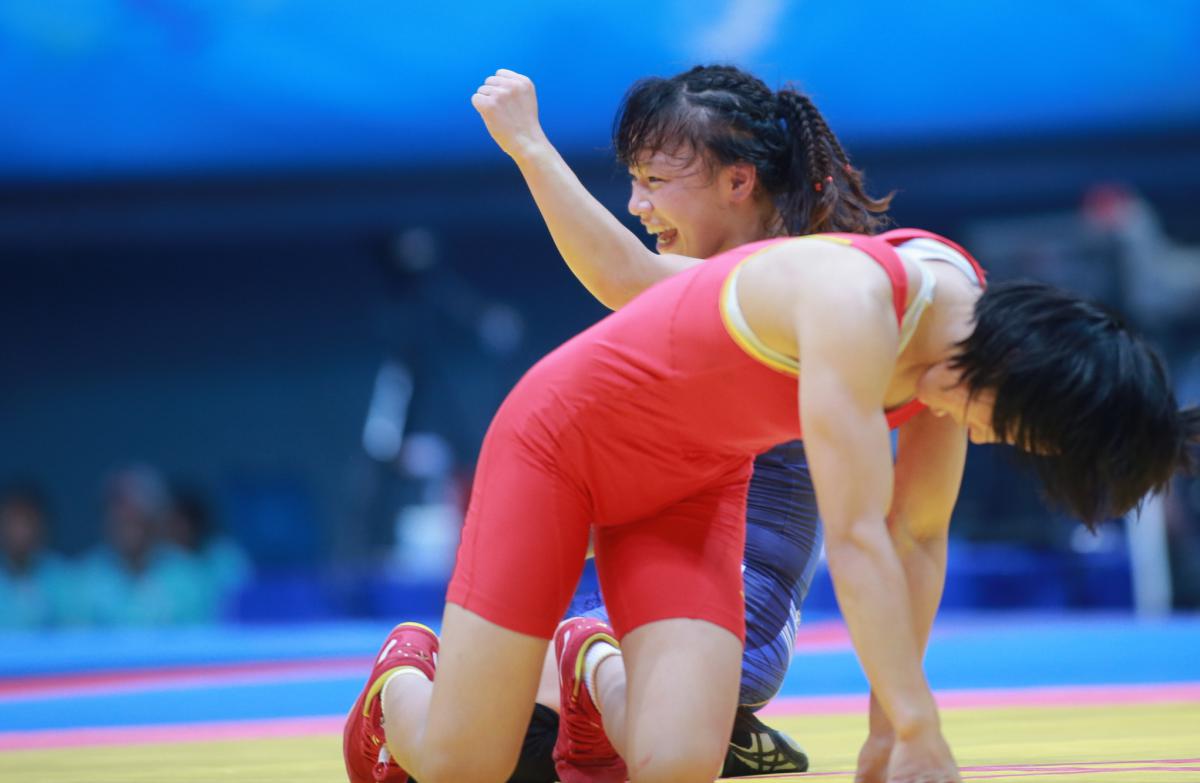 Reigning world champ Eri TOSAKA (JPN) worked a pair of front headlocks for takedowns and eased her way past SUN Yanan (CHN), 5-1, in a reprise of her World Cup win over the 2013 world champ in Tokyo in March.

In the bronze medal matches, Asia champion Tatyana AMANZHOL (KAZ) overwhelmed Maliwan MUANGPOR (THA) with takedowns and turns for a technical fall at 2:54. Commonwealth Games winner Vinesh (IND) scored with a series of go-behinds for a technical fall over ERDENESUKH Narangerel (MGL) at 2:31. 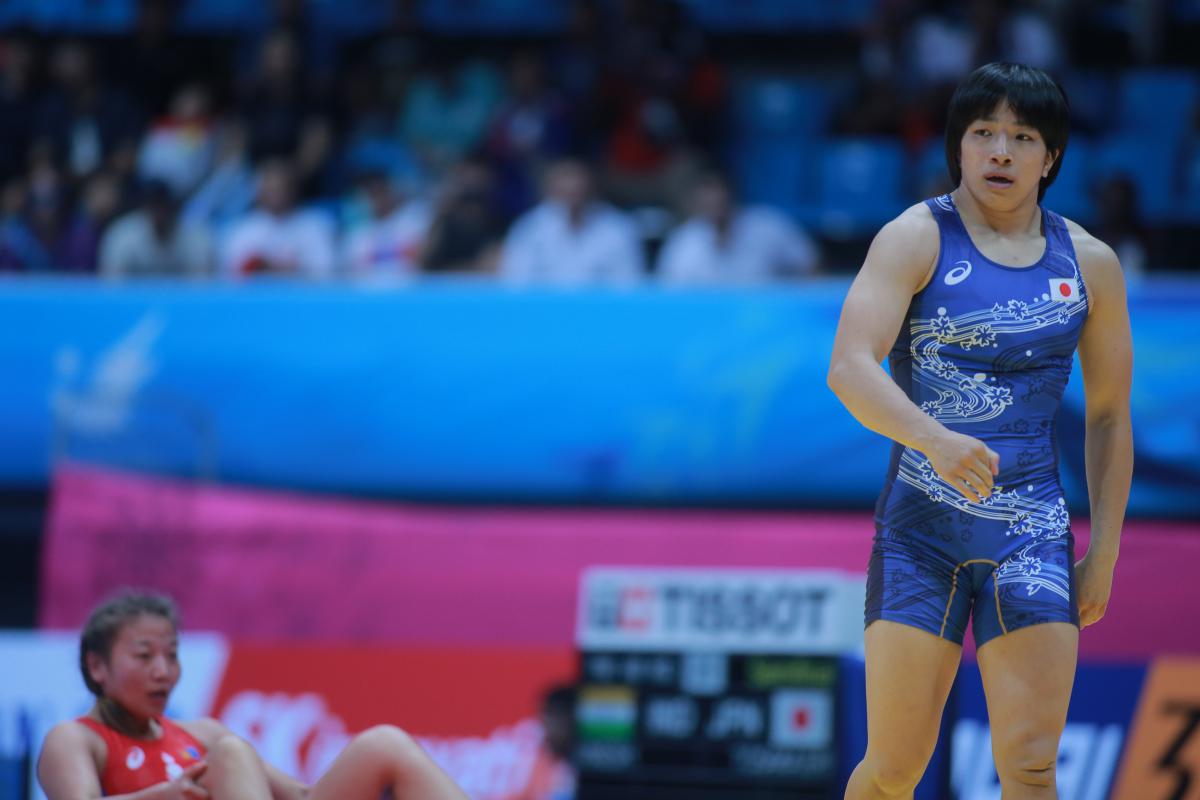 Rio WATARI (JPN) gave up a go-behind to 2011 world champ XILUO Zhuoma (CHN) but then tripped the 2013 Asia champion to her back with three seconds remaining in regulation for 4-4 win on criteria and the gold medal.

SUKHEE Tserenchimed (MGL), 60kg world champ crowned in Tashkent, got her double-leg attack going against KIM Kyeon-Geun (KOR) and wrapped up a 10-0 technical fall at 2:24 for one bronze medal.

Geetika JAKHAR (IND) used a leg grapevine and cranked LY Thi Hien (VIE) over for the fall at 0:55 for the other.