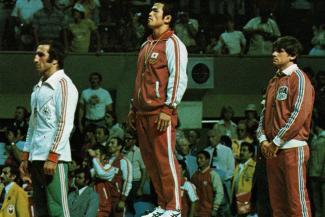 Jiichiro Date, the gold medalist in freestyle 74kg at the Montreal 1976 Olympic Games, has died, the Japan Wrestling Federation announced on its website Thursday. He was 66.

According to an announcement by Kokushikan University, Date's alma mater, he died in a fall on Tuesday night at his home in Chofu, Metropolitan Tokyo, the website and Japanese media reported. No further details were provided.

Date, native of Saeki, Oita Prefecture, in southern Japan, had success in both freestyle and Greco-Roman, the JWF website said.

In 1970 at Kokushikan, he became the first freshman in history to win a national collegiate title he won the Greco-Roman 74kg crown. That year, he finished second in the national senior championships, and in 1971, won another silver medal--this time in freestyle.

He captured his first national senior title in 1972 in Greco-Roman 74kg, which earned him a place on his first Olympic team. At the Munich 1972 Olympics, he lost in the third round.

After that, he exclusively switched to freestyle. Relying on an effective high crotch attack, he won a bronze medal at the 1975 world championships in Minsk. After finishing second at the Japan championships in 1974 and 1975, he won the first of three national freestyle titles in 1976. 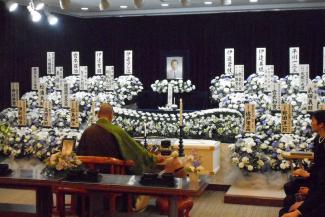 At the Montreal Olympics, he won the 74kg gold, beating American Stan Dziedzic in the semifinals and Iran's Mansoor Barzegar, the 1975 world silver medalist, in the final.  He won six of his seven matches by fall. Sadly, he never got the opportunity to defend his Olympic title, as Japan joined the boycott of Moscow 1980.

In a country where global success is mostly limited to lightweights, Date stood out as a source of inspiration for wrestlers in the heavier classes.

The JWF website said that after retiring, Date returned to Kokushikan to become the school's coach. He also served in various coaching positions with the Japan national team in the late 1980s and 90s, and was a member of the staff at the Barcelona 1992 Olympics.

From 2015, he was serving as general manager of Kokushikan's sumo wrestling club. Date's ties to sumo go back years, and according to Japanese media, he helped bring former grand champion Musashimaru from Hawaii to Japan to join the sumo world, after Date spent time coaching at Musashimaru's high school.

Last November, he was said to be in high spirits as he gave the welcoming speech as an Olympic gold medalist at the 100th anniversary party for Kokushikan University. 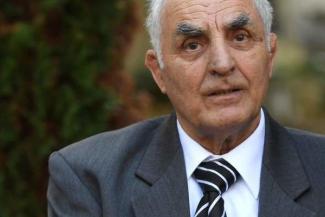 Varga was born on October 21, 1939 in Abony, where he learned the basics of the sport and then completed his unparalleled career in the Budapest Honvéd Armed Forces.

On the mat, he was characterized by enormous self-discipline, endurance and extraordinary physique, and won a total of ten world competition medals, including five gold.

He is one of the six Hungarian wrestlers who can call himself an Olympic, World Championships and European Championship winner.

Considered among the best in both Greco-Roman and freestyle, he won his first world championship title with a broken rib in 1963, after winning silver and bronze in freestyle in 1961 and 1962 respectively.

He won silver at the 1967 World Championships at 57kg and climbed to the top of the podium at the 1968 Olympic Games in Mexico City alongside his best friend Istvan Kozma.

After his sport career, Varga did not turn his back to the mat, working as the head coach of the Budapest Honvéd and the junior national team. In addition, he also acted as an international referee.