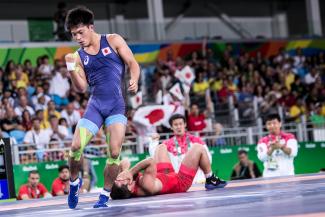 CORSIER-SUR-VEVEY (March 9) – A rematch between Rio 2016 silver medalist Shinobu OTA and Japanese rival Kenichiro FUMITA highlighted a quiet month for the classic style as most of the changes in the United World Wrestling rankings for March were in the lower quarter of each category.

Wrestling in the 59kg final of the Cerro Pelado International in Cuba, Ota held on for 8-7 win over Fumita to avenge a loss to the Golden Grand Prix Final titlist in the Japanese national championships in late December.

With Rio gold medalist Ismael BORRERO (CUB) on the sidelines, Ota held onto his No.2 ranking at 59kg for March, while Fumita, who won the prestigious Pytlasinski tourney last June, climbed from seventh to No.5 on the featherweight roster.

Meanwhile, London 2012 silver medalist Heiki NABI (EST) was the only other wrestler ranked in the top 10 who was in action in February. Nabi, also a bronze medal finalist in Rio de Janeiro and ranked No.5 at 130kg, took a bronze medal at the Cerro Pelado International in Cuba.

YANG Bin (CHN), winner of the Hungarian Grand Prix last year, won at 75kg in Cuba to climb two rungs at welterweight to No.10, while world student champion and Paris Grand Prix runner-up Erik SZILVASSY (HUN) stepped up to No.12 after a third place at 85kg in the Sirakov-Iliev International in Varna, Bulgaria.

Paris Grand Prix titlist Robert FRITSCH (HUN) also got a small bump at 71kg with a win in Varna, advancing two places to No.14 after a runner-up showing at the Sirakov-Iliev tourney.

The Dave Schultz Memorial in Colorado Springs also saw some its medal winners secure positions in the lower quarter of rankings this month.

Kamal BEY (USA) earned a No.18 at 75kg after adding the Schultz title with a win at the Farrell Memorial in November, while Pan American champion at 75kg Geordan SPEILLER (USA) comes in at No.19 with the Schultz and Cerro Pelado crowns at 80kg. 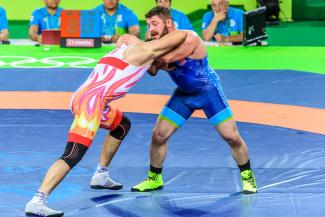 Two-time Olympian Ben PROVISOR got his foot in the door at 85kg while Schultz finalists at 98kg, junior world bronze medalist G’Angelo HANCOCK (USA) and Hayden ZILLMER (USA) are No.18 and No.19 after the Colorado Springs showdown. 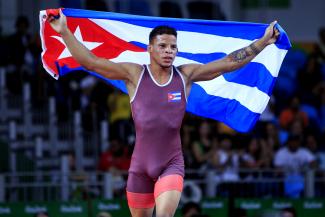 59kg – Former junior world bronze medalist Islomjon BAKHRAMOV (UZB) notched a fall and a pair of technical falls to win the Petko Sirakov-Ivan Iliev International in Varna, Bulgaria and take a toehold on the featherweight rankings at No.19. 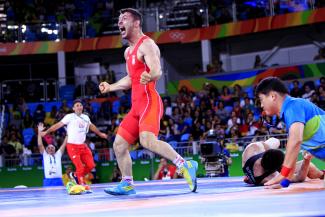 66kg – Shogo TAKAHASHI (JPN) bagged silver medals back-to-back at the Schultz Memorial and the Cerro Pelado International to join the rankings at No.19 – one step ahead of DONG Jinxin (CHN), making his international debut with a win in Cuba. 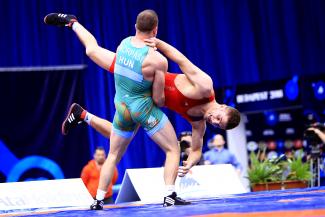 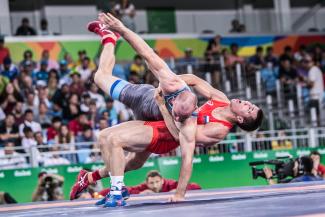 75kg – Junior world team member Kamal BEY (USA) won titles at the Farrell and Schultz Memorials to climb into the rankings at No.18, while Geordan SPEILLER (USA) grabbed back-to-back titles at 80kg at the Schultz Memorial and Cerro Pelado to fall in behind his compatriot. 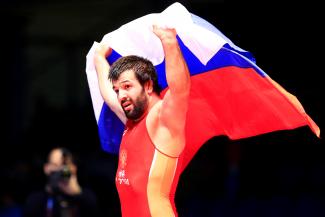 80kg – Asian junior bronze medal winner Jalgasby BERDIMURATOV (UZB) rolled up a pair of technical falls in Varna and joins the rankings at No.20 after winning the Sirakov-Iliev tourney. 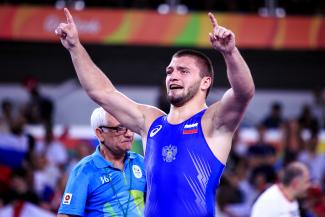 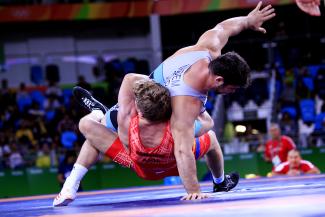 98kg – Hungarian Grand Prix winner one year ago XIAO Di (CHN) returns to the heavyweight roster at No.17 with a bronze medal in Cuba while European under-23 bronze medalist Zsolt TOEROEK (HUN) comes in at No.20 after winning in Bulgaria. 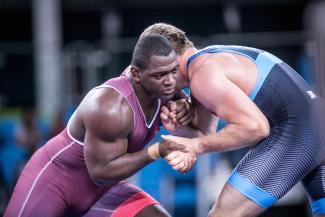