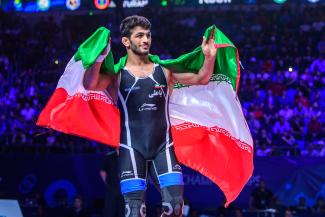 TEHRAN, Iran (June 17) --- Iran finished the '16 Olympic Games with five medals (one gold, one silver and one bronze in freestyle and two bronze in Greco-Roman).  From the five Rio Olympic medal winners, superstar Hassan YAZDANI (IRI) is the only returning Olympic representative. The other ten will experience their first Olympics in Tokyo.

"The Greatest," Yazdani has the chance to make history in Iran by winning his second gold medal in Olympic Games. 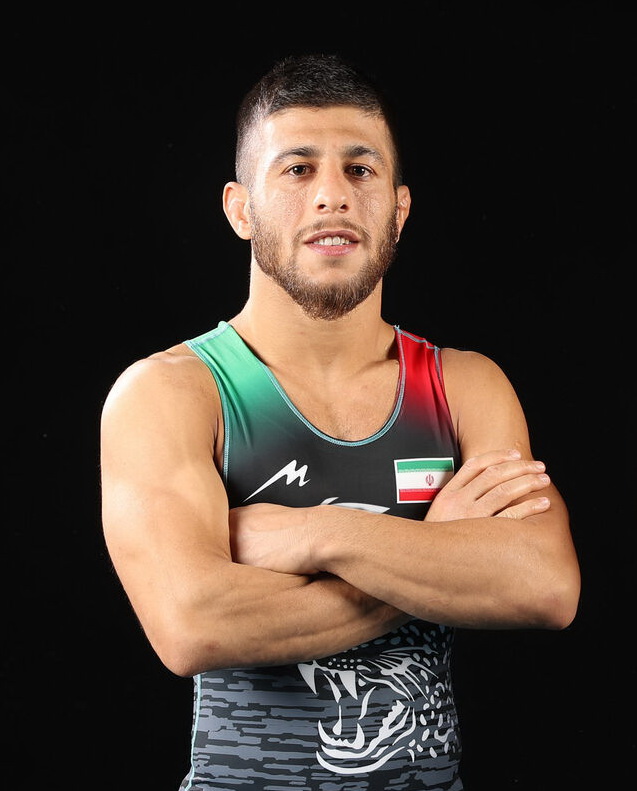 Men’s Freestyle:
57kg - Reza ATRI
After the retirement of Hassan RAHIMI, Reza Atri became the number one wrestler in Iran at 57kg. Atri earned the Olympic spot for Iran after he placed fifth at '19 World Championships in Nur-sultan. The '19 Asian champion defeated youngster Rahman AMOUZAD KHALILI Khalili in the team trials and was selected for Olympic Games.

65kg- Morteza GHIASI
Amir Mohammad YAZDANI secured Iran's ticket to Tokyo at the Asian Olympic Qualifier, but Yazdani lost to Morteza GHIASI and will miss the Olympic Games.  Ghiasi, a '21 Asian bronze medalist, beat Yazdani by fall in the team trials and earned the right to represent Iran at 65kg.

It was Emami who earned the Olympic spot for Iran at the Asian Qualifier, but he fell to Khadzhimurad GADZHIYEV (AZE) while Hosseinkhani succeeded to beat the Azeri, 3-0, in their semifinal mee 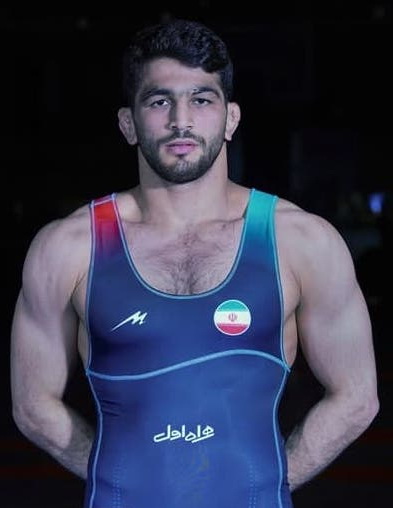 86kg- Hassan YAZDANI
Iranian superstar Hassan Yazdani has aimed to be the first Iranian wrestler in history to obtains two Olympic gold medals. But one of Yazdani's toughest rivals is not only inside of Iran -- but he's inside of his town, Juybar! Kamran GHASEMPOUR, the two-time Asian champion and two-time U23 world champion, competed against Yazdani in the team trials. But, like last year, Yazdani downed Ghasempour, 5-3, and will represent Iran at 86kg.

97kg- Mohammad Hossein Mohammadian
Earning the Olympic quote was only the start for Iran's 97kg wrestlers. They had a difficult national trial at the Poland Open to determine the spot. Three Iranian contenders were looking for that 97kg Olympic. They were '14 world bronze medalist Mohammad MOHAMMADIAN, three-time world medalist Alireza KARIMI and '21 Asian champion Ali SHABANI.

Mohammadian grabbed the Tokyo ticket by defeating both of them and by winning gold in Poland.

125kg- Amir Hossein Zare
Like 74kg and 97kg, the same selection process was followed in Poland at 125kg between Amir ZARE and Amin TAHERI.

Zare, a U23 world champion, had a brilliant performance and captured gold while Taheri was eliminated after falling to the Egyptian wrestler. So, 21- year-old Zare received the Olympic spot and will represent Iran at heavyweight in Tokyo. 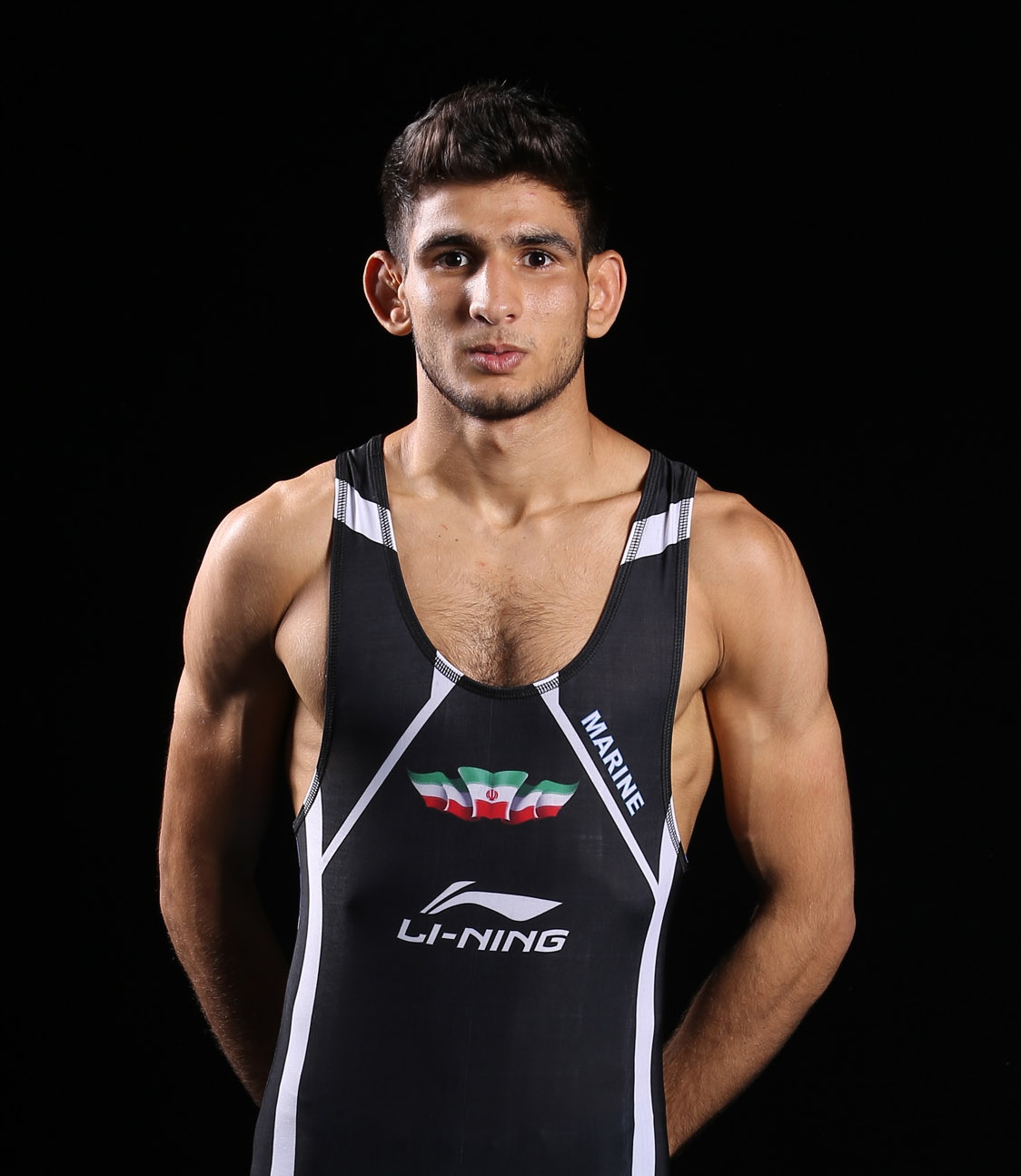 Greco-Roman:
60kg- Alireza NEJATI
Nejati, the 23-year-old, was a newcomer at the '19 World Championships but by winning the bronze medal, he introduced himself to the 60kg weight class. Nejati tightened his place in the Iranian GR lineup as captured gold medal in at the Ukranian tournament.

67kg- Mohammadreza GERAEI
Mohammadreza Geraei earned the 67kg Olympic spot for Iran by winning gold amongst a couple of past world medalists, RYU Hansu (KOR) and Armen VARDANYAN (ARM). The strong performance from the '19 U23 world champion convinced head coach Maohammad BANA to select him for Tokyo Olympic Games.

77kg- Mohammad Ali GERAEI
The older brother is happy to see his younger brother beside him at the Olympic Games. Two-time world bronze medalist Mohammad Ali qualified for Tokto by winning a bronze medal in Nur-Sultan. Meanwhile, the trial for Iran 77kg Olympic spot was at the Ukrainian Tournament, where Geraei defeated Amin KAVIANINEJAD, 4-2, in the final match to receive a ticket to Tokyo.

Now, the Geraei brothers have the chance to make history by winning medal in Tokyo.

97kg: Mohammad Hadi SARAVI
The Poland Open acted as a team trial for at 97kg and 130kg. At 97kg, Mohammad Hadi Saravi, the one who achieved gold at the Asian Olympic Qualifier, met Iranian rival Mehdi BALI in the Poland Open finals earned his spot in Tokyo with a 3-0 win. 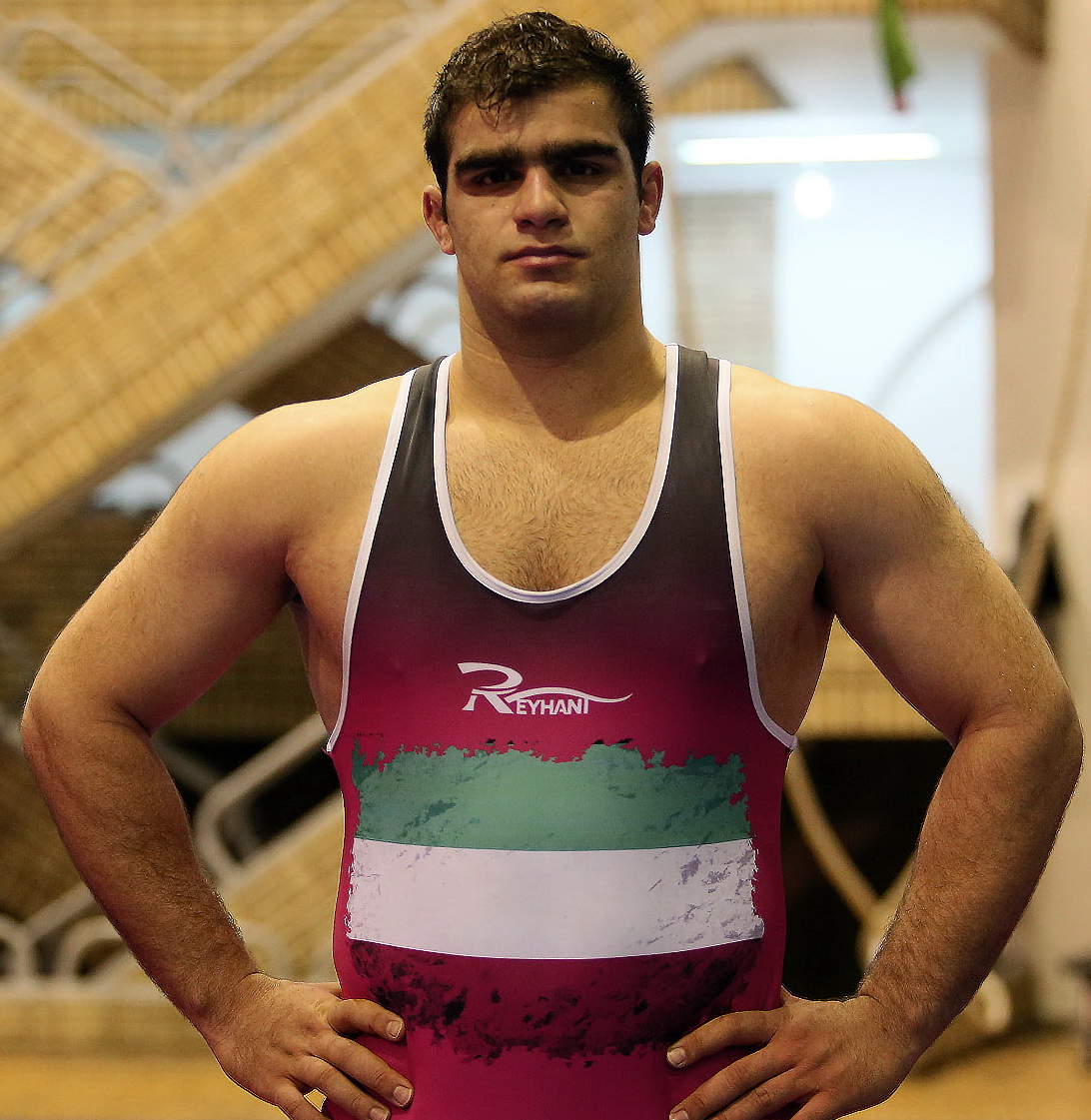 130kg- Amin MIRZAZADEH
At heavyweight, Amir GHASEMI placed fifth in Nur-Sultan to earn Olympic spot, while Ali Akbari YOUSEFI succeed to win gold at the '21 Asian championships but none of them represent Iran in Olympic Games.

During the Poland Open,  Ghasemi was eliminated but Yousefi and Amin Mirazazadeh advanced to the final bout.

Mirzazadeh, the young and motivated '18 junior world champion, celebrated his Olympic license by winning the match, 3-1. 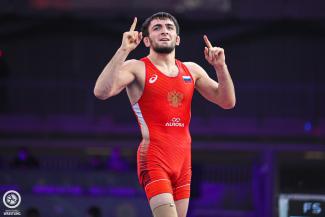 CORSIER-SUR-VEVEY, Switzerland (September 28) -- When Russia was deciding its squad for the World Championships, only two weight classes were confirmed. Just a week ago, they hosted their team trials and once again, only two wrestlers were given direct entry to the Worlds.

One was the obvious choice of two-time Olympic champion Abdulrashid SADULAEV (RUS) at 97kg. The other was Abasgadhzi MAGOMEDOV (RUS) at 61kg.

While Sadulaev has been Russia’s leader of the freestyle team, Magomedov claimed that spot with some consistent and dominant performances at the international level since his junior years.

He is a junior world champion, senior European champion and the winner of the Individual World Cup and is the favorite to win the gold medal in Oslo.

A weight that has talented youngsters and defending world champion, 61kg promises to be a slugfest and the fans can enjoy the quality action on day one of the tournament.

Beka LOMTADZE (GEO) will be on the mat trying to defend his world title from 2019 but he faces a stiff challenge from Magomedov, Tokyo Olympians Arsen HARUTYUNYAN (ARM) and Stevan MICIC (SRB).

Lomtadze tried qualifying for the Tokyo Olympics but failed after losing in the Last Chance Qualifiers. But that was at 65kg. He will now be back to his more favored weight but with age catching up, it will be difficult ask for him to keep the gold.

Amouzadkhalili once again showed why he is rated so high around the world after winning his second junior world title with little to no challenge in Ufa, Russia. His attacking and composed wrestling makes it difficult for his opponents to stop him from making scoring moves in crunch situations.

He is also Iran’s big hope to take over the 65kg category in the future and this World Championships can be a decent view of what we can expect from him.

Fix will revive his rivalry against Magomedov after the two met at the cadet worlds six years ago, a meeting Magomedov won in a close encounter 3-2.

Fix won the team trials in the USA with ease and can notch up wins in Oslo over anyone in the field but his weight loss issues along with the rise of youngsters he has never faced before could well be a problem.

One such wrestler is Zholdobeshkov who won the U23 Worlds in 2019. While he hasn’t been consistent, his Asian Championships gold and experience at competing at big events gives him the edge. Askarov too was exceptional in recent times with silver at Asian Championships and at Yasar Dogu.

Hartunyan has a win over Lomtadze and was also at the Tokyo Olympics and his ability to perform when no one expects him to will be a thing to watch out for.

Magomedov's run in Oslo will also determine how he plans to wrestle in the future, challenging 2019 world champion at 65kg Gazdhimurad RASHIDOV (RUS). Not only him, but a few of these wrestlers at 61kg will be trying to be the representatives for their countries come Paris 2024.