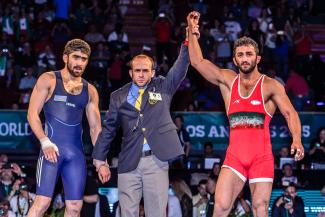 CORSIER-SUR-VEVEY (May 6) – World champion Soslan RAMONOV (RUS) stumbled in the semifinals of the Yasar Dogu wrestling tourney and fell from the top of the ladder at 65kg in the United World Wrestling rankings for men’s freestyle.

Ramonov, who had finished in seventh place at 70kg at the Medved Prizes in early March, slipped to No.3 in the rankings behind Mohammadi and 2014 European champion Magomed KURBANALIEV (RUS).

European bronze medalist Borislav NOVACHKOV (BUL), who pinned Ramonov in the Istanbul semifinals, made the biggest leap in this month’s rankings, going from unranked to eighth at 65kg.

Khetik TSABOLOV (RUS), world champion at the non-Olympic category of 70kg, tested the waters at 74kg but lost to Tsargush in his opening bout and had to settle for a bronze medal. 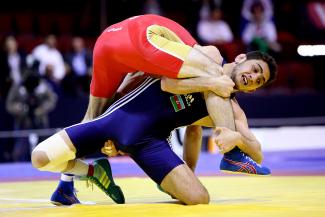 A sixth world champion, Haji ALIEV (AZE), who has wrestled twice at 65kg this year, was back at the non-Olympic category of 61kg for the World Cup in Los Angeles and posted three wins to help Azerbaijan to third place.

Along with the six world champions, four gold medalists from the London 2012 Olympic Games were also in action, led by Dyamal OTARSULTANOV (RUS) who won the 61kg crown in Istanbul on the strength of four technical falls.

Burroughs, ranked No.2, and Sharifov, listed at No.3, both finished with the best individual performances in their respective weight categories.

Togrul ASGAROV (AZE), meanwhile, notched a pair of wins at the World Cup in his most convincing performance since London, but lost to Mohammadi to finish with the third best performance at 65kg to join the rankings at No.15.

Wrestlers in the rankings are listed by name, country code, most recent or most significant result over the last 12 months, and their ranking the previous month. 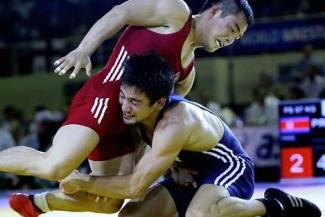 57kg – Former world champion Hassan RAHIMI (IRI) climbs to No.7 in the rankings with three wins at the World Cup in his first mat appearance of 2015, leading Iran to the team title for a fourth year in a row.
Sezer AKGUL (TUR), a 2013 world bronze medalist behind Rahimi, returns to the rankings at No.12 after a runner-up finish at Yasar Dogu. 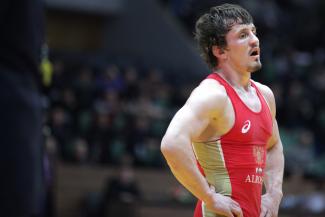 61kg – Dyamal OTARSULTARNOV (RUS) won of four of five bouts by technical fall to secure the Yasar Dogu crown and No.9 in the rankings in the most recent indication that the London 2012 gold medalist may be seeking a berth on the Russian 2016 Olympic team.

World bronze medalist Yowlys BONNE RODRIGUEZ (CUB) edges up to No.3 in the rankings with four convincing wins at 57kg in the World Cup. The London 2012 Olympian, however, remains ranked at 61kg after making only his first appearance as a bantamweight since 2002. 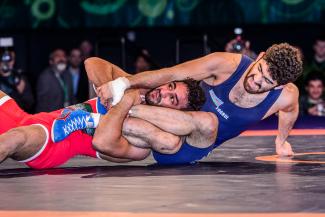 65kg – World silver medalist Sayed Ahmad MOHAMMADI (IRI) recorded to key wins for team champion Iran at the World Cup and claimed the top spot in the rankings after world champ Soslan RAMONOV (RUS) failed to reach the medals podium for the second time this year.
Brent METCALF (USA) ran the table with four wins at the World Cup to climb to No.5 in the rankings. 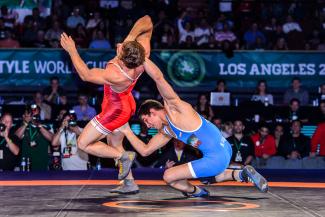 70kg – Magomedmurad GADZHIEV (POL) won at Yasar Dogu and the Abdelaziz Oueslati Memorial in Tunis to claim No.2 in the rankings ahead of world silver medalist Yakup GOR (TUR), who finished 11th in Istanbul.

Meanwhile, Israil KASUMOV (RUS) and junior world champion Hassan YAZDANI CHARATI (IRI) each rang up four wins at the World Cup to claim No.4 and No.6 in the rankings, respectively. 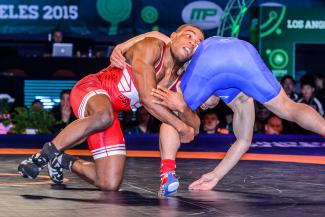 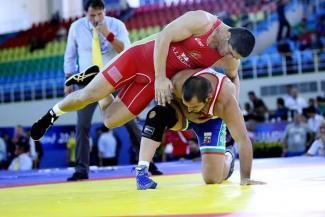 86kg – Asian Games gold medalist Meisam MOSTAFA JOUKAR (IRI) racked up three technical falls by a combined score of 34-3 at the World Cup to climb to No.2 in the rankings.

Yarygin Grand Prix bronze medalist Dauren KURUGLIEV (RUS) also recorded three wins at the World Cup to leap to No.12 in the rankings as the unofficial individual winner at 86kg by virtue of his victory by fall over Ed RUTH (USA). 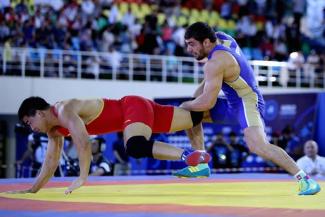 97kg – London 2012 gold medalist Sharif SHARIFOV (AZE) notched four wins at the World Cup, including a 9-1 triumph over former world champion Reza YAZDANI (IRI), to become the individual winner at the World Cup and climb to No.3 in the rankings. 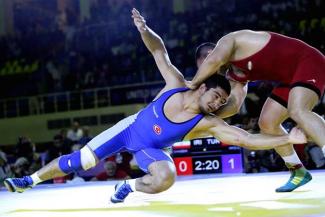