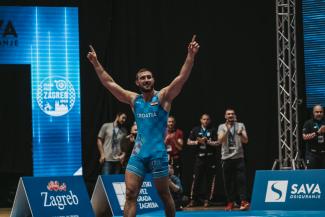 ZAGREB, Croatia (January 30) -- The finals pair at the two-day Grand Prix Zagreb Open are set. The all-Greco-Roman tournament held the qualification and repechage rounds Saturday in all 10 weight categories.

Turkey and Ukraine dominated the day with six and five finalists respectively. Tokyo Olympics silver medalist Parviz NASIBOV (UKR) managed to reach the final with ease at 72kg and he will face Abdullah TOPRAK (TUR) Sunday.

The final will begin at 1800 hours local time and can be watched at uww.org. 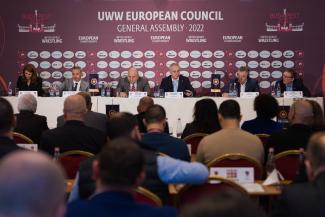 "I am thrilled to confirm that Zagreb will organize the 2023 Senior European Championships," said UWW President, Nenad LALOVIC." "The Croatian Wrestling Federation has been a reliable partner and has continuously improved its organizational capacity by hosting various junior level competitions. Combining their wrestling expertise with the support and infrastructure of the city of Zagreb will be a success for wrestling."

UWW also approved Baku, Azerbaijan as the host site for the 2024 U23 European Championships.

"Baku hosting the 2024 U23 European Championships is a positive sign that Azerbaijan will return to hosting events in the future and shows the long-term interest of wrestling remains high," said Lalovic. "They will host the Greco-Roman World Cup later this year and adding the U23 Europeans Championships is adding to the number of major competitions they are keen to organize."

Earlier this year, UWW announced wrestling’s return to the historic city after an extended absence on the international calendar, as the city was provisionally approved to host the 2022 Greco-Roman World Cup (November 5-6).