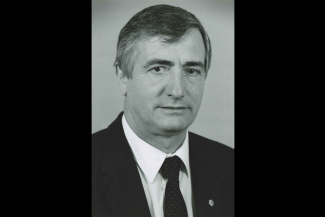 Mario Saletnig an advocate for the sport of wrestling, as both an official and administrator in Canada and internationally, has died.

He served as President of the Canadian Officials Association, and was a referee at four Olympic Games and 25 World Championships, as well as other numerous Continental Championships and Games.

In addition to his work as a referee, Mr. Saletnig was elected to the FILA (now United World Wrestling) Bureau in 1986, became a FILA instructor for 23 years, and served as FILA Vice President from 2000 to 2010.

In 1999, Mario Saletnig was inducted to the Wrestling Canada Hall of Fame in the Builder Category, and in 2012 he was named to the FILA Hall of Fame.

Mr. Saletnig also served on the Executive Committee of the Pan-American Wrestling Association for 15 years. His involvement in international wrestling spanned over forty years as an official and administrator.

“Mario was an integral part of the wrestling community here in Canada and globally”, said Don Ryan, President of WCL. “His contributions to the sport were many and significant. We offer our deepest sympathies and condolences to his family and friends during this time”. 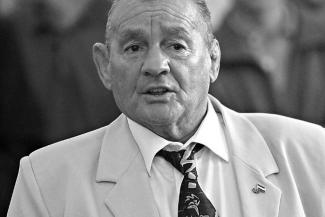 Hall of Fame wrestling referee Iván KRUJ has passed away at the age of 87.

Kruj, a native of Hungary, served as a wrestling official at nine Olympics from 1972 to 2004. He concluded his 35-year refereeing career at the 2004 Olympics in Athens. He also served as a national freestyle coach.

In 2009, Kruj was inducted into the International Wrestling Hall of Fame.