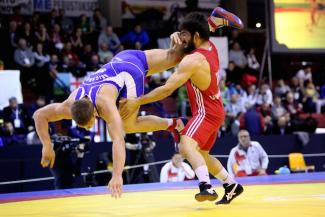 CORSIER-SUR-VEVEY, Switzerland (July 7) – FILA, the international governing body of wrestling, recently approved a series of minor modifications to the official wrestling rulebook. The adjustments, made at the FILA Bureau meeting last month in Dubrovnik, were made to help to clarify takedown calls, the management of the 30-second activity period and certain competition rules and administration.

All modifications are immediately enforceable.