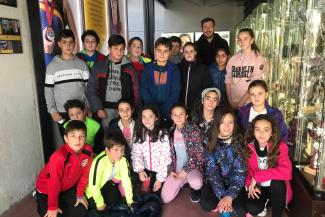 The club hosted over 150 children from 3 to over 14 years old on a weekly basis. Thanks to the UWW Grassroot programme funding, the club promoted wrestling throughout the entire region to recruit more children and members to the club. 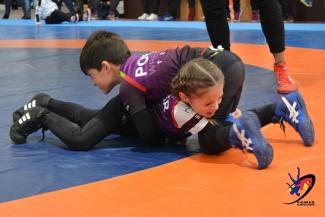 FEL President Javier Iglesias SERNA said, "The aim of the joint initiative was to create a variety of transversal activities to engage the youth and children of this region. We want the future generation to feel considered and part of the wrestling family."

Educational sessions were also given to the physical education teachers on techniques, nutrition, psychology while keeping the focus wrestling as a valuable educational tool. 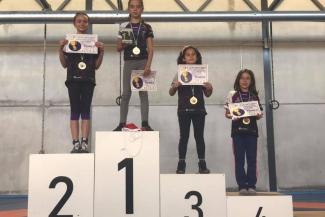 "We are very happy and thrilled with the outcomes of such small initiatives," said UWW Development Director Deqa NIAMKEY. "Federacion Espagnola de Lucha has been collaborating with UWW in the last years and is paving the way for the future generations of Spain. Now more than ever, we realize the importance of sport for all human beings, not only for the physical training but most importantly, the mental well-being. We want such initiatives within all our NF’s around the world as it is the first milestone to sports development from grassroots to elite."

Federacion de Lucha Espagnola President Francisco Javier IGLESIAS SERNA commented, "We thank UWW for its support with the Grassroot Programme - Sport for All project which has helped the development of Olympic wrestling in Spain. Spain is working on future projects in support of the base of Olympic wrestling with the creation of degrees to encourage young people and the help of sports equipment to clubs, with the support of the base we guarantee better training and greater opportunities for young people can reach technification with better training. We hope to continue counting on UWW's support for future projects." 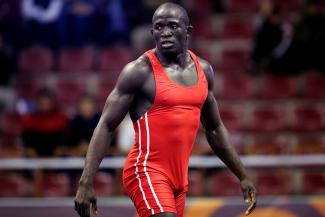 CORSIER-SUR-VEVEY, Switzerland (June 1) -- As the COVID pandemic swept the globe and impacted lives and economies worldwide, United World Wrestling - led by president Nenad Lalovic and the UWW bureau - worked to create financial opportunities for small, heavily affected nations keen to continue in their Olympic journey even as financial opportunities dwindled.

"We were determined to assist all our national associations and stay united through the most difficult challenges," said Lalovic. "These past 16 months have tested our resilience, but we've stayed united as a family and through the efforts delivered by the UWW Development Team, we saw great buy-in and five athletes who were able to qualify." 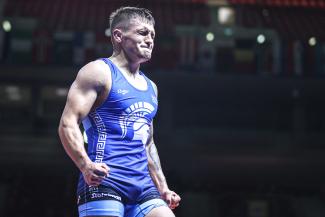 Of the recipients, five athletes successfully qualified for the Tokyo Olympic Games via the program:

In addition to funds provided directly from UWW, the IOC also entered as a collaborator, under its ‘Youth Athlete Development, International Federation Training Opportunities’, which was built to support smaller NOCs in sending their teams to Continental Qualifications.

The total cost for the training assistance was EUR 180’000, with 40’000 to be reimbursed by Olympic Solidarity.

"The qualifications were burdensome on the athletes," said Deqa Niamkey, UWW Director of Development. "They faced uncertainty in their training routines, issues with travel, and of course their own experiences with the impact from COVID. But as we know, wrestlers are tough and always find a way to get the job done!" 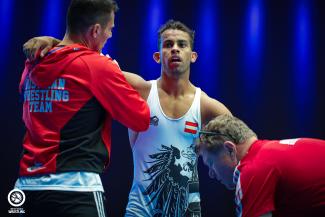 While they fell short of Olympic qualifications, logistical support was provided to Aker AL OBAIDI (who resides in Austria) and Amir ALAWAD (who resides in Egypt) to attend Olympic Game Qualification events under the flag of the UWW Refugee team.

The referee scholarship program was utilized to send Demetra KOUTSOPODIOTIS-GAUTHIER (CAN) to the World OG Qualifier in Sofia, while UWW also sent Van Zyl Esta (RSA) - one of the scholarship holders of the Women's Sport Leadership Academy for High Performance Coaches Program - to the African/Oceania OG qualifier as a coach.

Wrestling at the 2021 Olympic Games will be August 1-7 at the Makhuari Messe Arena in Tokyo.