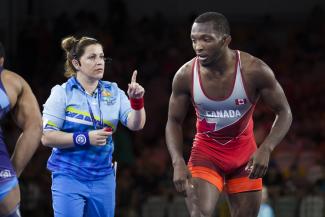 CORSIER-SUR-VEVEY, Switzerland (March 8) -- Following the announcement of the International Olympic Committee in July 2021 to achieve gender parity for the '24 Paris Olympics, United World Wrestling launched a strategic plan with a specific focus on gender equality for the Olympic cycle.

The UWW Refereeing Commission, in collaboration with the Sports and Development Departments, undertook the task and will organize several courses throughout the next two years.

In May 2022, UWW will host the second educational program fully dedicated to female referees/officials with an aim to provide the latest education tools, online courses, practical sessions, empowerment training as part of this action plan and reduce the gender gap before the Paris Games.

Regarding the same, the Commonwealth Games Federation and UWW agreed to have a significantly higher percentage of women officials than men at the upcoming Commonwealth Games in August 2022. The wrestling competition will be officiated by 15 female referees out of 21 in total (over 70%), which is a first in the history of Wrestling. In addition, the Referee Delegate and other official positions will be fulfilled by a woman.

"We are committed to advancing wrestling in the right direction and promoting topics such as diversity, achieving gender parity, equal opportunities and access to education in all areas of our sport," Nenad LALOVIC, UWW President, said. "We are thrilled and excited to witness that the next Commonwealth Games in Birmingham will become the first major wrestling event that will have more than 70 percent women officials." 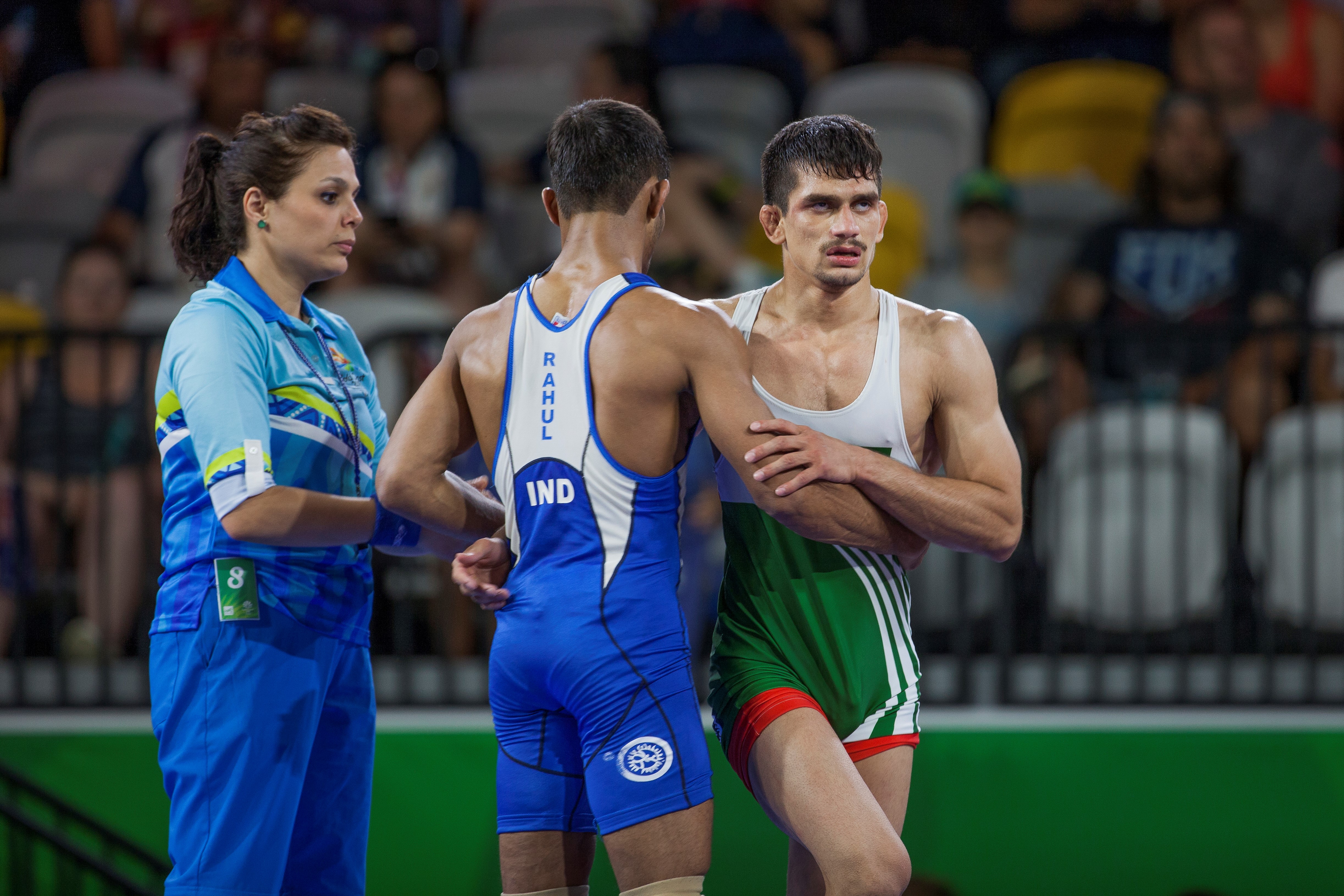 Since 2018, UWW has dedicated programs to female officials, coaches, referees and administrators to reduce the gender gap in the sport. National Federations such as Iran and Saudi Arabia organized courses dedicated to women which demonstrate that there are equal opportunities and sport is inevitably a major social development tool that contributes to shifting societies mindset.

“We are looking forward to providing equal opportunities to our wrestling community worldwide," Carlos Roy, UWW Secretary-General, said. "We are determined that the development programs will contribute to such topics in favor of all our national federations.”

Wrestling at the Commonwealth Games will take place at the Coventry Stadium in Birmingham on August 5 and 6, 2022. 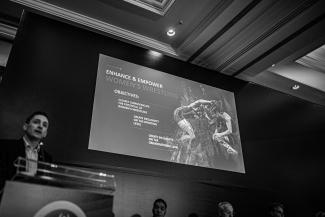 CORSIER-SUR-VEVEY, Switzerland (March 8) -- United World Wrestling continues to make significant efforts to lift the standard of women's wrestling around the world -- not only on the mat, but off the mat as well.

One of the biggest testimonies to those efforts was UWW Bureau member ZHANG Xia being awarded the International Olympic Committee's Women in Sport Award as she strives to provide more opportunities to lift women wrestlers and referees.

A part of UWW's five-year strategic plan, women's wrestling is one of the main aspects with an aim to achieve gender equality. The UWW Gender Equality Development Programme represents recognition, encouragement, and empowerment for the individuals and the National Federations of UWW.

Each year, the program is awarded a project or organization that contributes to the development and is committed to tackling gender biases and inequalities in wrestling, in such areas as participation of girls in wrestling, elite-level women’s wrestling development, a coaching program for women [WSLA] and development of women referees and women in leadership.

Another high-level highlighting women in the sport was the '21-'22 The Women Lead Sport Programme, which featured  40 participants -- 95% women – from five different continents.

The objectives of the Women Lead Sports Master Program were to empower participants to shape the future of wrestling as a global sport, increase a diverse talent pool in leadership within UWW at all levels, and to learn effective leadership strategies, techniques, and applicable tactics that work today.

UWW also renewed the Women in Sport Leadership Programme for five female coaches in collaboration with OS 2022-2024. Like for Tokyo Games, UWW has come up with a dedicated program for the promotion of women referees up to Paris Olympics 2024 with the first major event being the Commonwealth Games 2022 in Birmingham, England.

UWW also had two recipients of the World Academy of Sports Post Graduate program from Gambia and Australia.

In 2021, despite the barriers and challenges caused by the COVID-19 pandemic, UWW continued to support the National Federations in various forms especially to increase more participation of women in wrestling.

One of the biggest courses held was in Saudi Arabia, which hosted the UWW Women’s Coaching Course. Women from different provinces of Saudi Arabia participated in the UWW Technical Course for Coaches – Introduction to Coaching and Safety from December 5-9, 2021 in the Green Hall, Ministry of Sport, Riyadh. This course was organized by the Saudi Arabian Wrestling Federation and supported by the Leaders Development Institute.

Due to the pandemic, the program was carried out virtually over two sessions on November 29 and December 6 with Q&A and Graduation/Certificates sessions in January 2022. With the 2024 Paris Games in mind, the program continues to be held every two years since 2017.

Regarding the technical assistance of wrestlers and coaches, UWW assisted a total of 79 athletes and 39 coaches from 44 countries on the five continents in participating in the Tokyo Olympic Qualifiers.

Women wrestlers constituted 18 percent of the total beneficiaries and one of the wrestlers -- Bolortuya BAT OCHIR (MGL) -- qualified for the Tokyo Games and even won a bronze medal.

For World Championships in Oslo in 2021 and 54 athletes and 25 coaches were approved for support and women wrestlers achieved the most noticeable results. Among all the teams that benefited from Technical Assistance, the following athletes finished in the top five.

A 50 percent membership for women was achieved in the Athletes Commission. The election for the commission for the term 2021-2025 was held in Oslo during the World Championships. While two seats were pre-empted for women wrestlers, three were selected to the seven-member committee.