Chamizo Wins Two in July, Takes Over No.1 at 70kg in United World Wrestling FS Rankings 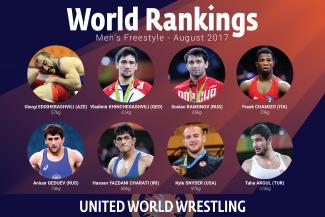 In addition to Chamizo’s promotion, fellow European champion Giorgi EDISHERASHVILI (AZE) grabbed a bronze medal at Ali Aliev to move to the top of the 57kg rankings while Rio 2016 gold medalist at 74kg Hassan YAZDANI CHARATI (IRI) regained the No.1 ranking – but, this time, at 86kg.

Edisherashvili, one of the top-ranked wrestlers in 2013 with a European title for Georgia, moves to the top of the poll on the eve of the Paris 2017 world championships, slipping ahead of Rio 2016 bronze medalist Hassan RAHIMI (IRI) who has seen only limited action in 2017.

Rahimi climbed to No.1 in rankings in June after Rio finalists Vladimir KHINCHEGASHVILI (GEO) and Rei HIGUCHI (JPN) were re-assigned to the 61kg category. 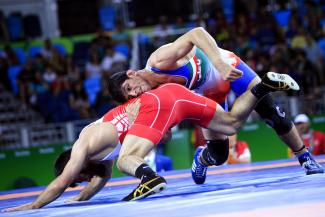 However, while Rahimi slips to No.3, Yazdani Charati moves to the top of the middleweight rankings with the decision to relocate Abdulrashid SADULAEV (RUS) to 97kg. As the new kid on the block, however, Sadulaev is assigned No.2 behind Olympic Games and world champion Kyle SNYDER (USA).

Heading into the August 21-26 world championships, Snyder and super heavyweight Taha AKGUL (TUR) on the only two wrestlers with a chance to go from Rio to Paris at the top of the freestyle rankings in their respective categories with a chance to defend their titles. 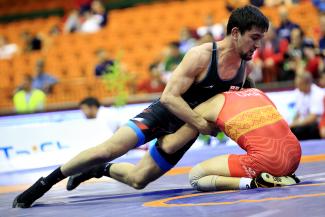 Khinchegashvili, meanwhile, has a chance to go wire-to-wire at the top of the rankings but in two categories -- at 57kg where he won the Rio 2016 gold medal and at 61kg where he won his second European championship crown in May.

Soslan RAMONOV (RUS), who has not wrestled in a calendar event since winning the gold medal in Rio, will also complete the wrestling year on top of the 65kg category, but his reign will end in Paris where London 2012 Olympian Alan GOGAEV (RUS) is penciled in for Russia.

Wrestlers in the rankings are listed by name, country code, their most notable or most recent result over the last 12 months and their position in the previous rankings. 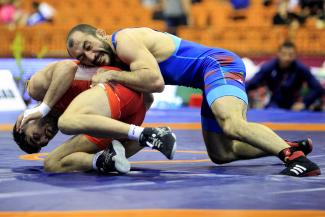 57kg – Asian bronze medalist Nurislam SANAYEV (KAZ), also a bronze medal finalist at the 2015 world meet, won the Ziolkowski tourney in Warsaw and makes the leap from the bottom of the rankings to No.11. 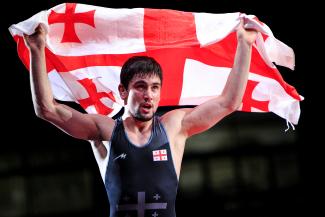 61kg – European bronze medal winner Andrei PERPERLITA (MDA) won a silver medal at the Ziolkowski tourney to bound from 18th to No.8. 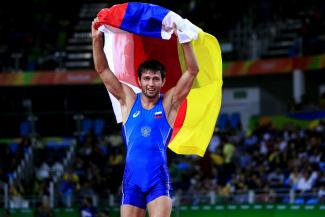 65kg – London 2012 Olympian Alan GOGAEV (RUS) joins the rankings at No.11 after winning the Ziolkowski Memorial in July. Former European champion Magomedmurad GADZHIEV (POL) and two-time bronze medal finalist Nikolay KURTEV, both at 70kg, will try their hand at 65kg in Paris. 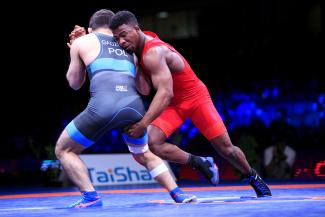 70kg – Rio 2016 Olympians Ikhtiyor NAVRUZOV (UZB) and GANZORIG Mandakhnaran (MGL) move from 65kg to 70kg. Both have made three appearances this year at 70kg with Navruzov taking a silver at the Asia championships and Ganzorig bagging bronze at Ali Aliev. 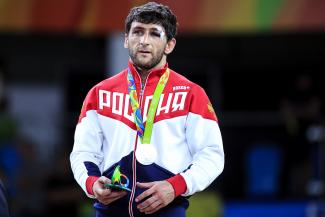 74kg – Two-time former world bronze medalist Ali SHABANOV (BLR), whose most recent title was won at the 2016 Paris Grand Prix, vaults from unranked to No.11 with a win at the Ziolkowski tourney in Warsaw. 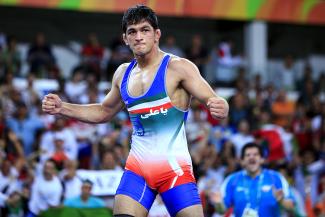 86kg – Vladislav VALIEV (RUS) finished third at the Yarygin Grand Prix and had one win against one loss for Russia in the World Cup over the winter, but has come on strong at the Russian nationals and in Warsaw to climb to No.11. 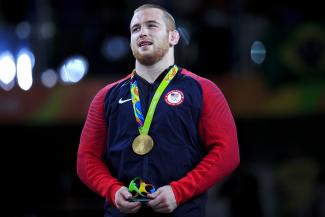 97kg – Rio Olympians Mamed IBRAGIMOV (KAZ) and Georgi KETOEV (ARM) rejoin the rankings a No.14 and No.15, respectively, after winning medals at the Ziolkowski and Aliev tournaments. 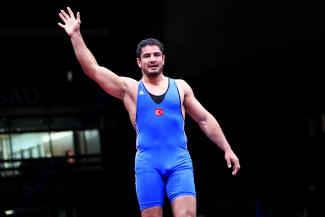 125kg – Former world runner-up Alen ZASIEIEV (UKR) edges up two places to No.3 after tournament victories at Dan Kolov and Ali Aliev. Rares Daniel CHINTOAN (ROU) joins the rankings at No.16 with a silver medal from Ion Corneanu, while Nick GWIAZDOWSKI (USA) follows after winning in Madrid.