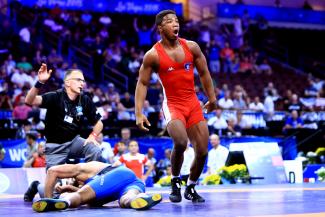 But even before the tournament progresses to the top of the lightweight bracket, London 2012 bronze medalist Yogeshwar DUTT (IND) and 2014 world champion Soslan RAMONOV (RUS) will get things rolling in two of the five preliminary bouts at 65kg

Dutt will face two-time world bronze medalist GANZORIG Mandakhnaran (MGL) in one prelim while Ramonov squares off with Haislan VERANES GARCIA (CAN), making his third trip to the Olympic Games.

Chamizo and Safaryan will kick off the round of 16 at 65kg, while London 2012 gold medalist Togrul ASGAROV (AZE) lurks as a likely opponent semifinal opponent. European champion Magomedmurad GADZHIEV (POL) could also be a factor.

Survivors of the preliminary bouts will join the bracket in the lower half of the bracket, which is led by world silver medalist Ikhtiyor NAVRUZOV (UZB) meeting Asia champion Adam BATIROV (BRN) as Bahrain makes its debut in the Olympic Games wrestling venue.

The biggest challenger to Snyder in Sunday’s semifinals could be European Games silver medalist Elizbar ODIKADZE (GEO), who faces Ketoev in the round of 16.

Two key bouts in the bottom half of the bracket could see London 2012 silver medalist Valeri ANDRIITSEV (UKR) take on European champion Anzor BOLTUKAEV (RUS) in the round of 16. And, if two-time world champion Yazdani and world and Olympic bronze medalist Gazyumov win their preliminary bouts, they will square off in R16. 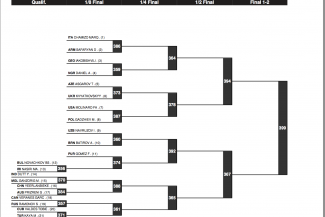 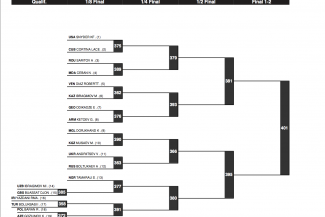