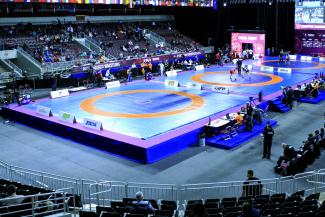 CORSIER-SUR-VEVEY (December 27) – The United World Wrestling bureau met earlier this month at the 2016 World Championships in Budapest, passing several major improvements, including changes to the refereeing process and the appointment of new commission members.

To increase the efficacy of the referee assignment procedure, the bureau approved a new IT system developed to randomly assign referees to matches during competition. The system, as approved by the bureau, takes into accounts several factors before assignment including current nationality, nation of origin, and rating among many more.

A test version of the assignment program was launched at the 2016 World Championships with positive feedback from coaches, athletes and the referees.

The bureau also approved a referee education course to be overseen by the development department. The head of referees and the Referee Commission will also now report to the United World Wrestling Sport department. The position of “Supervisor” has also been removed, leaving the referee delegate and the mat chairman to form the jury for challenges.

A discussion around a new ranking and competition system was also started during the bureau meeting, but no decisions for immediate changes were made and the item was given to the Technical Commission for further suggestions. The Technical Commission will also discuss aligning senior and junior weight categories during their meeting early next month. 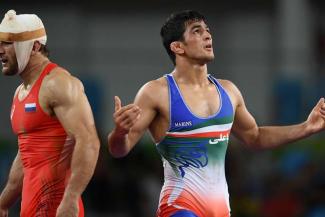 The bureau accepted a new regulation across age divisions limiting the treatment of blood during a match to four (4) minutes, which will be kept on the score clock.

In looking to improve the quality and competitiveness of the Veteran’s division the bureau also approved a recommendation to realign their age divisions, set an age limit of 60 and require wrestlers to complete a thorough medical exam before competition.

Tzeno TZENOV (BUL) was appointed the executive committee and elevated to the position of vice president. Tsenov has served on the bureau for more than 20 years and replaces Ahmet AYIK (TUR) who resigned from the bureau this year after a Hall of Fame career of service on and off the mat.

The full list of commission members can be found online at https://unitedworldwrestling.org/organization/commission/.