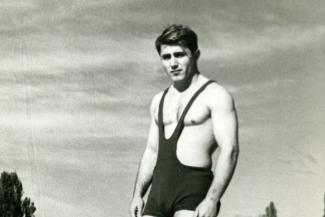 CORSIER-SUR-VEVEY (April 3) -- Bulgarian wrestler Dimitar Dobrev, a 1960 Olympic champion and multiple-time Olympic medalist in Greco-Roman, passed away on April 1. He was 87 years old.

Dobrev competed at the 1956 Olympic Games in Melbourne, Australia, claiming a silver medal in the middleweight division. Four years later, Dobrev captured a gold medal at the 1960 Olympic Games in Rome, Italy, competing at middleweight. In addition, he placed in the top five at the World Championships three times. Dobrev was the first and only Bulgarian to serve as the national coach of both freestyle and Greco.

Born in Ezerche, Bulgaria, Dobrev participated in gymnastics before his competitive wrestling career. He later became a mathematician. 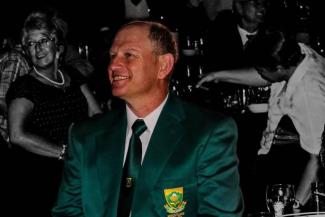 CORSIER-SUR-VEVEY, Switzerland (May 27) -- Nico Coetzee, head wrestling coach of South Africa and UWW Educator, died suddenly on Tuesday. He was 56.

Coetzee was active in all aspects of wrestling in Africa. He was the head wrestling coach for South Africa since 2009, and for the past several years was a UWW Instructor tasked with assisting in the education and development of wrestling across the continent.

"We are deeply saddened to learn of Nico's death," said United World Wrestling president Nenad LALOVIC. "He was one of the sport's best leaders on Africa and we will miss his input. I send my condolences to his family, his wrestlers, and all those who called him a friend."

Coetzee grew up in the then small-town Boksburg, in South Africa. After finishing school, he completed his Honours Degree in Chemical Engineering at the University of Pretoria. At school Coetzee participated in long distance running, rugby, boxing, and wrestling.

When his son was born, Coetzee's passion for wrestling, and specifically coaching, was ignited. He joined the Boksburg Wrestling Club as a coach and climbed the ladder to coaching excellence very fast. In 2006 he became the provincial head coach and three years later became the head coach for the South African Wrestling Federation.

In 2019, coach Coetzee was awarded the Gauteng Sports Coach of the Year. He had been instrumental in the development of the National Coaching Framework of the South African National Olympic Committee, SASCOC, now SASCA (The South African Sports Coaching Association), where he was elected a board member.

In addition to his many leadership roles in South Africa, Coetzee was also a sport-specific mentor for the WSLA High-Performance Coach program, which provides leadership training opportunities to women in sport.

"Nico was a lovely man and oversaw several projects developing wrestling on the continent and around the world," said Development Director Deqa Niamkey  "I always appreciated his positivity and energy. He's the kind of person who really did make a difference in our sport and used it as a way to enhance humanity as a whole."