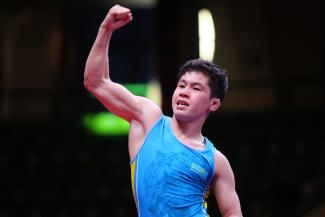 “We were very pleased with the presentation put on by the Organizing Committee from the city of Astana,” said United World Wrestling president Nenad Lalovic.

"With our recent success at the championships last year in Paris, and the upcoming championships in Budapest, I have every confidence that Astana will deliver an excellent event for our athletes, coaches, and fans.”

Competition to host the championships was intense, as the 2019 world championships will serve as the first qualification event for the 2020 Olympic Games in Tokyo.

The top six finishers in each Olympic weight category in Astana will secure an Olympic qualification for their nation, with the remaining qualification spots earned at continental competitions and a “Last Chance Qualifier” during the 2020 competition calendar.

“The Wrestling World Championships are a major event and will help popularize wrestling in Kazakhstan and the region,” said Kazakhstan Wrestling Federation president Sauat Mynbayev.

“We are excited to host the championships in Astana and are confident they will be remembered to you as one of the best sporting events and will receive positive feedback from fans.”

Tickets for the 2019 World Championships are expected to go on sale in January.

CORSIER-SUR-VEVEY, Switzerland (July 27) -- United World Wrestling, the international federation for the sport of wrestling, this week launched its media guide and website for Tokyo 2020, complete with biographies, photos, and videos of each competitor in an easy-to-navigate format.

The site includes biographies for all 289 Olympians entered into the wrestling competition along with their headshots, action photos, and behind-the-scenes moments. Journalists and fans seeking to know more about the athletes will have everything they need in one easy-to-find location, including the top seeds, brackets, and emerging storylines. All photos can be used by the athletes, national federations, and media (with proper credit). 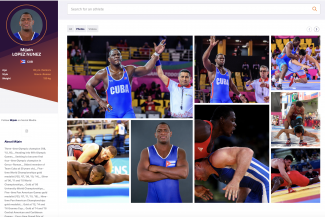 UWW.org's Tokyo 2020 page will also be home to all wrestling coverage at the Olympic Games. United World Wrestling's media team will also be providing news updates, blogs, interviews, bracket updates, event photos, headshots, and much more each day from the competition. There are even links to the social media pages for all wrestlers entered in the Games.

Perhaps most useful for fans and journalists are the 18 in-depth weight category previews which outline the favorites, dark horses, and back stories between the sport's top competitors. The site will also be navigable by the daily schedule, allowing the two-day competition to be easily divided and absorbed based on the progress of the event.

For any questions on how to use the media guide, or insights on the upcoming competition please feel free to reach out to UWW's Head of Media Tim Foley at [email protected]