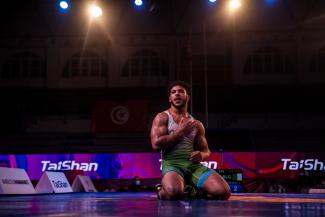 HAMMAMET, Tunisia (April 4) -- Six countries combined to secure the 12 Olympic berths in men's freestyle that were on the line on the final day of the African and Oceania Olympic Qualifier on Sunday.

Algeria led the way by capturing four quotas while Egypt, Tunisia and Guinea-Bissau claimed two each. Senegal and Nigeria also registered their names by claiming a berth each for the Tokyo Olympics.

However, the Algerian quartet in the finals failed to win a gold medal on Sunday and had to be content with four silver medals. The result came back to hurt them as they let the team title slip from their hands.

Egypt edged host nation Tunisia for the freestyle team title despite both countries having 105 points. The former had two gold medal finishes compared to the one of Tunisia.

Amr HUSSEN (EGY) led his country's charge as he defeated three-time Olympian Augusto MIDANA (GBS), 10-0, in the 74kg final. Hussen had a dream run in Hammamet as he began his day with 16-11 exciting win over multiple-time African champion John Emmanuel OGBONNA (NGR) before securing the berth with technical superiority win over Elias Lauofo VAOIFI (ASA). 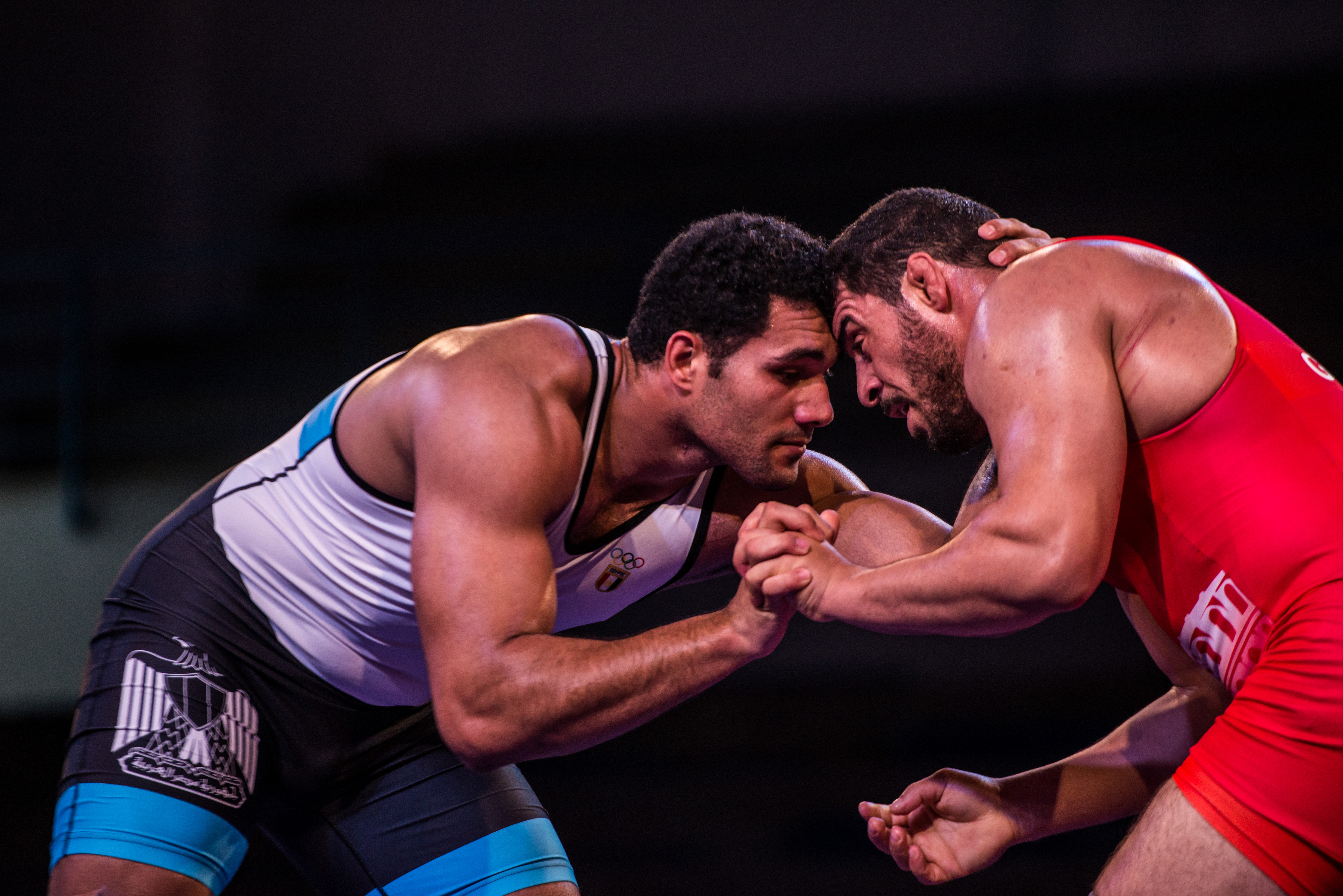 Another gold medal for Egypt was earned by Rio Olympian and African champion at 125kg Diaaeldin Kamal Gouda ABDELMOTTALEB in the Nordic style bracket. Using his experience to a great effect, the Egyptian pinned Thiacka FAYE (SEN), held off Abdelmoneim ADOULI (TUN), 5-4, then scored a over Johannes Jacobus KRIEL (RSA). The South African pulled out due to injury before claiming the gold medal with a 4-0 win over Djahid BERRAHAL (ALG) in the final which was a rematch of the last year's African Championships which was won by the Egyptian wrestler.

His senior teammate Augusto MIDANA (GBS), however, could not match the gold-medal finish. After securing the Olympic berth, the three-time Olympian surrendered 0-10 in the 74kg final against Amr Reda Ramadan HUSSEN (EGY).

Tunisia also had two finalists but managed to claim only one gold. Rio Olympian Mohamed SAADAOUI (TUN) won the 97kg gold after Mohammed FARDJ (ALG) pulled out midway with an injury. 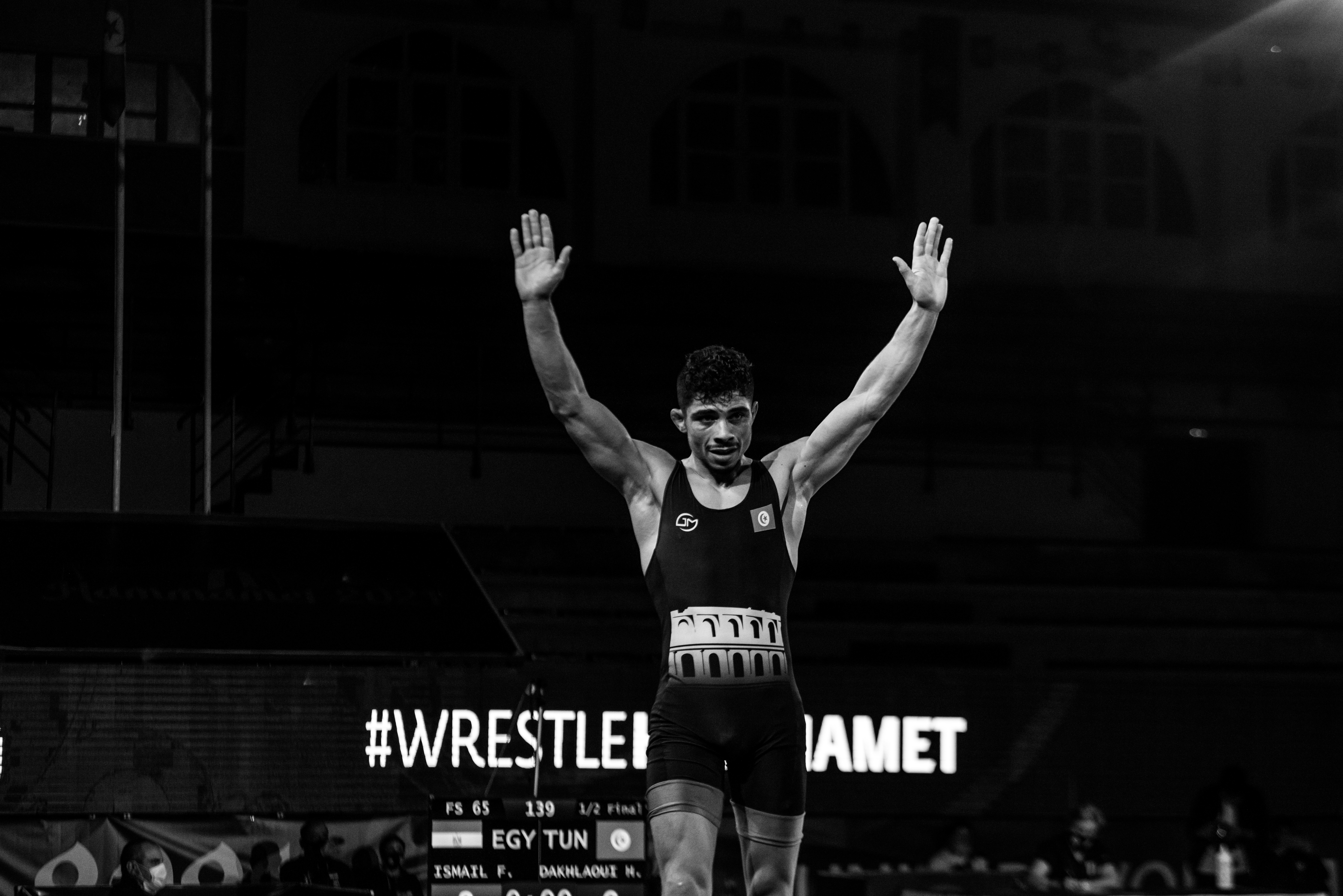 Another Tunisian in the final, Haithem DAKHLAOUI (TUN), missed out on the gold medal in a close 1-1 loss to veteran Adama DIATTA (SEN), who is now a three-time Olympian after claiming the lone spot for the country.

But Ekerekeme AGIOMOR (NGR) could not have scripted a better finish for himself. Fateh BENFERDJALLAH (ALG) surprised AGIOMOR with a five-point throw after starting with a single attack. Trailing 5-6 in the final 10 seconds of the bout, the Nigerian got an exposure over the Algerian to claim the gold medal at 86kg, thus managing to mount an inspiring comeback.