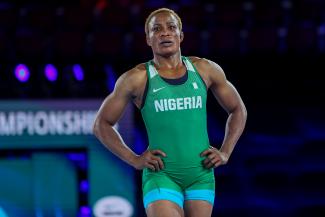 EL JADIDA, Morocco (May 13) -- Odunayo ADEKUOROYE (NGR) has spent around nine months off competition. A heartbreaking loss in Tokyo meant that she missed out on a medal at her second straight Games. But with African Championships and Commonwealth Games scheduled within three months, the World silver medalist is back for the continental tournament beginning next week in El Jadida.

As she is coming back after a break, the five-time African champion is jumping up to 59kg for the tournament. While she has nothing to prove at the competition, it will be a warm-up before she goes for her title defense at the Commonwealth Games in August.

Along with Adekuoroye, Nigeria will pin hopes on Blessing OBORUDUDU (NGR) to guide the country to defend their team title. The Tokyo Olympic silver medalist will be looking for her 11th straight African title.

Oborududu, unlike her younger compatriot Adekuoroye, wrestled at the World Championships in Oslo after the Olympics but lost early. But she began the 2022 season with a gold medal at the Ranking Series in Istanbul in February.

That victory included a win over world champion Meerim ZHUMANAZAROVA (KGZ) in the final. Oborududu had defeated her in the quarterfinal of the Tokyo Games as well.

Nigeria has entered nine wrestlers out of ten weight classes as it has missed the 62kg. It may prove tricky as its biggest challenger Tunisia has entries in all 10 weight categories.

It will be a close battle between the two nations for the title as Tokyo Olympians Sarra HAMDI (TUN), Siwar BOUSETA (TUN), Zaineb SGHAIER (TUN) and Rio bronze medalist Marwa AMRI (TUN) are leading the charge for their country. Also in the mix is young star Khadija JLASSI (TUN) at 65kg.

Adekouroye and Bouseta will clash head-on at 59kg and that may prove to be crucial in deciding which country finishes at the top. 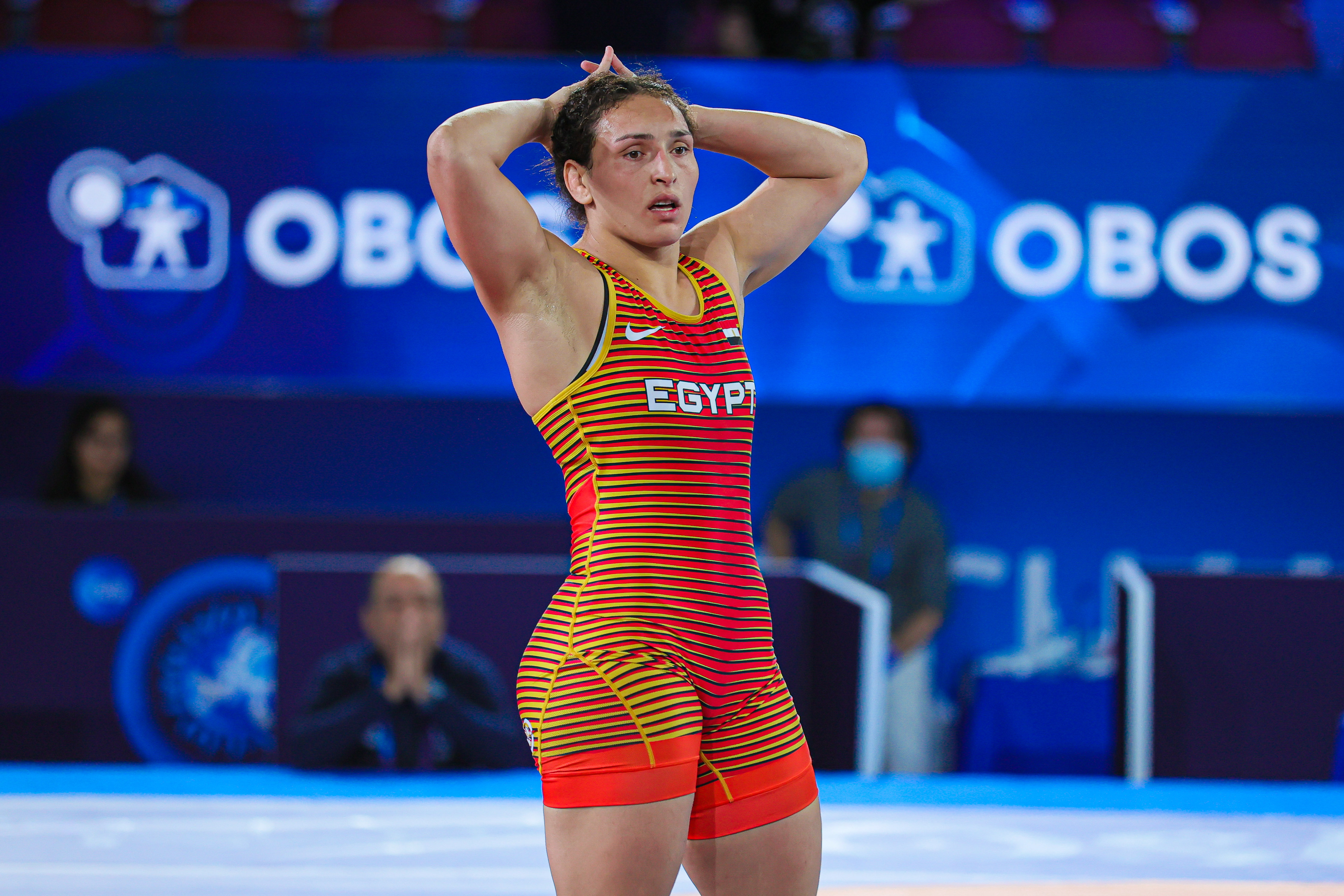 Usually, at continental championships, freestyle and Greco-Roman styles highlight the competition but that is not the case for African Championships.

Apart from Nigeria and Tunisia, Egypt will also be banking on making a good run at the tournament.

Its first-ever world medalist and defending champion Samar HAMZA (EGY) will be competing at 76kg and at her fifth continental championships. Ever since she began competing at the senior level in 2016, she is yet to lose a bout.

So when wrestling begins Saturday, all eyes will be on these stars who are chasing continental glory before the World Championships in Belgrade, Serbia in September. 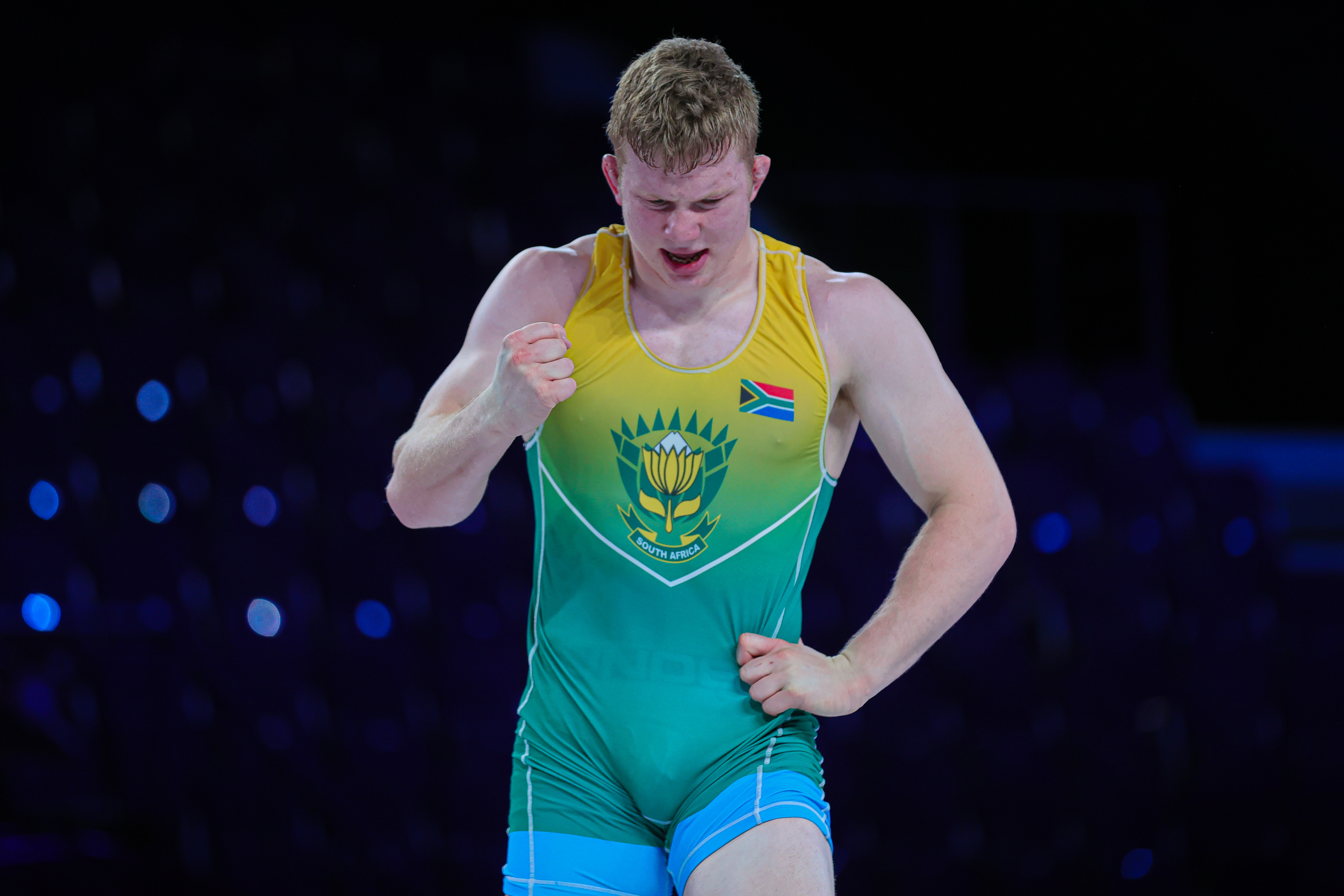 In freestyle and Greco-Roman, a few names stand out that fans need to follow.

Algeria is the favorite to defend their freestyle team title from 2020 and two-time African champion Abdelhak KHERBACHE (ALG) is jumping up to 61kg and will be looking for his third title and first at the new weight.

At 57kg, Tokyo Olympian Diamantino IUNA FAFE (GBS) will be eyeing his first African title after missing out on one in 2020 when he finished with a silver medal. His biggest challenge will be Salah KATEB (ALG) who is competing at the senior African Championships for the first time. He won the junior title in 2017.

Fateh BENFERDJALLAH (ALG) at 86kg will be a star attraction as the youngster chases his first gold at the tournament after missing out in 2020. The experience at the Tokyo Olympics will also be beneficial for him to negotiate the challenge of his opponents.

Junior world bronze medalist Nicolaas DE LANGE (RSA) will be the favorite to win the 97kg weight class but Abderrahmane BENACHA (ALG) will be a big name to overcome.

U23 world silver medalist from 2018 Youssif HEMIDA (EGY), who trains in the USA, will be the favorite to win the three-man 125kg bracket.

With Tokyo bronze medalist Mohamed EL SAYED (EGY) giving the tournament a miss, Egypt wrestler will have a challenging road if it wants to win the team title. The race may come down to Algeria and Tunisia as these two nations are the only ones with 10 wrestlers entered.

The U17 and U20 African Championships will also be held in El Jadida. The U17 tournament begins Tuesday, U20 begins Thursday and the senior will begin Saturday with women's and Greco-Roman. Freestyle will close out the tournament on Sunday.

Live action and highlights from all the three competitions will be on uww.org. El JADIDA, Morocco (May 17) -- President of Royal Moroccan Wrestling Federation Fouad MESKOUT was Monday re-elected as the President of UWW-Africa.

A UWW Bureau member, Meskout was given his second term during the General Assembly of the council that was held on the sidelines of the African Championship in El-Jadida.

"I congratulate Mr Meskout for his re-election as UWW-Africa President and I trust he will take up all challenges in the development and strengthening of our great sport on the continent," Nenad LALOVIC, President of United World Wrestling, said.

The delegates of thirty member federations of the continent gathered for this assembly where activity and financial reports of the council were presented and approved.