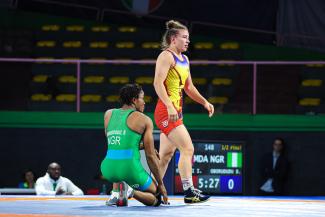 BELGRADE, Serbia (September 2) -- Competition day looms closer at the Stark Arena in Belgrade, Serbia, and women’s wrestling will feature some of the most exciting storylines of the tournament. For the first time, eight highest ranked wrestlers will be seeded at the World Championships which has allowed both veterans and young stars alike to find their place amongst the seeds.

Here are some of the most intriguing potential quarterfinal matchups, featuring faceoffs between world champions, Olympic medalists, and top up-and-comers.

These quarterfinals are far from guaranteed as many talented women will be in their brackets without a seed and will have a fair shot at upsetting the ranked wrestlers.

Susaki has never lost to a competitor from anywhere but Japan since she first burst onto the scene in 2014. However, Mariya Stadnik has gotten about as close as one can get. Interestingly, Stadnik hasn’t lost to a non-Japanese opponent since 2014 either.

In 2018, Stadnik almost pulled off a win but Susaki scored a late stepout to win 2-2 on criteria at the Klippan Lady Open.

Although Susaki has clearly pulled away from her Azeri opponent in recent years, winning 10-0 teching her in the semifinals in Tokyo last August, Stadnik is her most credentialed competitor in the bracket.

This match will feature two of the best pound-for-pound athletes in the world and thus shouldn’t be missed.

Last year in Oslo, Krawczyk broke through and won her first world medal at the age of 30. She followed up that performance with a solid 2022 season, adding two Ranking Series medals to her resume and earning the number four seed.

However, 2021 U20 world champion Malmgrem picked up one of the biggest wins of her career when she pinned the Polish veteran in this year’s European semifinals en route to winning her first Senior continental title. This rematch could provide Krawczyk with the opportunity to avenge and a second-consecutive podium finish at Worlds, or allow Malmgrem to prove the Euros win wasn’t just a fluke and that she is a serious senior-level threat. 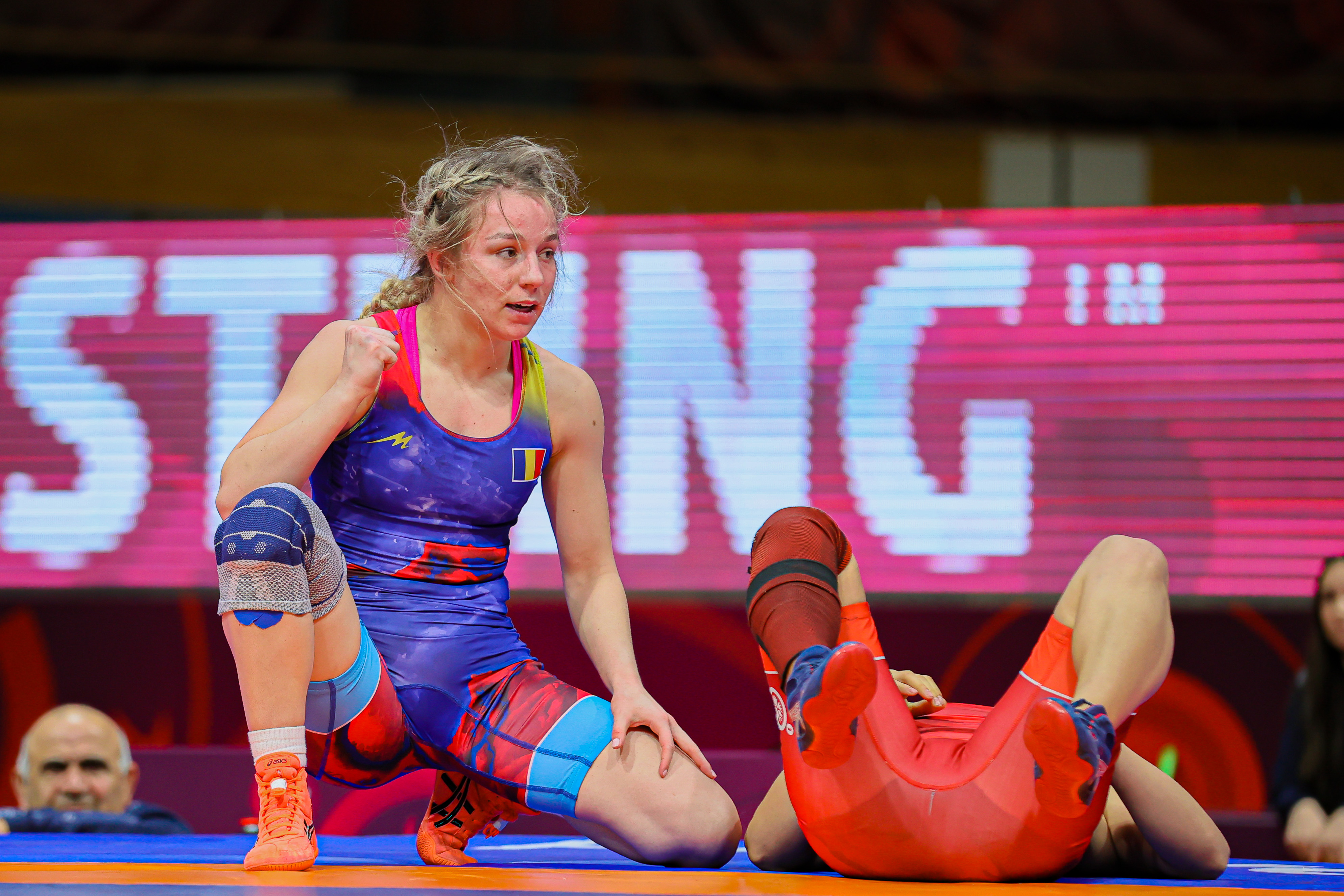 Ana and Godinez are both rising stars that have accumulated impressive results in the last year. Ana became the first Romanian woman to win a U23 World title in addition to earning U23 and Senior European titles.

Both these women will be integral parts of the future of 55kg and their matchup will showcase some of the toughest young talents in the world. 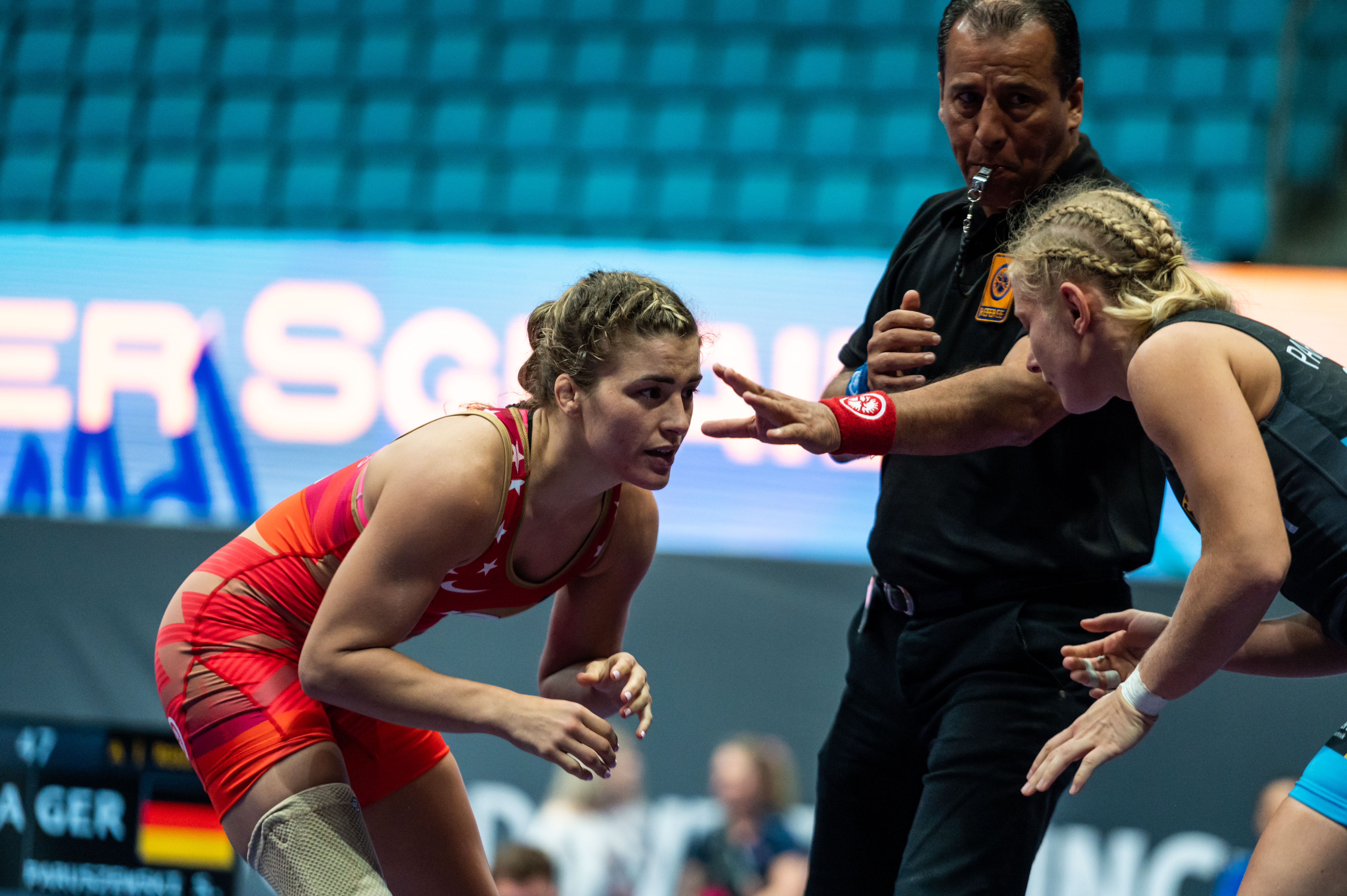 Top seed and American legend Maroulis will be a huge favorite in this matchup against U23 world champion Lysak. This match makes the list purely because of Lysak’s volatile tendencies.

Lysak loves to lock up overhooks and go for big throws, a risk that has both helped and harmed her in her international career. She began representing Poland in 2021 after spending her age-level career in Ukraine and has earned a U23 world title, a pair of European medals and a Ranking Series gold medal since her transfer. She’s a formidable athlete, but Maroulis’ greater experience and wide range of skills should propel her to the finals.

After unexpectedly winning a bronze medal in Tokyo last year, Nikolova was looking to add another feat to her list of accolades: earning her first European title. She managed to make her second European final this year in Budapest but her hopes of winning gold were dashed by U23 world champion Hrushyna, who defeated her 6-2.

Hrushyna qualified Ukraine for the Olympics at 57kg last year but was unable to compete due to an elbow injury. While she has yet to wrestle at a senior World Championship, her list of achievements and significant wins are impressive for an athlete of her age.

If Hrushyna can defeat Nikolova again, she’ll prove that she truly is a medal contender at 57kg though Nikolova will indubitably be hungry for victory.

Nunes and Godinez have split matches this year, with Godinez winning their Pan-Am semifinal 7-5 and Nunes taking their Matteo Pellicone bronze medal bout 8-6. The matches have been razor-thin and both will be looking to gain the advantage in their rivalry should they meet in the quarterfinals in Belgrade.

Both have impressed lately with Godinez winning the U23 world title last year and Nunes pulled off one of the season’s biggest upsets at the Yasar Dogu over when she beat top-ranked wrestler Aisuluu TYNYBEKOVA (KGZ). 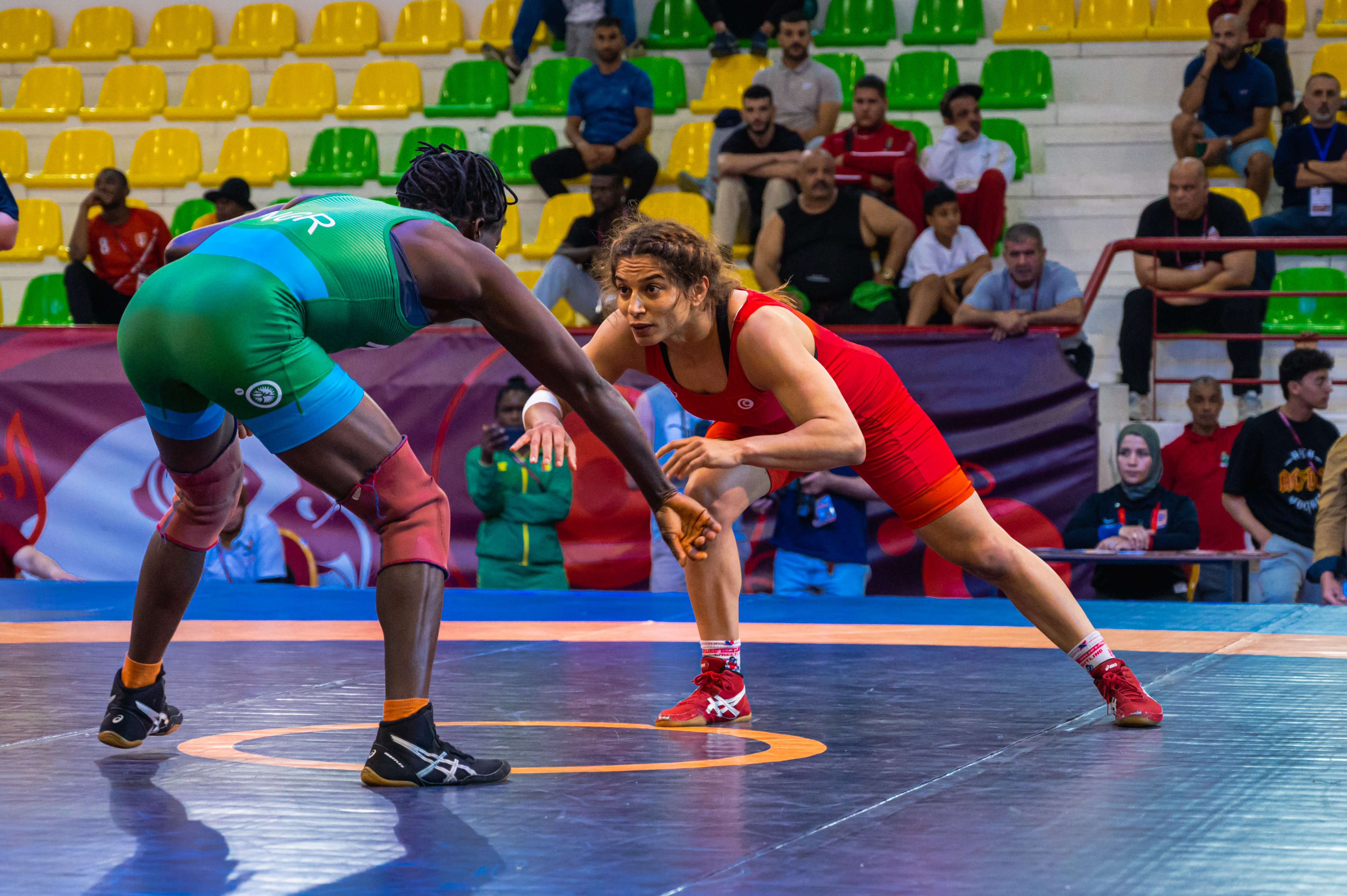 Marwa AMRI (TUN) will be hoping to win a medal at 62kg in Belgrade. (Photo: UWW / Bayrem Ben Mrad)

Miracle had her senior-level breakout last year when she made her first World final, losing only to Tynybekova. She’s been somewhat absent internationally this year, though she did make the Pan-Am finals before forfeiting due to injury.

All signs point to her being ready to go in Belgrade but she’ll have a tough task in her projected quarterfinal opponent -- Tunisia’s Amri, who owns the distinction of being the first African Olympic WW medalist.

Amri’s 2022 season has been a successful one as she won a Yasar Dogu bronze, Mediterranean Games gold and an African title.

Miracle has clearly leveled up over the past year, but Amri has a well-adorned hitlist and years of experience that will make her tough to beat. 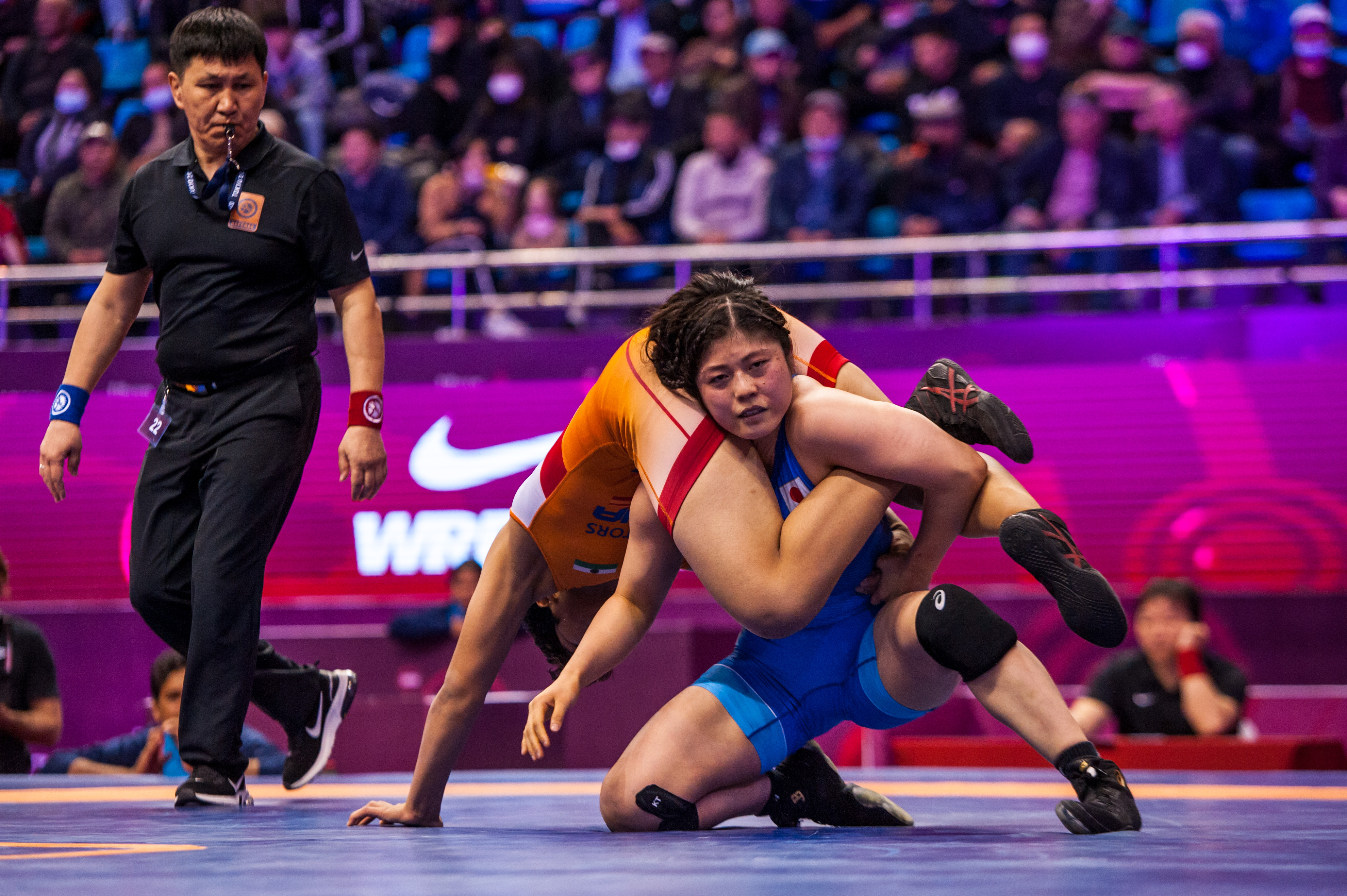 In the United States, Forrest MOLINARI (USA) owned the 65kg world team spot ever since the weight was introduced in 2018. However, Velte changed that this year when she pulled two shocking upsets over the 2021 World bronze medallist to find herself on yet another world team.

Now, she’ll be chasing her second world medal, but up three kilograms from where she accumulated her first piece of hardware. Her projected quarterfinal opponent, top seed Morikawa, represented Japan in Oslo last year.

She defeated Molinari 6-2 in the semifinals but fell in the gold medal to Irina RINGACI (MDA). In Belgrade, Morikawa will look to claim her first world title since winning U20 gold in 2019. This match will be highly competitive and should be a great test for Velte at her new weight.

In January 2020, Mensah was cruising to the Matteo Pellicone gold medal with an 8-0 lead over Zhou in the 68kg final.

But Zhou shocked Mensah by securing a trap-arm gut wrench and turned her three times -- enough to win 8-8 on criteria, snatching the gold.

Although Mensah since has defeated Zhou, the Chinese’s impressive top game will make even big leads seem volatile and allow her to keep the match in the margins till the final buzzer sounds.

2021 65kg world champion Ringaci has been very successful in her move up to the Olympic weight of 68kg, picking up U23 and senior European titles and a Ranking Series silver medal.

She faced off against Tokyo 2020 silver medalist Oborodudu earlier this year at Matteo Pellicone semis. She destroyed Oborodudu with an abrupt pin in a mere 32 seconds.

If she can pull off another win over Oborodudu in Belgrade with the dominance, she’ll cement herself as a true medal contender at her new weight for the 2024 Paris Olympics.