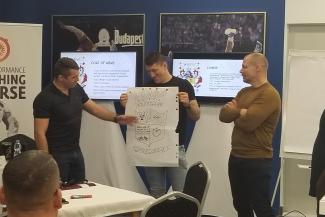 BUDAPEST, Hungary (November 10) – The Hungarian Wrestling Federation organized the first-ever high-performance regional coaching course.  In all, 32 coaches who participated in the course from seven different countries. The course was conducted on 2-5 November with the support of the Olympic Solidarity, United World Wrestling, the Hungarian National Olympic Committee and the Hungarian Wrestling Federation. The course was held at the KIMBA Wrestling Academy which is a premiere training facility in Budapest where they recently organized an international Greco-Roman training camp with over 100 participants. “HWF was pleased to host the first-ever high-performance coach course in Budapest in our new Kozma István Wrestling Academy. Our federation is always open to new initiatives which helps us improve our skills and improve on the wrestling mat. We are thankful for UWW to allow us to hold this advanced course for our coaches and referees,” said Peter Bacsa (HUN) – UWW Bureau Member and Vice President of the Hungarian Wrestling Federation. 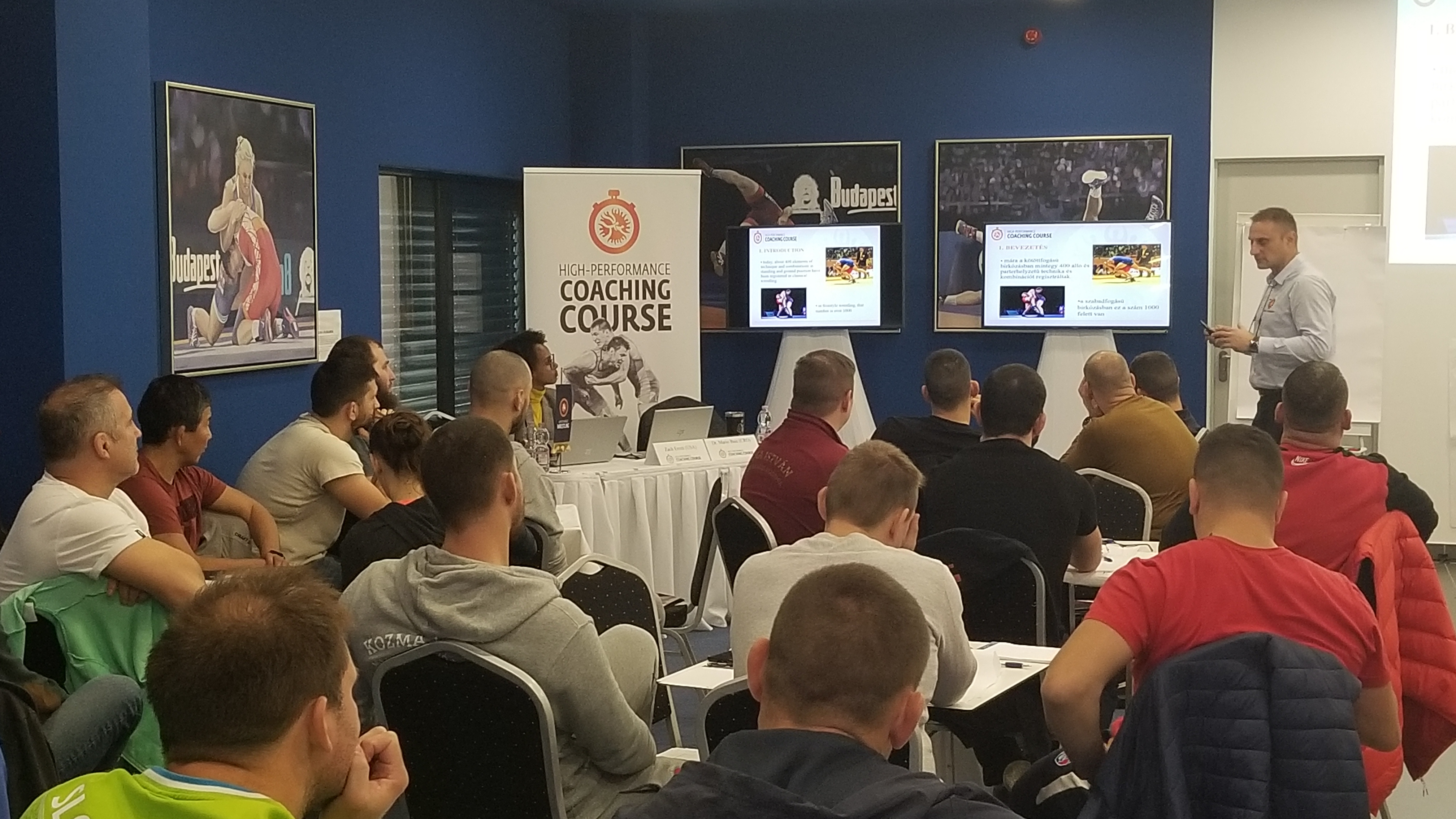 This course was conducted by several wrestling experts from around the world.

The experts included Dr. Bahman Mirzaei (IRI) and Dr. Mario Baic (CRO) who are both members of the UWW Scientific Commission along with data expert Dr. Milorad Dokmanac. The technical experts were Arsen Julfalakyan (ARM) and Zac Dominguez (USA). Leading the course programme were Vincent Aka (CIV) and Zach Errett (USA) from the UWW Development Department.  These experts led many sessions throughout the week.

The session topics included performance data analysis from the past world championships and Olympic Games, preparation and periodization of elite wrestlers, physical fitness preparation of top wrestlers, creating a system for measuring the physical preparedness of their athletes, how to transition from a successful wrestler to a successful coach, stages of complex technical/tactical development, competition manipulation and athlete safeguarding. In addition to these sessions, the coaches had practical sessions where they worked with the experts on technical skills for each style.  They also had to lead training sessions that focused on the energy and attitude of the trainer.  The course finished with collaboration among the referees.  Both groups worked side-by-side to better understand the rules and their roles. This session was led by Prof. Dr. H.Ibrahim Cicioglu (TUR). “The high-performance coaching course in Hungary was unique because it was the first time ever that coaches, referees, and recently retired athletes came together for a four-day seminar.  This course was full of specific scientific information theoretical, and practical sessions designed specifically for high-level coaches.  What was also very important during the whole process was that you could feel the interaction as most of the participants were very excited and had fun during the course,” said Arsen Julfalakyan (ARM) – Olympic silver medalist. 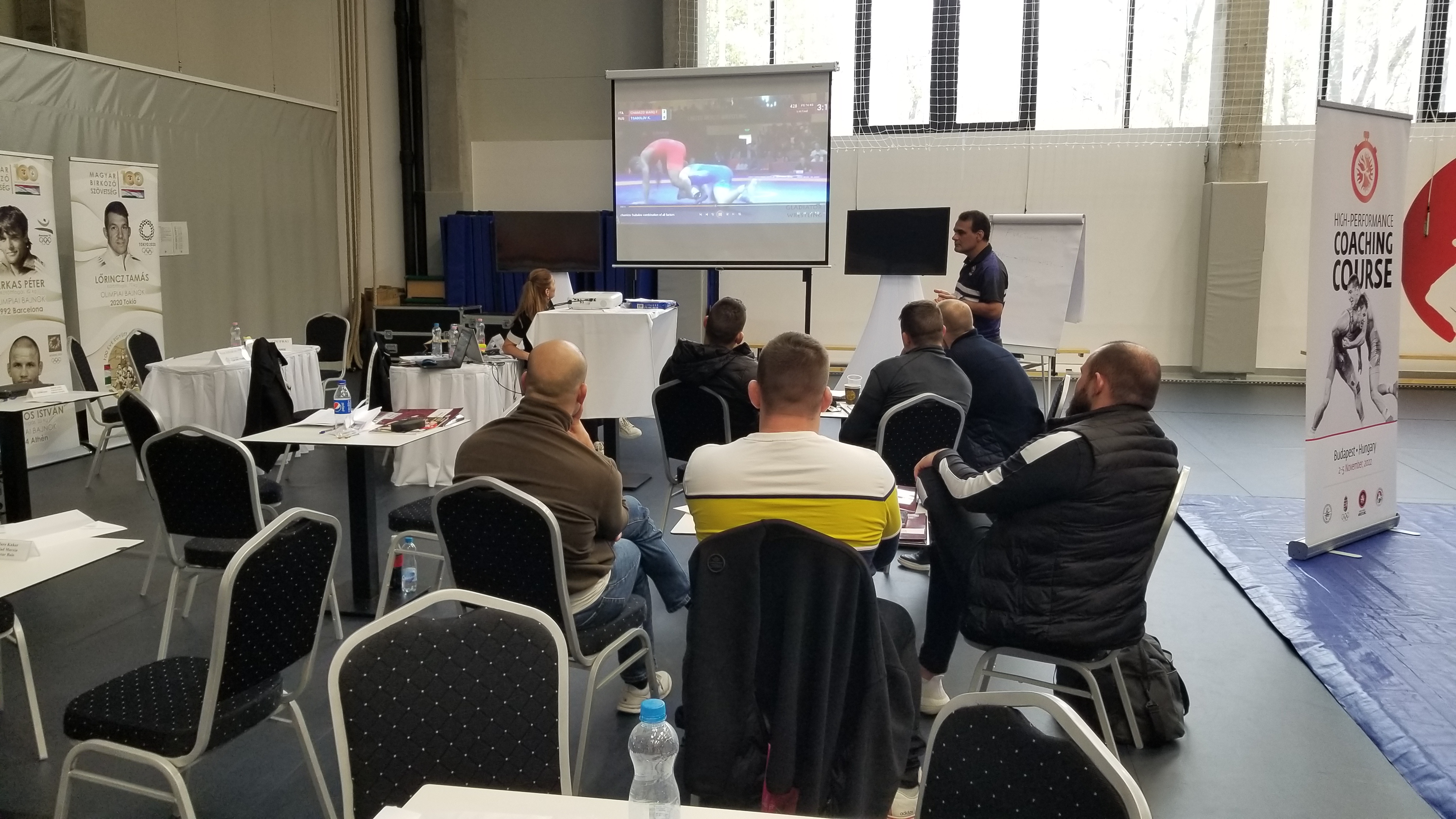 “The coaches that participated in the course were some of the best wrestlers in the world and recently began their coaching careers.  It was great to see them embrace the course and want to continue to improve.  By the end of the course, the coaches were working together and sharing ideas.  It was very clear to see why the Hungarian Wrestling Federation is one of the leaders in wrestling,” said Mr. Zach Errett (UWW Education Manager). “We had a very strong four-day course with excellent lecturers from their own fields such as science, education, and refereeing. Our coaches learned a lot during these days, and I hope it has opened new areas for them in their field to grow up top wrestlers for our country. Even though our wrestling culture and education are high in Hungary we learned many new things to be more professional and focused,” said Peter Bacsa. “We would like to thank all the organizers of the UWW for the opportunity to organize the UWW Level 4 coaching training in Hungary. It was educational for everyone. We will try to pass on the knowledge acquired here to as many coaches as possible. Special thanks for answering all our questions outside of the lectures. It was a great honor to spend the week with qualified professionals, Olympic and world champions,” said Bábszky Gergely (HUN) - Director of the College of the Hungarian University of Physical Education.

Participants from the Introduction to Refereeing Course pose together for a photo. (Photo: Gabor Martin/ United World Wrestling)

Also, during the week, the Hungarian Wrestling Federation organized an Introduction to Refereeing Course. This was conducted by Prof. Dr. H.Ibrahim Cicioglu, a member of the UWW Referee Commission and a referee educator.  The course was conducted over three days.  During that time, the participants learned the foundations of being a great referee.  Their topics included referee team duties, evaluation of holds, referee mechanics, proper positioning and movement, and controlling the bout.  The participants also had the opportunity to referee simulated matches during their sessions to apply what they learned practically. "It was a very productive event for the high-performance coaches and referees.  Our primary goal in this course was to enable the coaches to look at the evaluation of actions and holds with the eyes of the referee and to have them have a different vision on this issue.  During the course, we received much positive feedback from the coaches that will contribute to the development of our referees," said Ibrahim Cicioglu (UWW Referee Commission). 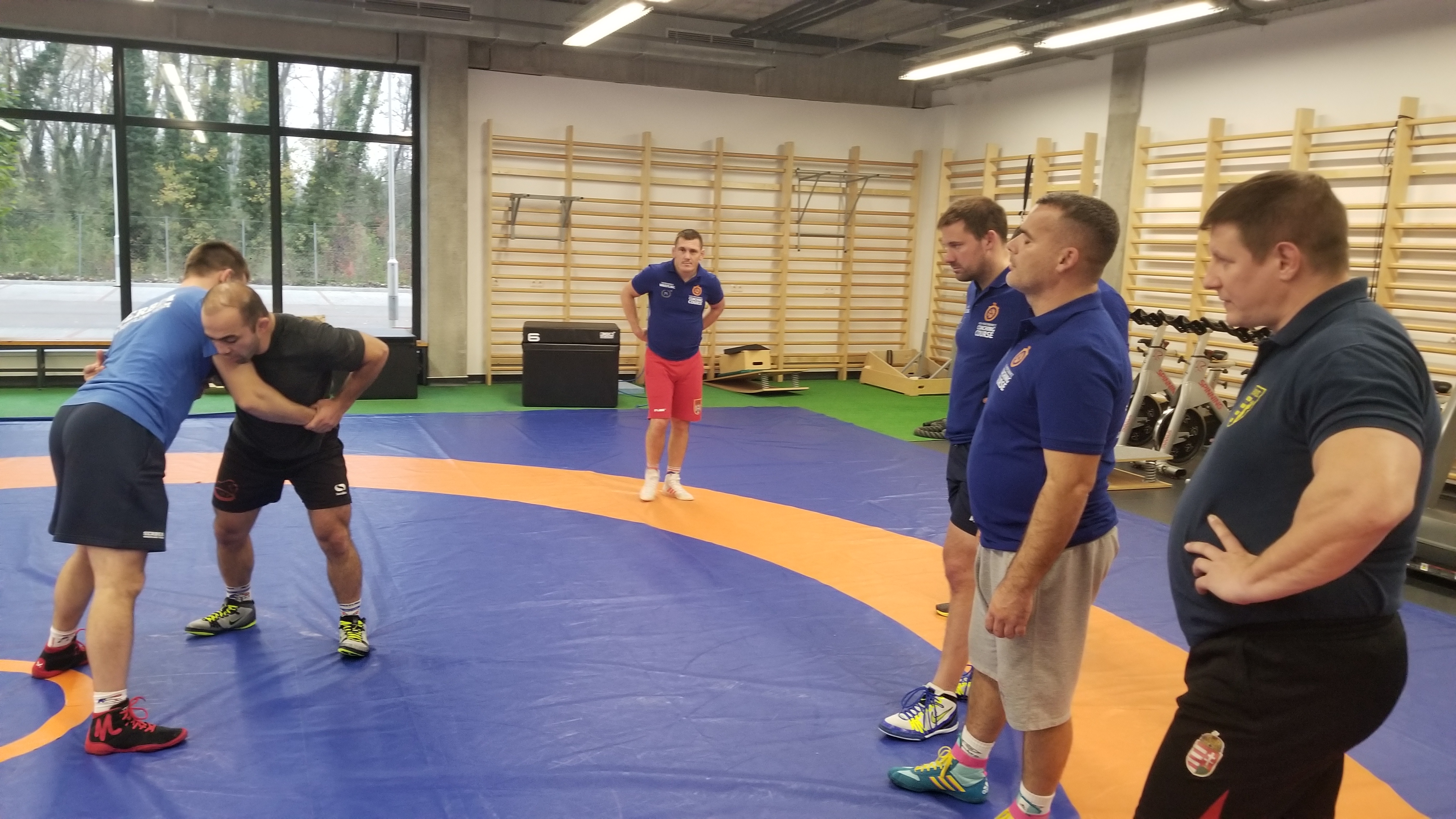 SONEPAT, India (November 30) -- The Wrestling Federation of India (WFI) organized an Introduction to Referee course on November 18-20 in Sonepat. This was the largest-ever course with 96 participants (86 men and 10 women).

“The course was very useful for developing skills and knowledge of the Indian national referees. WFI organizes 25 domestic competitions in a year. After this course, we have enough national referees to conduct these competitions as this group will serve as referees at many of those events,” said Brijbhushan Sharan Singh, WFI President.

This course was led by Carlos GARCIA (ESP) and assisted by Ashok KUMAR (IND). Both are IS Referees and certified UWW Educators.

During the three-day course, the participants concentrated on several areas that are important to the development of referees. After an initial assessment, the main topics were focused on referee mechanics, positioning, referee team duties, and athlete safeguarding.

The morning sessions centered around the theory, mainly through videos or direct examples from their practical sessions. The afternoon sessions were dedicated to practicing on the mat by refereeing short matches. These practical sessions allowed participants to apply what they learned and improve their performance.

“I learned a lot from this course and even things that I did not know about including the latest rules and regulations of the competition. This course was very useful for me, and I really enjoyed this course," Shivaji, a referee, said.

“I would like to thank the Wrestling Federation of India for organizing the course and their hospitality. It is very motivating when you see so much interest and passion which may not be everything, but it gets you to your goals faster. The young Indian referees have a passion that could drive Formula 1 cars at maximum speed," Garcia said.