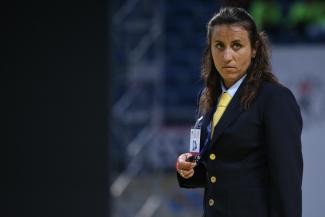 CORSIER-SUR-VEVEY (December 23) – The executive committee of United World Wrestling this week approved a pre-selected list of referees for the 2016 Olympic Games in Rio De Janeiro.

The Refereeing Commission, an independent group of officials led by Antonio SILVESTRI (GER), compiled the pre-selections by reviewing the performance of referees from around the globe.

“The great thing about the selection process was that it worked as designed,” said United World Wrestling vice president Stan DZIEDZIC. “In 2013 the International Olympic Committee asked us to create an independent refereeing commission. We did so and are seeing fantastic results from the hard work of Mr. Silvestri and the entire refereeing commission”

The number of referees headed to the Olympic Games was reduced from 80 in 2012 to only 50 for the 2016 Games. That cutback meant a need for increased accountability for many referees, who are subject to reviews and re-classifications based on their on-the-mat performance.

In order to ensure the quality of refereeing through the 2016 continental championships and Olympic qualifying events the referee commission was also given the opportunity to replace referees who make significant errors during those events. Referees must also retain good standing and stay current with their licenses.