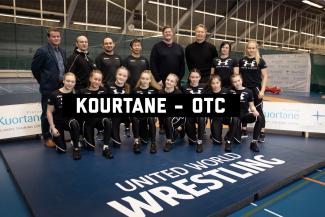 KUORTANE, Finland (January 15) -- The Kuortane Olympic Training Centre in Kuortane, Finland, which serves as one of United World Wrestling's High-Performance training centres, has added a new wrestling hall, which will be inaugurated in March, with a 1000m2 surface and new wrestling mats.

A women's training camp is expected to take place at the new wrestling hall in May with participants from nations such as Russia, Japan and Finland.

In addition, a Finnish junior women's wrestling team has been established. The team is called the Petra Junior Team, named after Finnish wrestling star Petra Olli, and consists of eight teenage girls carefully selected from the best young female wrestlers. They are training and studying at the Kuortane Olympic Training Centre.

"This is actually a historical action from us to invest this much to young female wrestling athletes," said Tapio Korjust, who serves as director of the Kuortane Olympic Training Centre.

The Kuortane Olympic Training Centre is a unique, multisport and highly international training, wellness and education facility. It offers sport and wellness services for single individuals, groups, teams and top athletes. It has been instrumental in developing top international athletes while maintaining world class conditions and know-how.

The campus is located in the beautiful, natural surroundings on the shore of Lake Kuortane. This peaceful environment provides superb facilities to train and recover.