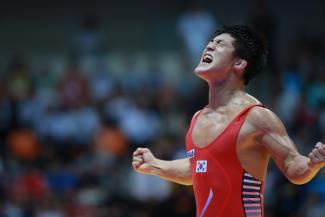 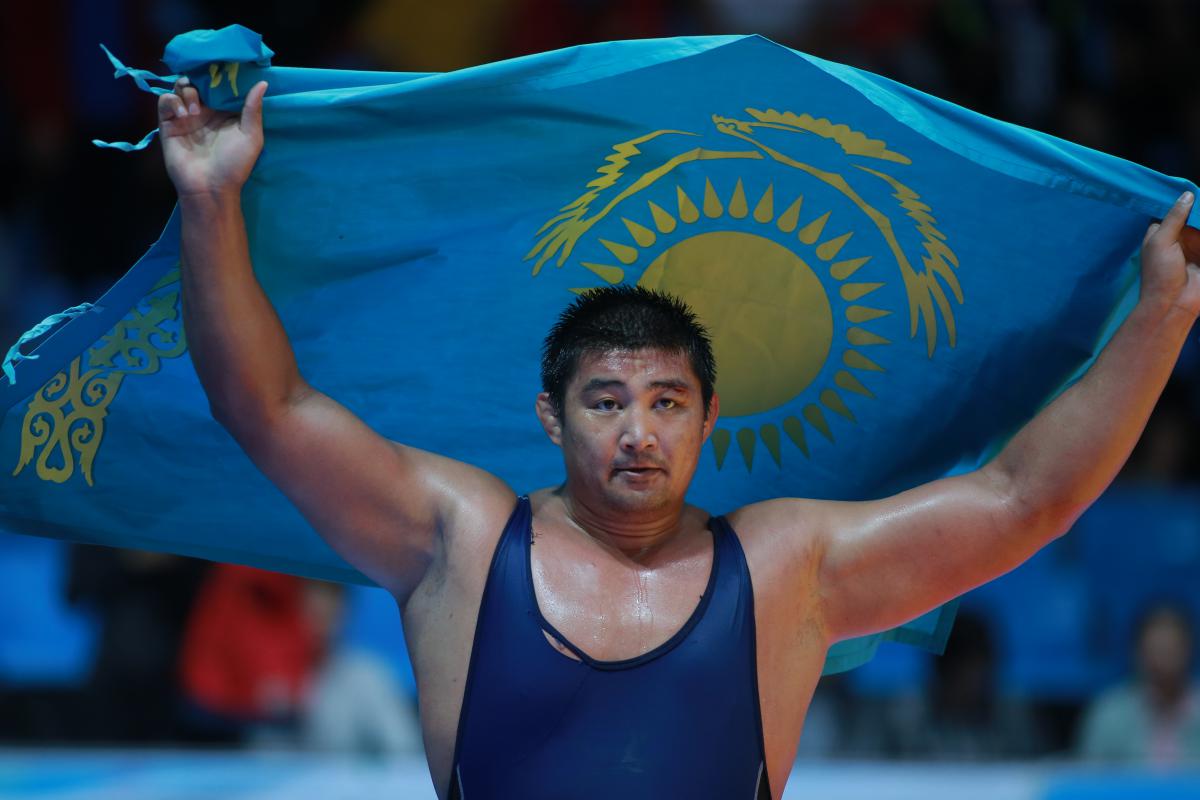 It was another tough day for Iran on the wrestling mats, as all four entries were forced to rebound for bronze medals after disappointing losses in the championship bracket.

Mojtaba KARIMFAR (IRI) lost by disqualification to Lee while leading 5-2 in the 85kg quarterfinals, and two-time former Asian championships winner Bashir BABAJANZADEH (IRI) lost 1-0 to Tinaliev in the quarterfinals at 130kg. 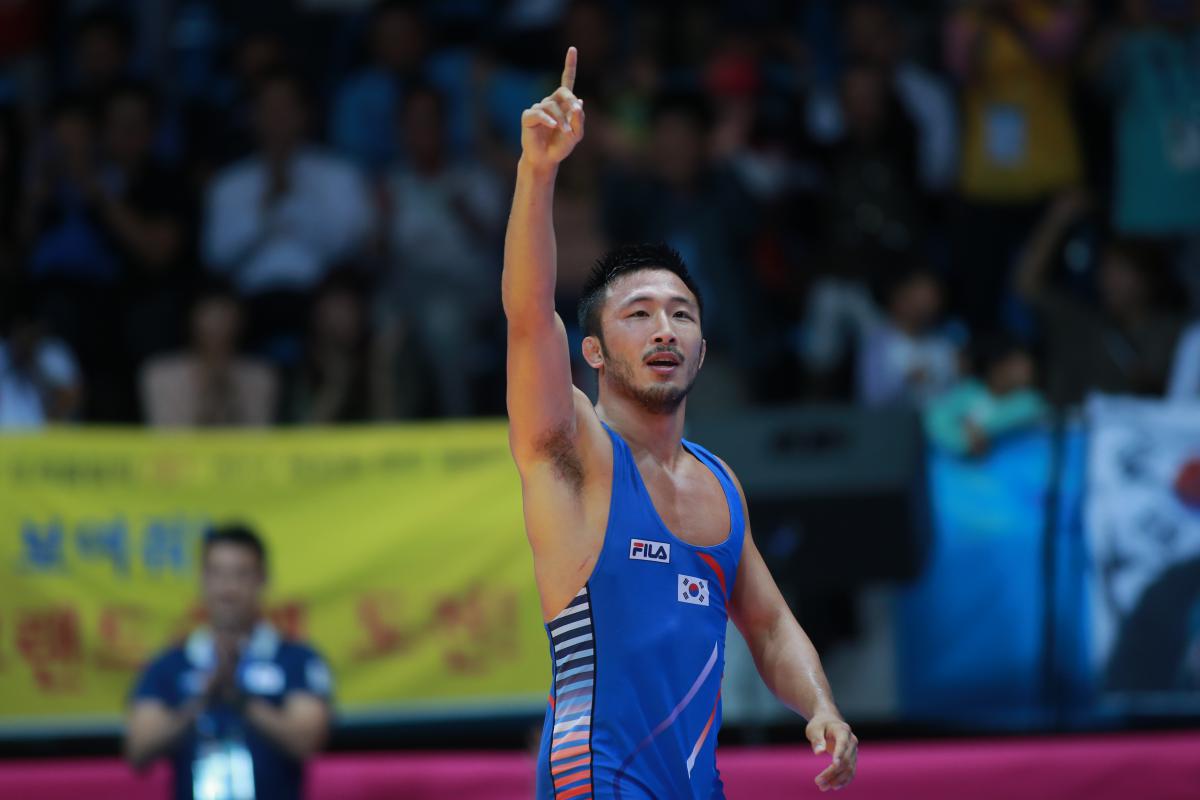 World champion RYU Han-Soo (KOR) received a point on a passivity call against London 2012 bronze medalist Ryutaro MATSUMOTO (JPN) in the second period and added a late force-out point for a 2-0 triumph.

The silver was the second Asian Games medal for Matsumoto, who also won a bronze medal at Guangzhou 2010.

World bronze medalist at 71kg Afshin BYABANGARD (IRI) hit a headlock midway through the first period for a 4-1 advantage over Elmurat TASMURADOV (UZB) and extended to a 7-1 victory.

In the semifinals, Ryu won a barn-burner over Tasmuradov over took the first four points with a headlock. Ryu answered with an whip-over, but the 59kg Asian champion regained the lead with a bodylock takedown. Ryu again scored with a bodylock and throw-by in the final five seconds for a 6-6 win on criteria.

World and Olympic Games champion KIM Hyeon-Woo (KOR) was relentless in pressuring Takehiro KANAKUBO (JPN) for the entire six minutes of their Asian championships rematch. Kim emerged from par terre scramble with a 3-0 lead in the first period and extended to a 4-0 win.

In the bronze medal bouts,. Doszhan KARTIKOV (KAZ) coverted a par terre chance in the second period with a back-arching throw out-of-bounds for a 2-0 win over Samat SHIRDAKOV (KGZ) in a match of fifth-place finishers at the Asian championships in April.

Junior world runner-up Payam BOUYERI PAYANI (IRI) rolled up a quick technical fall, 11-0, over Amanaly ATAYEV (TKM) at 2:23 for the other bronze medal. 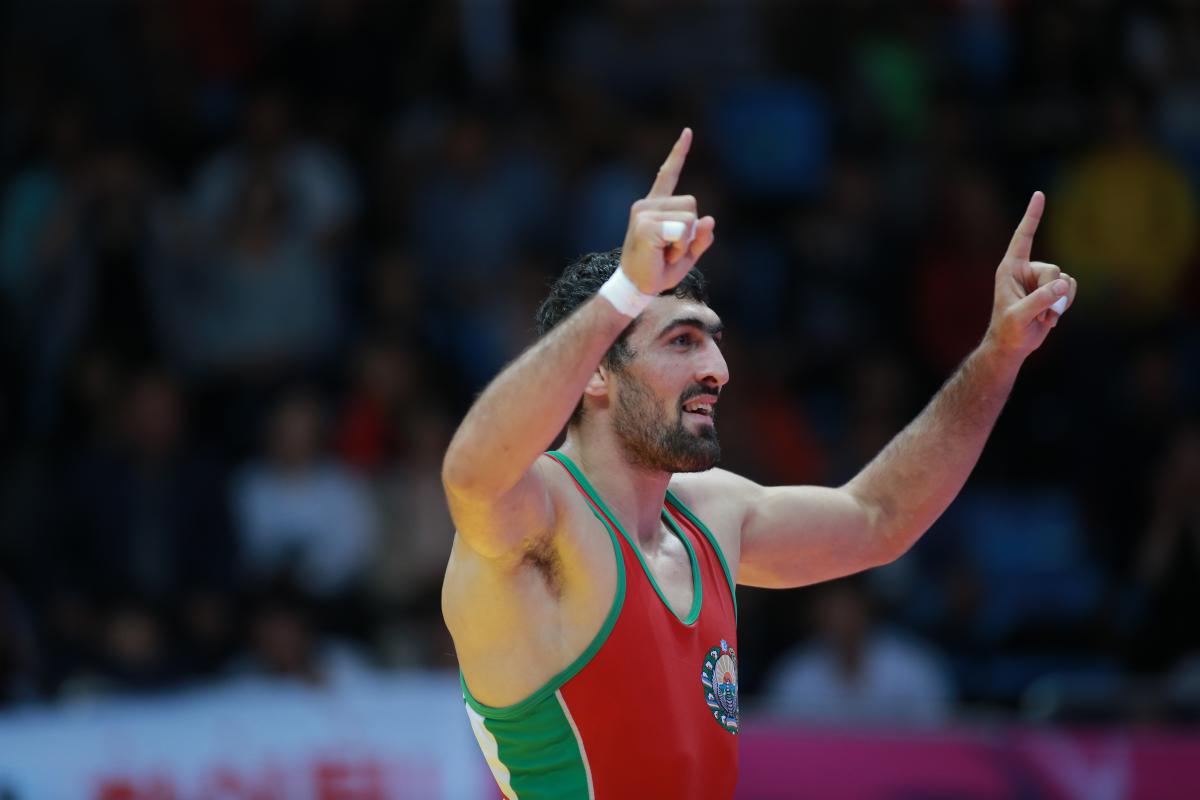 Rustam ASSAKALOV (UZB) wrapped up LEE Se-Yeol (KOR) with a tight waistlock in the first period and knocked for four gut wrenches for an 8-0 technical fall at 2:22.

In the bronze medal matches, PENG Fei (CHN) turned a pair of gut wrenches in par terre for a 3-0 lead and Nursultan TURSYNOV (KAZ) could only answer with a single lift going out of bounds as Peng held on for a 3-2 win.

World bronze medalist Nurmakhan TINALIEV (KAZ) muscled his way to three force-outs and a snap-down takedown for a 5-0 win over KIM Yong-Min (KOR) and the gold medal in his second straight Asian Games.